CAPFs and the enemy within

CAPFs and the enemy within 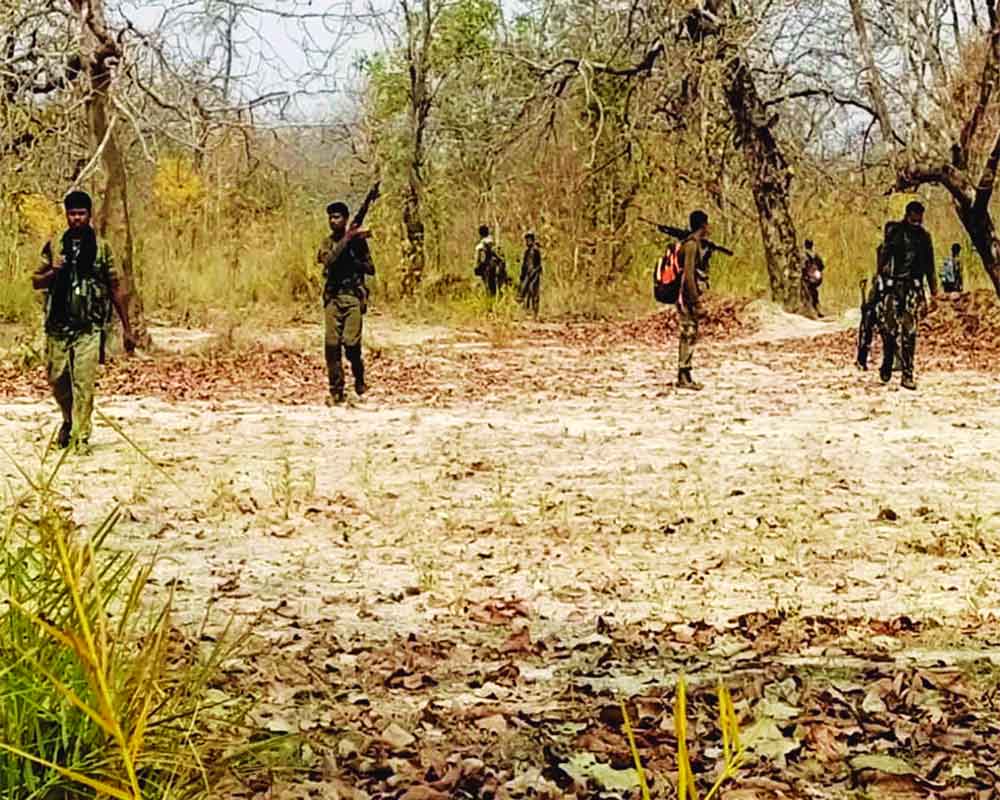 As the Chhattisgarh ambush tragedy proves, the CRPF needs to enhance its counter-insurgency tactics and leadership training

On its website, the Central Reserve Police Force prides itself for being the largest Central Armed Police Force (CAPF) in the country and claims to be “the premier central police force for internal security”. Given its recent brush with disaster in Chhattisgarh, the latter claim seems a trifle awkward and its top leadership would do well to tone down such self-aggrandisement, focusing instead on enhancing leadership training, professional skills and counter-insurgency tactics.

Indeed, had they done so earlier, the need to mourn the death of Sub- Inspector Deepak Bhardwaj and his 21 colleagues may not have risen at all. The wounded 31 others would not be facing the likelihood of being plagued by the Post-Traumatic Stress Disorder (PTSD), a universally accepted debilitating mental condition, which incidentally neither the military nor the police hierarchy acknowledges. Most importantly, the Force would have avoided the humiliation of being constrained to negotiate with extremists for the freedom of Commando Rakeshwar Singh Manhas who was taken hostage.

Of course, anyone who has been involved in counter-insurgency operations clearly understands that operating in such an environment is not just physically challenging or mentally demanding, but also fraught with uncertainty. A single error or just plain bad luck can make the difference between winning big or losing it all. On occasions, even the best laid plans have been known to go awry while sometimes, despite poor planning or errors in execution, operations have ended in success. Thus, leaderships tend to take losses in their stride in the understanding that tactical wins and losses are just opposite sides of the same coin, to be treated with equanimity. The ultimate goal of forcing the insurgents to abjure violence with the minimum number of casualties among the Security Forces (SFs) must not be lost sight of. It is only then that a viable political solution can be negotiated.

For the uninitiated, it may come as somewhat of a surprise that boredom and complacency are the most dangerous and implacable enemy that the SFs confront, not the insurgent; however well-equipped, trained or motivated s/he may be. It is a no-brainer that as a general rule of thumb, the successful units have outstanding leaders always willing to lead from the front. Focused on ensuring that their men are conversant with the enemy and terrain, physically and mentally tough, disciplined and motivated enough to give their all for the team. Along with these building blocks, the key ingredient to success is a good intelligence network, higher commanders with strategic vision and detailed operational planning.

Unfortunately, we saw none of this on display during this rather wretched encounter. It truly takes a very special kind of incompetence for such a large force, reportedly over 2,000-strong, to be ambushed in the manner that they were, unable to retrieve their casualties for over 24-48 hours. Sadly, as we all know, this is not the first time that the CRPF has been at the receiving end. Obviously, it suggests that there are serious systemic deficiencies that, for one reason or the other, have not been corrected.

One of the biggest drawbacks the organisation faces is the transient nature of officers from the Indian Police Service who are deputed. These officers come at the level of the DIG or above in a supervisory role and have little in-depth practical experience or knowledge of the counter-insurgency tactics, environment or of the units that have been placed under their command. Their interest is more to do with their own career progression than anything else. This explains why the so-called “elite” Commando Battalion for Resolute Action (COBRA) units, which are the sword arm of the CRPF’s counter-insurgency operations, are supervised by a Sector HQs under an IGP, located within the National Capital Territory, thousands of km from their area of operations.

Even in this ill-fated operation, for example, one telling fact that emerges is that among the 50-odd casualties, there was only one officer, a wounded Assistant Commandant. This raises a number of questions, the chief one being where were the officers? It does suggest that the sub-units were not led by officers, which would account for the laxity and lack of motivation that clearly comes through.

Obviously, the Government has given in to vested interests and it is unlikely that relevant lessons will ever be learnt from such incidents. We are, therefore, bound to see a repeat of this event in the not-too-distant future. Interestingly, in one of his James Bond novels, Ian Fleming writes: “Once is happenstance. Twice is coincidence. Three times is enemy action.” In this context, that this Force was subjected to enemy action is clearly not in doubt but what remains unclear is, are we looking for the enemy in the right place? Maybe, they really need to look inwards.

(The writer is a military veteran, who is a Visiting Fellow with the Observer Research Foundation and Senior Fellow with The Peninsula Foundation, Chennai. The views expressed are personal.)