China’s meteoric rise against all

China’s meteoric rise against all 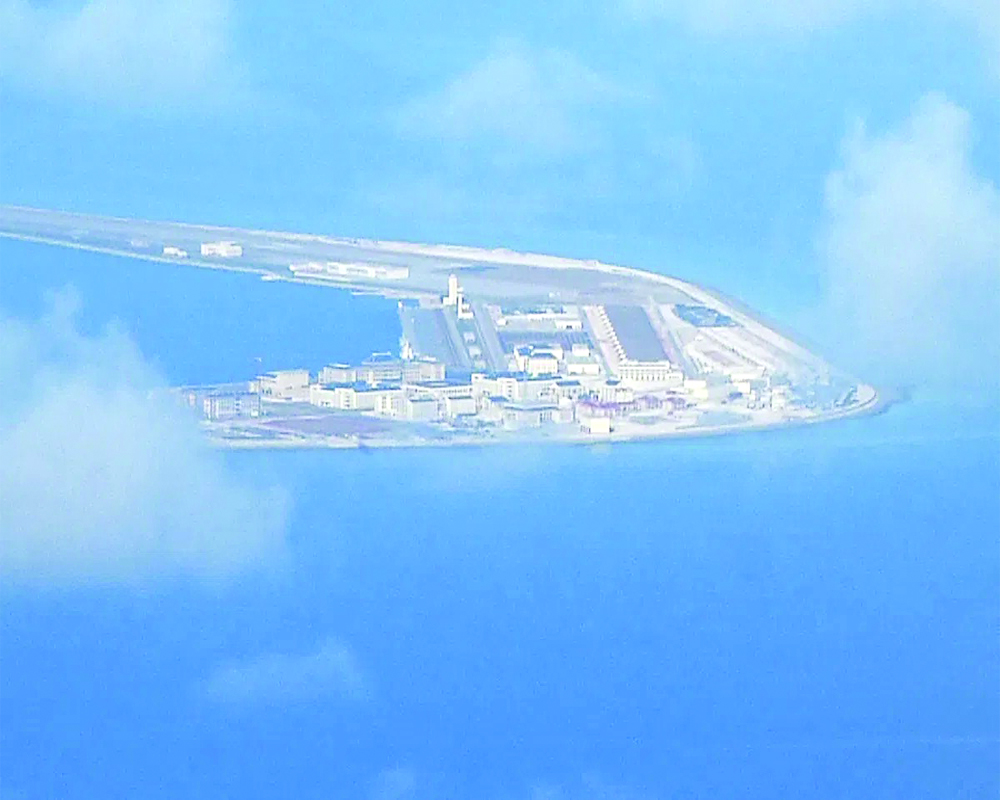 China is rising. More than its political statecraft, the economic system is aggressively encircling the world. This year will complete China’s two decades in the World Trade Organization (WTO). Now the moot point is whether China’s economic strength and multinational projects abroad are threatening the very existence and dominance of the West.

China enjoyed its dominance for millenniums until the combinations of western technological advancements brought the downfall of its last ruling Qing Dynasty. The dynasty that ruled for more than 268 years collapsed in 1911-12. Another important cause of its decline was its gross miscalculation of the strength of the European and Asian imperialistic ambitions. Further it encountered internal turmoil in a series of devastating rebellions in the beginning of 1794. Some of these internal disturbances were the White Lotus Rebellion, Boxer rebellion 1899-1901 and finally, the Wuchang Uprising of 1911-12. Since the 1920s, China has seen two civil wars and constant confrontations with Japan. These all resulted in decades of violence leading to the death of millions of people across China.

The Qing Dynasty could not control a multitude of internal rebellions spreading mostly at the regional centres. Then came the Chinese Revolution of 1949 under the leadership of Mao Zedong which put an end to all conflicts that plagued China for decades. The Revolution finally led to the consecration and establishment of the People’s Republic of China (PRC) on October 1, 1949. Its main adversary was the Nationalist Party of China led by Chinag Kai Shek, who by then was exercising maximum power in the Republic of China (ROC). But then Mao and his Communist revolutionary supporters wrote a new history of China by defeating forces of the ROC.

For the last two decades, the Communist bosses in Beijing have articulated an image of glorious restoration of Chinese civilisation within the country. It was done simply for the purpose of not provoking undue concerns over the tilting global balance of power. What China wanted in international forums was its due recognition and it has performed well. Such an approach to globality was largely influenced by the country’s legendary statesman Deng Xiaoping (December 1978 to November 1989), the man who heralded a slew of market-economy reforms to open up the country’s vast resources to the world. Precisely, he even dared to abandon many hardcore Communist doctrines and incorporated a host of principles related to free enterprises. Though a diehard party man, he engineered reforms in all branches of the Chinese society. To him, “Reform is China’s Second Revolution”. After the infamous excesses of the Cultural Revolution of the Mao era, Deng embarked on a new path of growth that eventually helped lifting millions out of poverty for which he was rightly branded as the “Architect of Modern China”. From Jiang Zemin to Hu Jintao and then to Xi Jinping, China has undergone massive transformations of leadership, economy and statecraft.

China’s economic performance in the last four decades has been nothing short of a miracle. When Deng Xiaoping was the chairman of the Chinese Communist Party (CCP) in 1978, China’s GDP was $150 billion as estimated by the World Bank.

When we go back to history, what we find is astounding. China was the world’s largest economy in the year 1820. And today, China is again the second largest economy of the globe, but with entirely a different agenda. James Monroe, who took over as the fifth American President from Thomas Jefferson on March 4, 1817, saw China’s Qing dynasty approaching the third century of imperial rule when that country had the largest share of the global GDP.

To many in Asia, the instances of China berating its Asian peers such as India and a group of South-East Asian nations bragging rights over the South China Sea (SCS) hint at how violent Beijing could be in future. Genuinely, they fear that China propelled by a roaring economy and modern military might supported by 21st century communication technology may cross the red line any time. Following the U-shaped nine-dash line which was adopted from the Chinese maps in the 1940s, Beijing claims almost 90 per cent of the disputed SCS. And to ward off all other competitors from the highly contested and sensitive SCS, Xi could abandon all niceties and brusquely reclaim it all over.

Why Xi is in a hurry? The global China observers are offering, at times, diametrically opposite hypotheses. One of them which is gaining currency for some time is that the President-for-life (as Xi is known today) is working hard to sustain a moribund Leninist political system that is fast passing into oblivion. Another hypothesis argues that Beijing is remoulding the global order in its favour and is in no mood to accept the so-called liberal order that has been overshadowing the globe since 1945. Some others say that Xi is more preoccupied with a definite timeline (though he had removed presidential term limits in 2018) so as to shift the global status quo supported by the Chinese economic and technological statecraft.

Currently, the establishment of Biden has rightly highlighted authoritarianism as a major threat to democracy all over the world. But this is a shared global challenge, not specifically made for America. What China has become i.e. manufacturing hub of the world, is just because of the leverage offered by Western nations, including the US. In September 2000, the big corporate bosses of America and major political leaders of the Democratic and Republican parties unanimously favoured China’s entry into the WTO. And all of them favored granting China “Permanent Normal Trade Relations” (PNTR) status. Simultaneously, the US Chambers of Commerce, the National Association of Manufacturers, the media, intellectuals and almost all the experts on foreign policy stressed that it is the right moment for the American business enterprises to enter the huge markets of China to enhance their competitiveness. It was then an unassailably correct perspective as many in Washington and particularly the corporate media of the country aired the view that it is good that America started trading with China. And many of them hold the view that American trade with China will help in the expansion of freedom in that country. Even then US President Bill Clinton called Beijing’s accession to the WTO “the most significant opportunity that we have had to create positive change in China since the 1970s” and advocated that it would “commit China to play by the rules of the international trading system”. At the same time then Chinese President Jiang Zemin and Premier Zhu Rongji expressed commitments to go by the international rule book.

However, what transpired later down the decades is nothing but a crude model of state capitalism favouring the country’s state-owned enterprises (SOES) and massive stealing of intellectual property rights of the foreign companies by the local business houses. Initially the reformist lobby in Beijing worked very well, but China’s economic model didn’t welcome market liberalism and much awaited political reforms in the country. The impetus for reform wavered particularly under the Xi regime. The WTO membership finally helped China gaining access to the American and other global conglomerates without changing its market structure and party-led political system. Eventually, this has led to catastrophe in the global labour and wage market.

Viewing US-China relationship as a zero-sum military and economic struggle by many pundits will simply set aside room for cooperation that the world desperately demands at the moment. China’s rise from an extreme poverty to a middle-income country is welcome, but the country is refusing to initiate reforms to fit global norms. Moreover, its leadership and the CCP have been playing a masterful game to squeeze all the benefits of international institutions. China’s rise is not permanent. The way it is moving forward it will soon cross the red line of rapprochement with the economic giant. Therefore, it is in the US’ interests also to engage China and make it abide by the rule book. And this is where America and the whole world can hope for shared peace and prosperity.