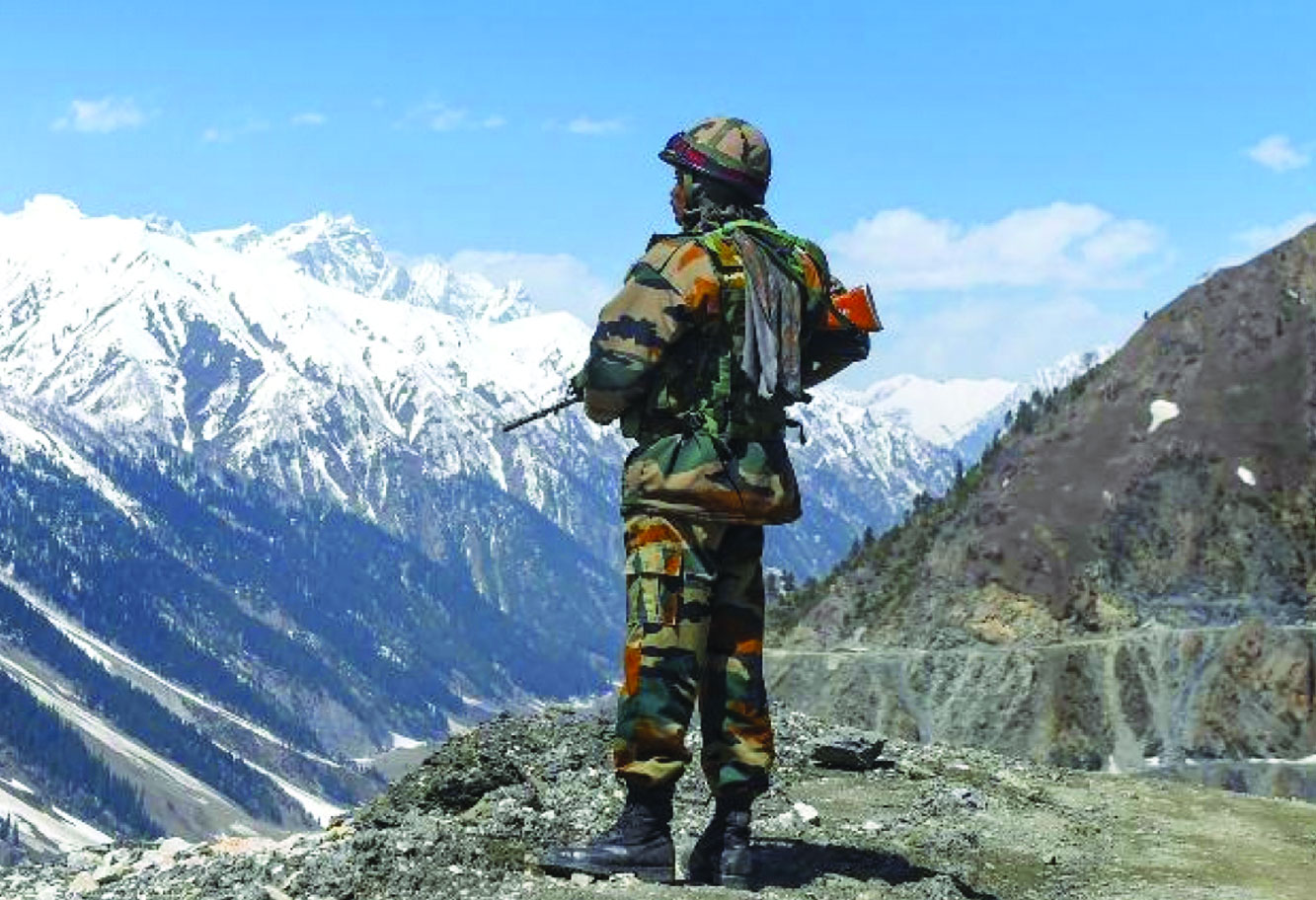 As we see off a rather turbulent and difficult year, it would be worthwhile to review how well the military faced up to the nation’s security challenges and, more importantly, where it goes from here. As has been the case with the vast majority of peoples and countries around the world, the COVID-19 impact has been quite disruptive and debilitating for our military as well. A situation no doubt further compounded by the unprovoked aggression by the Chinese People’s Liberation Army (PLA) in Eastern Ladakh along the Line of Actual Control (LAC), which undoubtedly caught the military by surprise.

The year had started on an excellent note with the Government finally biting the bullet and announcing the appointment of General Bipin Rawat as the first Chief of Defence Staff, two decades after it was first officially mooted following the Kargil conflict. It went a step further by carving out a Department of Military Affairs, to be headed by the CDS as its ex officio secretary, to deal with issues pertaining exclusively to military matters. While a year is insufficient to comment on the efficacy of these changes, suffice it to say that General Rawat has not distinguished himself in his new role.

However, the unilateral and partially successful attempt by China to alter the status quo along the LAC thrust a wholly unprepared military into the deep end, pushing all other concerns out of the window. Till the commencement of this imbroglio, the substantial tract of disputed territory that we claim was regularly patrolled by our security forces as per the mutually accepted protocols that have been in place for over two decades. Also, make no mistake, despite all the talk of mutual withdrawal and easing of tensions, there is little doubt that the Chinese have no intention of withdrawing from the occupied areas, especially in the Depsang and Galwan sub-sectors, without making us pay a heavy price.

The PLA now poses a clear and present danger to our positions at Daulat Beg Oldi. Its loss in any future conflict would adversely impact our ability to continue holding on to the Saltoro Ridge, west of the Siachen Glacier. That would be a serious strategic setback as currently our occupation of the Saltoro Ridge allows us to dominate the entire region up to the Karakoram Pass, including the Shaksgam Valley that has been illegally ceded to China by Pakistan. Our existing posture threatens the security of the China-Pakistan Economic Corridor (CPEC) passing through this region as it is vulnerable to interdiction. Its importance to both China and Pakistan cannot be overestimated given the massive investments made, which could be motivation enough for collusive or collaborative action by the two neighbours.

Despite the Army having been caught napping in the initial stages, its speedy and robust response — especially after the horrendous loss of lives at Galwan — was commendable. Subsequently, under the ambit of “Operation Snow Leopard”, it raised the stakes considerably by occupying dominating heights along the Kailash Range in the Chushul and Pangong Tso sub-sectors which has negated some of the PLA’s earlier advantages. While these heights are well in depth within our territory and have never been claimed by the Chinese, they do dominate both banks of the Pangong Tso as well as the important Chinese administrative base at Moldo. Most importantly, it allows us to choke off the Spanggur Gap, the area through which the PLA’s mechanised elements could otherwise have advanced towards our positions at Chushul, thereby opening up an approach to Leh. However, the shoe is now on the other foot, as it provides us a suitable launch pad for a riposte towards Moldo and the Chinese depth areas, if the situation so warrants.

However, we should not be misled by the selective rhetoric which suggests that the Chinese are on the back foot, the PLA is demoraled and their leadership floundering for a way out of the impasse without loss of face. While our action does give us a tactical advantage and has stabilised the situation, it has by no means robbed the PLA of the inherent advantages it enjoys, given the superior economic strength and its military size. However, they may be in for an unpleasant surprise, given the extended lines of communication and difficulties of combat at such high altitudes, apart, of course, from the fact that they face an extremely tough and battle-hardened opposition with ample experience in mountain warfare.

On our part, we have to accept that our Government has always had a very defensive mindset when it comes to China. In fact, the Modi Government has shown excessive restraint at the present time, not only refusing to name China but going so far as to try and delink the Depsang intrusion from the transgressions elsewhere in an attempt to justify the ongoing negotiations, which appear to be restricted to troop withdrawals from the Chushul-Pangong Tso sub-sector. Even our occupation of the Kailash Range was only in response to the PLA’s transgressions in the vain hope that it would deter further attempts at ingress or escalation. On that occasion, the PLA probably miscalculated our willingness to stand up to their provocative behaviour and was thus caught off guard by our robust response. At that time, they just did not have the requisite force levels in place to react before the onset of winter.

In similar circumstances, a more determined Government would probably have responded to such aggression by mirroring the Chinese and resorted to “salami slicing” actions along the LAC by occupying disputed areas along our claim line where the PLA has no permanent presence. This could have then been used as a bargaining chip during negotiations to ensure an equitable delineation of the LAC which, in time, would have allowed the Prime Minister to negotiate and resolve the border issue to our advantage.

The Government’s unwillingness to take the initiative is partly explained by its fear of Chinese reaction as well as driven by the fact that it has no illusion as to the poor state our military is in; something that cannot be rectified in short order by loosening the purse strings. Unfortunately, misperceptions, lack of clarity and sheer disinterest in strategic affairs have been the hallmark of our political leadership, which finds little time for anything other than domestic politics. This has resulted in a superficial understanding of the geopolitical complexities surrounding the issue of national security at the institutional level.

The Armed Forces have borne the brunt of this ignorance, being subjected to neglect by successive Governments over the years. In all likelihood, it has been premised on the belief, however misconceived, that a powerful military poses an existential threat to the political dispensation in power. It must, therefore, be kept in check and out of decision making. However, far more damaging has been the political leadership’s belief that the military’s utility has been severely constrained, if not rendered irrelevant, as chances of a conventional conflict have greatly diminished with the advent of nuclear weapons in the region. A belief which has been given considerable boost by the Army leadership’s almost single-minded focus on counter-insurgency operations; even to the extent of accepting a gradual degradation of our conventional capabilities without protest.

As to the future, there is little scope for optimism as a few months from now will herald the start of a new campaigning season along the LAC as the snow melts. Given our defensive mindset, our choices will be wholly limited to dancing to the PLA’s tune. Their options are many; they could, for example, play a waiting game and do nothing at all for now, having already forced us to concede territory. On the other hand, they could exert pressure elsewhere along the LAC to ensure that we respond in much the same manner we did this year. In fact, their biggest error would be to escalate the situation to teach us a lesson as then Modi would be forced to respond in kind, to avoid his reputation being tarnished.

However, if President Jinping does not cross that Rubicon, the Modi Government will continue to do what it does best, focus on increasing its footprint by winning the forthcoming Bengal elections. Undoubtedly, it will resort to dissimulation regarding the LAC situation, using every means at its disposal to push the narrative that our borders are quiet, safe and inviolate. It will then be back to business as usual and the CDS could then return to the onerous task of simplifying military uniforms and badges of rank.