Dark days ahead for Pakistan

Dark days ahead for Pakistan 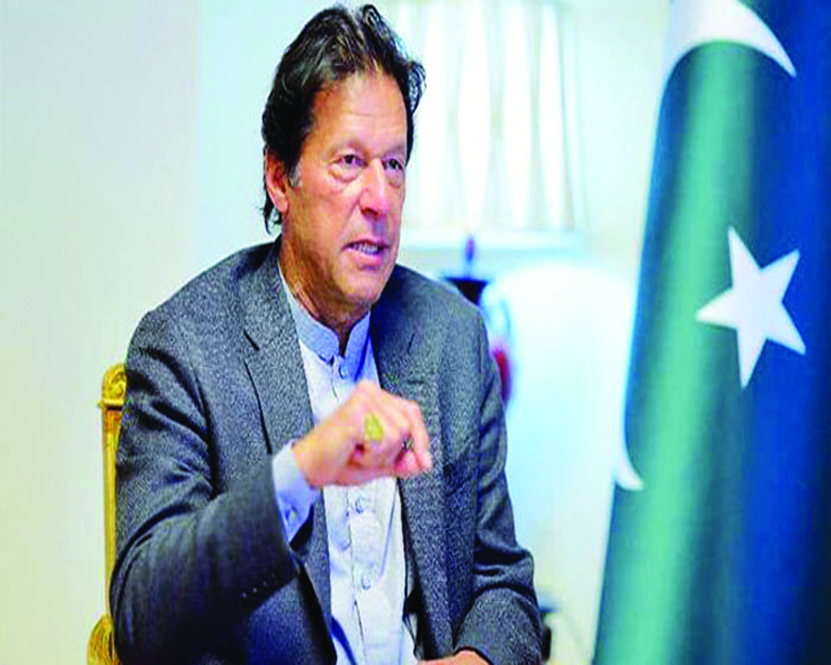 TLP leader Rizvi, by demanding expulsion of the French Ambassador, has caught Imran Khan by his throat

The Pakistani Government and the religious fundamentalist Tehreek-e-Labaik Party (TLP) have agreed to place the issue of expelling the French Ambassador before the Parliament. The TLP is a far-Right extremist group which wants strict enforcement of the blasphemy laws in Pakistan which are often used to target Ahmadis, Hindus, Sikhs, Christians and so on. In 2017, the TLP launched an agitation which brought the whole of Pakistan to a standstill over a proposed change in an election law, which it said was against the concept of “khatme nabuwat (finality of Prophethood).” Now, the TLP has demanded the expulsion of the French Ambassador and nixing all trade ties with France, as cartoons of the Prophet had been shown there and President Macron had said this was part of the freedom of speech guaranteed by the French law. I think any MP in Pakistan who will plead against expulsion of the French Ambassador in the debate will be placing his life at risk and becoming “wajib al qatl (deserving to die)”, like those members of the French National Convention who in January 1793 voted to spare King Louis 16 from the guillotine.

TLP leader Rizvi, by demanding expulsion of the French Ambassador, has caught Prime Minister Imran Khan by his throat and is twisting it slowly but surely. If the demand is accepted, all Western nations (including the US, UK, Germany, Italy and so on) may cut off diplomatic ties, trade and aid to Pakistan, which will swiftly bring the country to its knees financially. But if it is not accepted, then Imran Khan will be branded as a collaborator with those who have insulted the Prophet. In his election campaign in 2018 Imran Khan hobnobbed with Tehreeke Labaik and other extremist groups to get votes, and gave his party’s tickets to dubious electables, including many shady businessmen and the infamous Amir Liaquat, whose TV show resulted in the killing of many innocent Ahmadis. He expelled Atif Mian, an internationally-renowned, Princeton-based economist from the Pakistan Economic Advisory Council only because he was an Ahmadi. Thus, Imran Khan abandoned all his professed principles soon after coming to power, and became a pucca politician, like a Faust doing a deal with a Mephistopheles. Under his rule the Pakistani economy has gone downhill, with rising unemployment and skyrocketing prices of foodstuffs, fuel, electricity and so on.

In the current crisis, with large-scale protests and demonstrations going on all over Pakistan, Imran Khan thought that by entering into an agreement with the TLP he could ward off the danger. In fact it was like Neville Chamberlain signing the Munich Pact with Hitler in 1938, and announcing, “It is peace in our times.” Churchill rightly called it a dishonourable surrender, and the Second World War started the next year. Imran Khan forgot that surrender to blackmailers only invites further blackmail. He will soon realise this. The next demand will be strictly enforcing the blasphemy laws against the minorities. I believe Imran Khan’s days are now numbered and the army will rule. However, many army personnel are reportedly supporters of the TLP, and the example of Governor Salman Taseer’s assassination would have put fear in the hearts of generals or officers who would like to suppress the TLP.  Hence a time may come when a TLP-led Government  might  be formed. The TLP is as feudal minded and reactionary as the Taliban. So Pakistan is headed towards the Middle Ages, and we may soon see sharia law imposed in full rigour in Pakistan, with women stoned to death for adultery and limbs of thieves cut off. Those who do not say namaz five times daily will be flogged. And of course poverty, unemployment, child malnourishment are all Irrelevant. All that matters will be how to attain jannat (heaven) even if it is on an empty belly.

(The writer is a former justice of the Supreme Court of India. The views expressed are personal.)