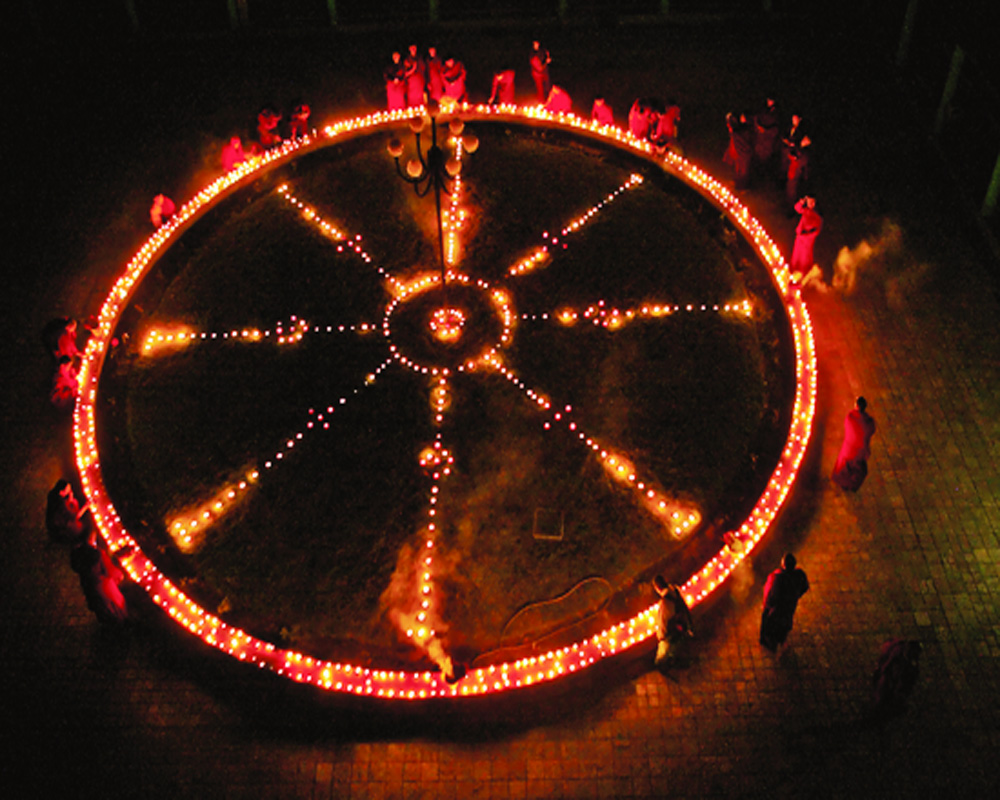 What is Dharma? This question baffles many and there is a considerable confusion that surrounds the idea. This is why there are so many interpretations of Dharma. Sometimes diametrically opposed to one another. But it is important to understand that Dharma is a universal construct deeply rooted in ethics. In fact, Dharma is another name for ethical conduct. People think that Dharma and religion are synonymous but this is erroneous. Dharma is universal, eternal and a guide to rightful conduct. That is why righteousness is the core of the idea of Dharma. Righteousness is the basis of rightful conduct and religion is a means to understand the nature of rightful conduct. Offering prayers in a place of worship is only a part of Dharma. However, Dharma is much more. The Taittreya Upanishad brings out the essence of Dharma very succinctly in the Shikshavalli section. When the pupils complete their learning in the gurukul, the Guru delivers the final lesson, called Dikshant, like the convocation of present times. The crux of this final lesson lies in these two terms — Satyam vada, Dharmam char. That is adhere to the truth and follow the path of righteousness or Dharma. These two terms are also the essence of Dharma. It lies in action. Action that is rightful, action that is ethical. But the issue is how to evaluate this action. How to determine the rightfulness. This is the question that is most difficult to answer. Individuals have their own interpretation of Dharma and every one believes that he or she has followed the path of Dharma in the action taken. This is the reason why people tend to justify their actions. It is an ego defense mechanism that leads to justification. It is ego that is the reason for this mechanism called rationalisation. Logic or reasoning is always resorted to in order to justify one’s action. So even Hiranyakashyap or Ravana or Duryodhana all had their reasons for their blatantly wrong deeds. Here, it is important to understand that usually people do not commit a wrong act if they believe that it is wrong. Their ego makes them believe that their actions are just. The ego puts a veil on their reason and makes them follow unreason. The Indian philosophy calls this Avidya. This does not allow them to see the truth and examine their actions in right perspective. Even the most heinous acts do not give a feeling of remorse or guilt as it is believed to be right and excuses are found. The answer lies in removing the veil of ego or Avidya and this can only happen by realisation. Realisation leads to objective evaluation of one’s actions. This comes by awakening the conscience and looking within. The conscience is the guide to Dharma and is in every human. Only it is in different stages of awakening. Thus, some are more awake than others and can achieve realisation easily. The purpose of Dharma is to show the righteous path and this requires constant guidance from the conscience. Due to differences in levels of awakening, people differ in their ability to attain realisation and discriminate between the right and the wrong. But it is to be understood that every human being has the potential for this realisation and experience the awakening. All that is required is the right kind of training or learning. The degree of intervention may vary but essence of Dharma can be understood by most.

Pathak is a professor of management, writer, and an acclaimed public speaker. He can be reached at ppathak.ism@gmail.co