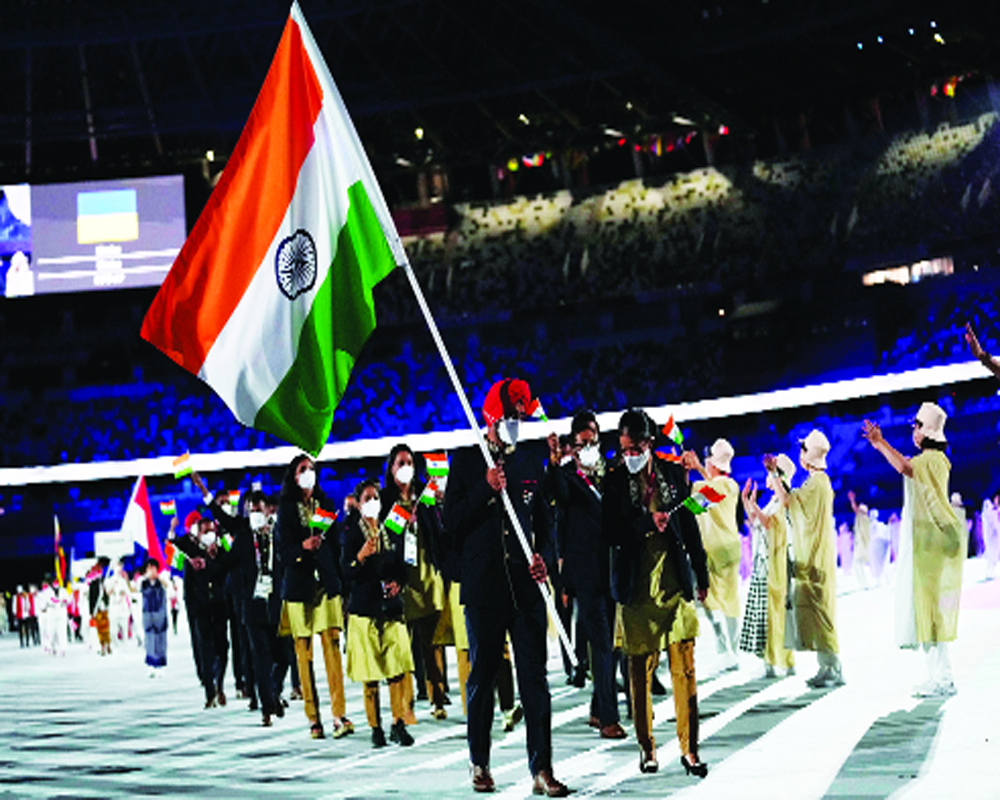 The Tokyo Olympics have started. Only blood, sweat and tears will lead to glory

The greatest sporting spectacle in the world has begun in Japan, even though under the scary shadow of the pernicious SARS-Cov-2 virus. Over the next two weeks, the best athletes from around the world will compete in 33 sports and 46 disciplines. As always in the 125-year modern history of the Olympics, the global audience will be wowed by the superhuman performances of the athletes, wondering how some people — with the same number of limbs, developed more or less in the same proportion and living on the same planet as us — can achieve the seemingly unattainable or near-impossible. But, put in a nutshell, that’s what the Games are about. However, never before in the history of the modern Olympics have the Games ever been organised in an odd-numbered year even though these have survived boycotts, natural calamities and man-made wars. Another first is that no spectators would be present inside stadia, thanks to the raging COVID-19 pandemic. Think about it, the world’s biggest sporting stage, and not a single soul to cheer the athletes, say, the fastest woman and man on Earth? In a way, it’s poignant.

Focusing on India, a total of only 20 Indian athletes from seven sports (besides six officials) participated in the opening parade on Friday evening. India is being represented by more than 125 athletes in this instalment of the Olympics, with the overall contingent size being 128 members. The parade number was deliberately thinned owing to COVID-19 concerns and the deputy chef de mission had already made it clear that the athletes who have competitions lined up on Saturday — primarily, archery, hockey, shooting and badminton — would stay away from the opening ceremony festivities. From the men’s hockey team, only captain Manpreet Singh participated in the event as he was India’s flag-bearer along with pugilist MC Mary Kom when Team India proudly walked out into the stadium at number 21st as per the Japanese alphabetical order. The expectations of 130 crore Indians must be weighing heavy on the Indian contingent as it tries for the first time ever to take its medals tally into double digits. So far, our best showing was in the 2012 London Olympics, where Indian athletes managed to scoop up six medals, though none of them was gold. Hopefully, things will turn better this time around. Meanwhile, let the Games begin!