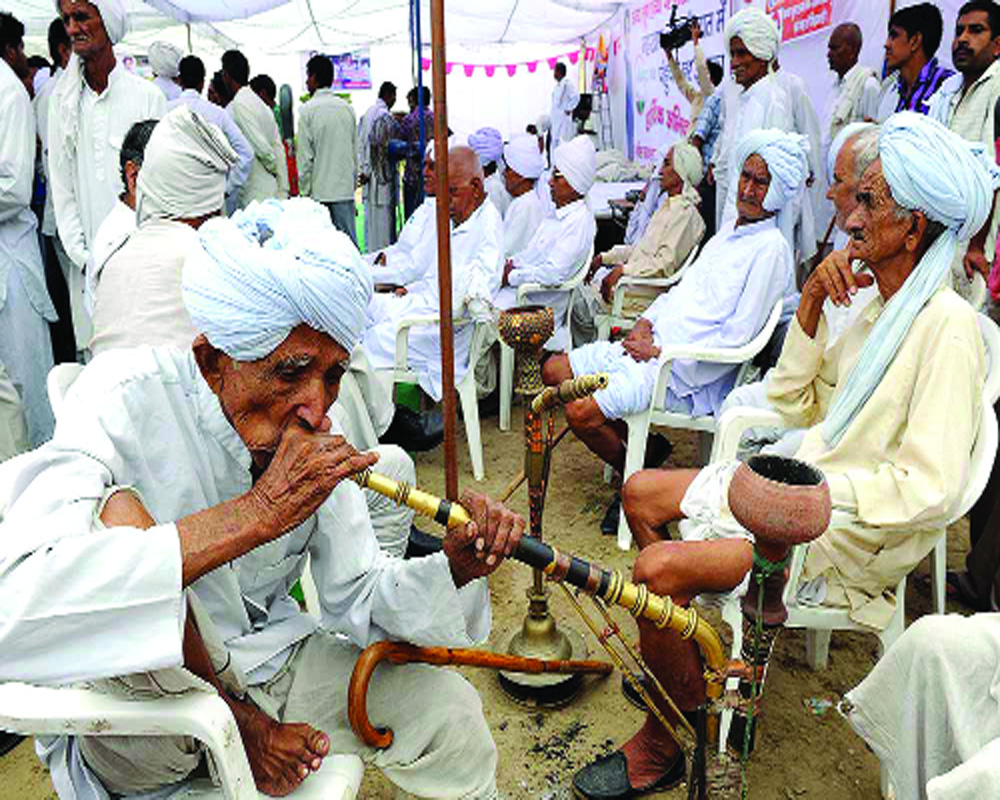 The BJP and the AAP, besides other satraps, are wooing Jat farmers in western UP

It’s obvious for a party that has its origins in a mass movement to use a similar opportunity for expanding its base. The Aam Aadmi Party (AAP), which rules the roost in Delhi, is now envisaging prop roots in the heartland of western Uttar Pradesh (UP), also called Jatland, riding on its support for the farmers’ agitation. However, the road to power in the politically sensitive State is no cakewalk as, unlike in Delhi, here religion, regional, caste and traditional loyalties matter in elections. These factors play a decisive role at the hustings. Besides, if the anti-incumbency factor comes into play in next year’s Assembly elections, regional parties rather than the AAP are more likely to harvest it. Furthermore, any possible expansion of the party will be at the cost of satraps like the Rashtriya Lok Dal (RLD), SP and BSP who count on their traditional vote banks. These regional players will never allow an “outsider” to dent their vote banks. Even if the AAP forges an alliance with these parties, they will most likely not offer it the “winnable” seats, certainly not at the expense of their vote bank.

Meanwhile, what leaves the BJP concerned after the Red Fort siege on Republic Day is that the agitation focus has shifted from Punjab’s growers to the Jat cultivators of western UP and Haryana. The BJP well understands that if the strong Jat community decides not to favour the party in the UP Assembly polls, its chances of retaining power would be next to impossible. It is for this reason that the BJP leaders, including Union Minister Sanjeev Balyan and many Ministers in the Yogi Adityanath Government, are wooing influential khap leaders. They will definitely leave no stone unturned to make the situation favourable for the party. On the other hand, AAP convener and Delhi Chief Minister Arvind Kejriwal recently met farm leaders over lunch to discuss the ongoing protest against the Centre’s farm laws. He will also address a Kisan Mahapanchayat in Meerut on February 28 to show solidarity with the farmers. The AAP has already revealed its ambition by announcing that in the next two years, it will contest elections in six States including UP and Uttarakhand. Well, there is no harm in trying one’s luck but whether the party is able to leave any real imprint or would end up as an “also-ran”, only time will tell. As of now, its prospects don’t seem too promising, at least not in UP.