Hindutva has no global agenda

Hindutva has no global agenda 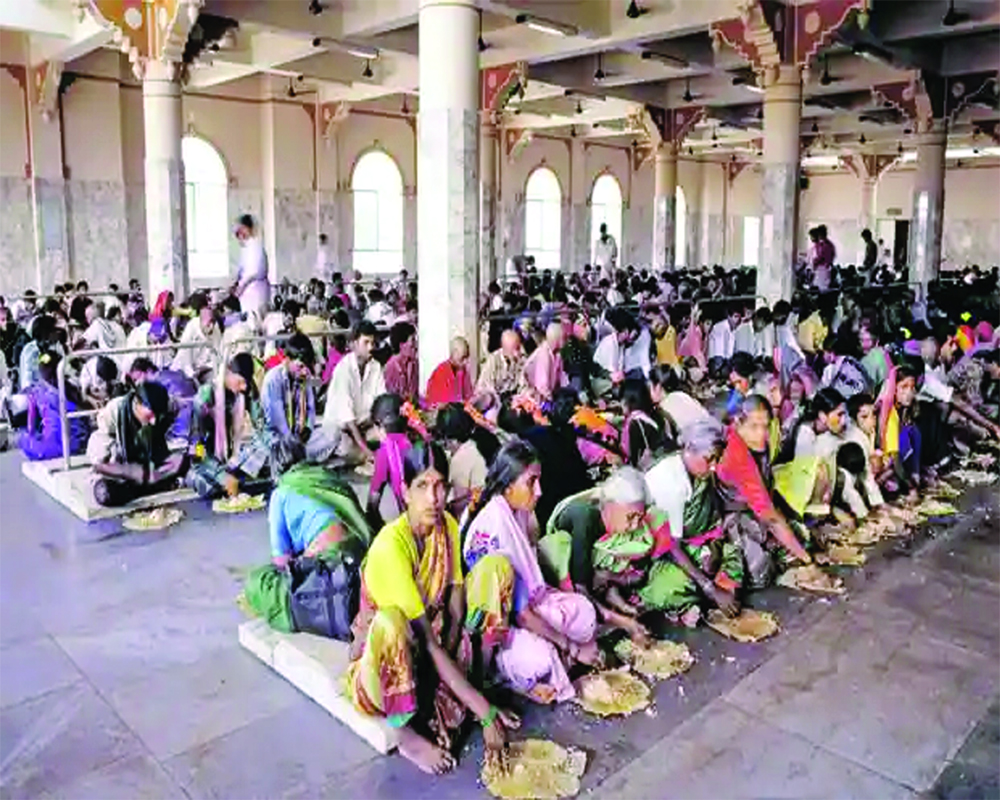 The idea of a conference on the theme ‘Dismantling Global Hindutva' is preposterous, simply because Hindutva is largely Indo-centric

By the time you get to read this, the international virtual conference on “Dismantling Global Hindutva” might be underway or cancelled. The theme generated a high degree of controversy, which warrants an examination. The three-day conference (September 10-12, 2021) straddles both sides of the 20th anniversary of 9/11. Were the dates consciously chosen to create a smokescreen for Islamic Jihad’s most spectacular act of dismantling since the Conquest of Mecca in 630 AD, as a result of which the pagan temple at Kaaba was converted into Islam’s foremost mosque?  September 11 is also the anniversary when Swami Vivekananda addressed the Parliament of Religion at Chicago (1893) as “Sisters and brothers of America”. It is also the anniversary of MK Gandhi (1906) starting the “very Hindu” method “Satyagraha” in Johannesburg, South Africa, to fight the unjust policies of the colonial Government.

Does Hindutva have a global agenda? As Bernard Lewis states Christendom and Islam are, in chronological sequence, the second and third attempts to create a world religion (Islam and the West, P5). The first one, which he identifies, is Buddhism. Since the sixth century BC, Buddhist missionaries from India carried their faith to South, Southeast and East Asia. Among two other ancient peoples, adds Lewis, Jews and Persians developed Universalist notions, but neither group made any sustained attempt to teach those notions to others.

The concerns of Hindutva or Hindu nationalism generally revolve around only India. The sacred geography, history and mythology of Hindus are associated with India — or, at any rate, South Asia. Today, more than 90 per cent of the world’s Hindus are concentrated in India. Thus, Hindutva is largely Indo-centric due to its history and applicability. While yoga is gaining global popularity, it does not come in the domain of Hindutva. Still, it is pertinent to ask why Hindus introduced yoga and meditation in the West, whereas the Muslims gave them Jihad.

Is Hindutva an unnatural outgrowth? It is fallacious to assume that Hindus, numbering one billion, could have no collective voice in the world when they are still facing forced displacements, conversion and assaults. Why 57 Muslim countries have organised themselves under the banner of the Organisation of Islamic Cooperation (estd.1969) without raising eyebrows about communalism? Even Gandhi admitted to the validity of collective interests while speaking of “Hindu-Muslim unity”, “Hindu-Muslim divide”, and so on. Curiously, the Hindu side disappeared in the process of formation of the Republic. The Constitution speaks of linguistic and religious minorities — and extends them community rights in the field of education etc — under Articles 29 and 30. However, the Constitution nowhere identifies the majority. It is presumed to be Hindus, who have no community rights but only fundamental rights available to every citizen.

The numerical majority status of Hindus in India is often presumed as a shield against religion-inspired assaults. This is baseless both in terms of contemporary experience and history. Geo-theologically, India survives as the only major bloc of non-Muslim population between Mauritania and Indonesia.

Naturally, this is an eyesore to many. Barrister Chaudhury Rahmat Ali, who coined the term “Pakistan”, had an ambitious plan to Balkanise India. He termed India as the “Continent of DINIA”. “The Muslims demand only two States of the country of India,” says Rahmat Ali, “Pakistan and Bangistan when, in fact, they demand, and are entitled to, at least eight States in the Continent of Dinia, viz Pakistan, Bangistan, Osmanistan, Siddiquistan, Faruqistan, Haidaristan, Muninistan and Maplistan” (Pakistan: The Fatherland of Pak Nation, P341). Kashmir he demands separately.

Though Pakistan was achieved in 1947, the mission of achieving the “Continent of DINIA” through Balkanisation continues by proxy. No wonder those who are organising the “Dismantling Global Hindutva” are completely silent on Global Islam from 9/11 to the rise of Boko Haram in Nigeria to re-Talibanisation of Afghanistan. Clinically, the organisers have eschewed Hindutva’s approach to the minority question, as not to allow critics any handle. They wish to focus only on intra-Hindu issues like caste, gender, science, digital economy and even, strangely, Hindutva and White Supremacy.

The Hindu society has no equivalent of an organised Church or Ulama to set down any theological prescription. The Darul-uloom, Deoband, issues fatwa from banning photography to banking/education loan based on interest. Interestingly, these fatwas are issued in response to queries, often put forth by reasonably well-educated Muslims. The Hindu organisations, on the other hand, have demonstrated progressive or neutral attitude when dealing with issues of gender or caste.

Why is it that no Hindu has been found involved in the acts of terrorism in the West? Why is it that no Hindutva group is gun-wielding, whereas such groups are commonplace in the Muslim world? Why are Hindutva groups heard advocating “Uniform Civil Code” whereas Islamists the world over want “Sharia”? There are many facets, if one seriously wishes to debate Hindutva vis-à-vis other ideologies in a global perspective. It is this debate that the organisers actually wish to avoid. Unfortunately, those perceived as the custodians of Hindutva, viz RSS, also want to shelve this discourse. Where ambiguities like pro-Caliphate Gandhi being a “Hindu patriot” or “Hindus and Muslims have the same DNA” can work, who needs clarity?