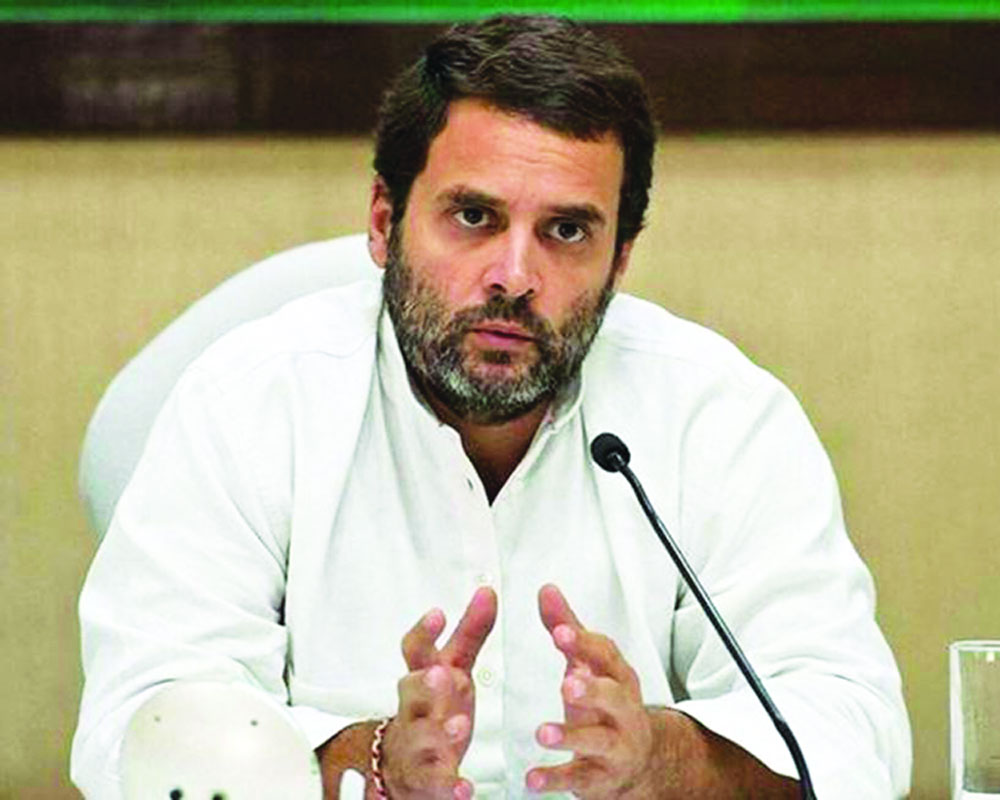 In his first acknowledgement of the group of 23 dissenters (G23) and in an oblique attack on Prime Minister Narendra Modi and the BJP, Congress’ former president Rahul Gandhi has claimed that the leaders belonging to the ruling party at the Centre are scared of freely airing their opinion. In his own party, however, free speech and differences of opinion nurture and flourish, he hinted. The comments, ostensibly to underline the Congress’ inclusive nature that allows “conversations and negotiations” and to show that it cares for intra-party democracy, come just weeks ahead of the Assembly elections in four States and a Union Territory and were made during an interaction with the faculty and students of the US-based Brown University. Rahul asserted that a group like the G23 cannot exist in any other political party and immediately pointed the finger at the major political rivals. He went on to extol the democratic virtues of his own party but, of course, a slight oversight made him conveniently overlook as to how his grandmother and mother had handled dissent — or whatever smelled like it — within and outside the Congress.

Piloo Mody famously called Indira Gandhi’s MPs “bonded labour”, alluding to the servitude to which she had reduced her party men, for which the then Prime Minister never forgave him. He also mocked her with an “I am a CIA agent” placard in the Parliament complex, reacting to her tendency to label her political opponents as agents of US imperialism. People familiar with the internal functioning of the ‘Grand Old Party’ are quite aware how fond Sonia Gandhi was of dissent; she even sent her own party’s Prime Minister Manmohan Singh on ‘maun vrat’ for at least 10 years. Then there’s Rahul himself, who publicly tore up the then PM’s ordinance on allowing convicted lawmakers to contest elections. Besides, his hint that he might return as the party president following the “election” and virtually staking claim to the top post, saying that nobody in his family has been the Prime Minister since 1989, again reeks of a sense of entitlement. But Rahul may have a point when he talks about the change in the political discourse since 2014, the eroding credibility of democratic institutions in the public eye and the BJP’s control over the political narrative. Of course, all’s not hunky-dory with the BJP and it also needs to answer some tough questions.