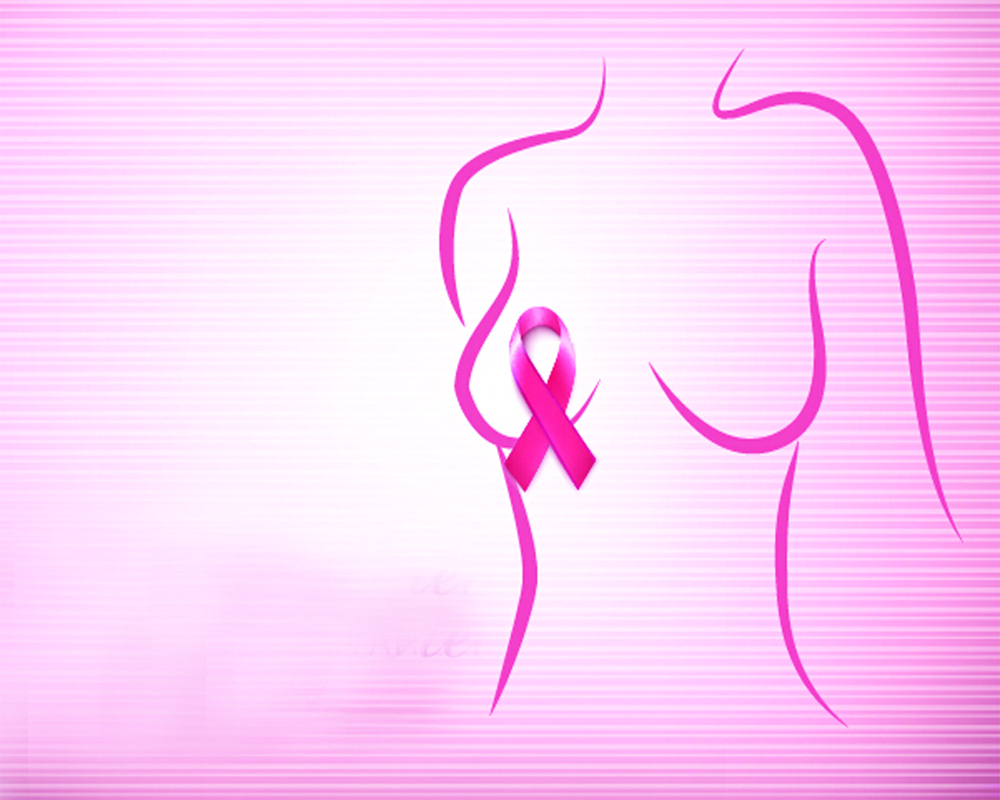 Absence of systematic screening programs, lack of awareness among Indian women, and unavailability of good diagnostic centers in rural areas are issues

In India, a woman is diagnosed with breast cancer every four minutes and a woman dies of the disease every 13 minutes. Breast cancer’s incidence has been steadily increasing over the last three decades. It accounts for 23.5 per cent of all cancer deaths in India - nearly a fourth — in 2018; 87,090 women to be precise. Why is the mortality rate so high?

The main reason is late and advanced-stage diagnosis. Only 60 per cent of women treated for breast cancer survive for at least five years post-treatment in India as compared to 89 per cent in the US. The high mortality rate in Indian women is largely due to a lack of awareness and screening leading to delay in diagnosis. Around half of breast cancer patients in India are first diagnosed when they are in stage three and 15-20 per cent of the patients visit the doctor in stage four. In comparison, according to ASCO (American Society of Clinical Oncology), more than 62 per cent of women in the US are diagnosed at stage one.

Most patients in the urban areas avail of good medical facilities and are diagnosed at stage two with palpable lumps whereas in the rural areas, most patients are diagnosed only after lesions or lumps are transformed to advanced stages. The non-availability of screening centers and experts in villages, towns, and nearby adjoining areas has also contributed to an increase in late-stage diagnosis and hence,the high mortality rate among Indian women. According to the National Cancer Registry Programmer (NCRP) report 2020, the number of cancer cases is likely to increase by 15.7 lakh by 2025.

If we compare breast cancer mortality in India and the US, we can clearly see the shortcomings in our approach towards early detection.  In the US, breast cancer death rates have remained steady since 2007 for women under 50 years old and the death rate for older women decreased by 1.3 percent each year from 2013 to 2017. This can be attributed mainly to their efficient early-detection programs and improved treatment. Irrespective of the socio-economic status, breast screening programs in the US are easily accessible for all women.

Breast cancer is treatable and diagnosis in the earlystages increases the chances of survival.  Women in India are less aware of cancer and that it can be treated and hence do not come forth when they feel a small lump in the breast.  Only when the lump becomes painful or starts to affect routine functions do the women come forward. By that time the disease would have reached an advanced stage.  This is another major reason which leads to late-stage diagnosis resulting in high mortality. The survival rate in breast cancer is high if diagnosed at an early stage rather than when the disease has spread to the surrounding lymph nodes and other organs of the body which is known as distant metastasis.

The lack of early detection of breast cancer is also due to the limited number of oncology institutes and specialized hospitals in the country. These handfuls of specialized institutes are located mostly in metropolitan cities, leaving the large rural population deprived of an early chance of diagnosis and rapid treatment.

It has been observed that when a patient is detected with early breast cancer, the tumor can be removed completely by surgery and that offers excellent chances of complete recovery and increased survival. Additionally, the patient is treated with very few chemotherapy drugs that can eliminate or reduce chemotherapy-induced toxic effects, resulting in improved quality of life.  Early detection can save patients from financial stress and emotional and psychological trauma associated with chemotherapy treatment as against late detection which will require aggressive chemotherapy, advanced surgeries, and radiation therapy. Although there is no fool-proof treatment to prevent breast cancer, early detection can lead to a more promising outcome. While there is no definitive method of preventing breast cancer, early detection alone provides the best chance of effective treatment.

The best way to decrease the mortality rate due to breast cancer is by educating women about the symptoms. The simplest reason why women do not seek care early is that they do not feel any pain in the breast lump. A clinical breast exam (CBE) by a doctor should be done about every three years for women in their 20s and 30s and every year for women who are 40 and over. After that, an ultrasound scan should be made a part of an annual health check-up. Those women who have a family history of breast cancer should have frequent mammograms. Regular self-observations and self-breast exams are fundamental to detecting any differences in the breast's appearance or feeling a lump. Not only women but men should also be educated about the disease to eradicating the stigma around it.

If the disease is detected early, the doctors, as well as the patient, can also seek the help of prognostic tests to understand the tumor biology and opt for a more personalized treatment that best suits the patient. Breast cancer is no more a single disease but it is an umbrella of various types and sub-types of breast cancers based on the cells involved and the genes that are expressed by cancer. Prognostic tests help understand the tumor biology and divide the patients based on their chance of cancer coming back into the body — also called as the risk of cancer recurrence — into ‘low risk’ or ‘highrisk’ recurrence categories.  Patients with ‘lowrisk’ of cancer recurrence need not take chemotherapy and are thus saved from the harsh side-effects of the aggressive treatment.

Cancer treatment can leave a large dip in the pockets of the patient; thus, it not only affects the patient but also the entire family both financially and emotionally. The government and policy makers need to understand that breast cancer is rapidly becoming a public health crisis and thus awareness about the disease needs to be raised at a larger scale. Specialized infrastructure and care facilities should be established around the country so that the patients have access to screening and early detection.

Early breast cancer detection initiatives such as National Breast Cancer and Cervical cancer early detection program (NBCCEDP), a specialized program in the US, that provides access to timely breast cancer screening and diagnostic services for low-income, uninsured, and underserved women, has helped in early detection and timely treatment. If similar initiatives are introduced by the Indian government and policymakers, they can play a significant role in decreasing the breast cancer mortality rate. Sufficient health centers situated across the country with efficient implementation of breast cancer screening programs for women from all backgrounds is the need of the hour.

(The writer is CEO and Founder, OncoStem Diagnostics. The views expressed are personal.)