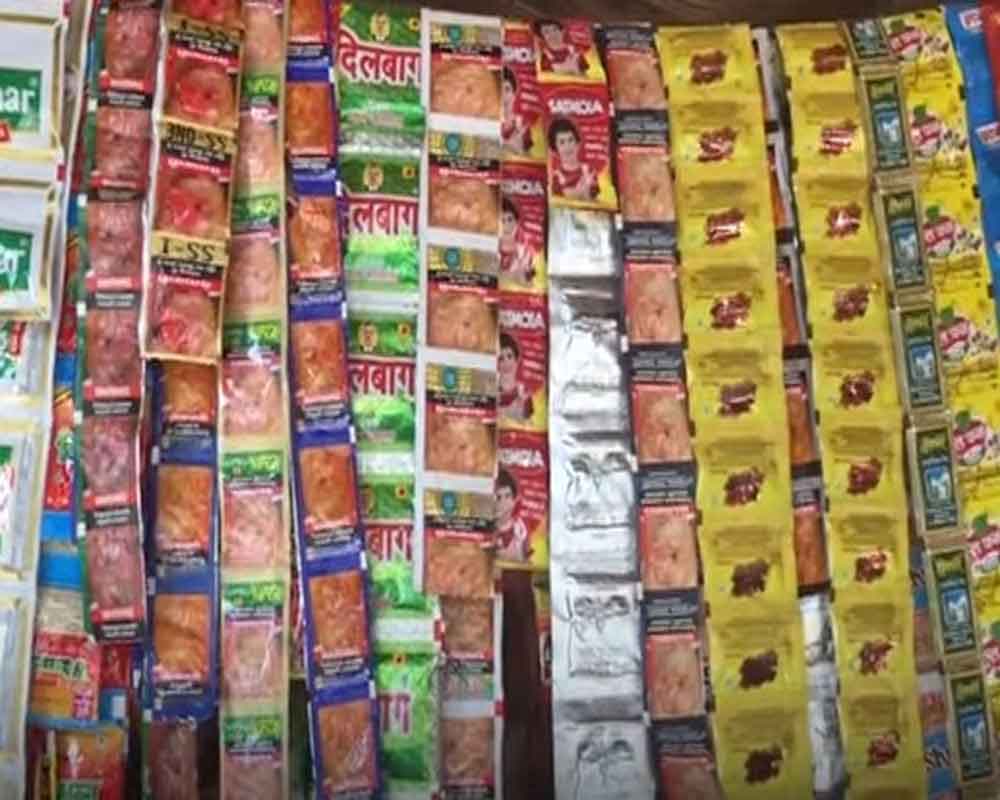 In a shocking revelation, it has come to notice that the government is forking out Rs 2 lakh on the treatment of an oral cancer patient who gets the disease due to consumption of gutkha that can be bought at Rs 2 and if the same treatment is availed at any private hospital, it would cost around Rs 6 lakh.

Similarly, a gutkha ingredient supplier Vijay Tiwari has exposed the 'dirty' tobacco business by revealing the fact that the claims of manufacturers of adding kesar, rose, elaichi, etc., in gutkha are baseless as manufacturers are using cancer causing floured chemicals in these products.

Citing the findings of a latest study conducted by Tata Memorial Centre on the 'Cost of Illness of Oral Cancer in India' renowned oncologist Dr Pankaj Chaturvedi said, "The unit cost of treating advanced stages of oral cancer is Rs 2,02,892 which is 42 per cent greater than early stages as it cost Rs 1,17,135."

Most of those who do receive some forms of treatment are left unemployed and become an economic burden on their friends and family, Dr Chaturvedi said while speaking at a webinar on "Increasing risk of Oral cancer and how tobacco laws can prevent". Dr Chaturvedi is head neck cancer surgeon at Tata Memorial Hospital, Mumbai and Deputy Director at Center for Cancer Epidemiology.

While sharing his experiences, oral cancer survivor Tiwari said, "Gutkha manufacturers are adding poisonous chemicals into tobacco products which are imported from foreign countries. The cost of one kg kesar is about Rs 1 lakh and rose is also very costly, then how can they (manufacturers) add kesar in a pouch which is being sold in the market at Rs 2 or above."

Tiwari, who was an ingredient supplier in the tobacco industry, said, "A pouch of gutkha was available at Re 1 or Rs 2 even two decades ago and at present also it's available in the same price range. How can it be possible when the cost of materials has gone up?"

Renowned oncologist Dr. Chaturvedi said, "Centre and state governments are yet to formulate a foolproof policy to prevent tobacco deaths as it did in controlling the Covid-19 deaths in the country. As of now, about 4 lakh people have died due to Covid-19 and the government instantly used lockdown as a treatment strategy, but no strong action has yet been taken to prevent 13 lakh annual deaths happening due to tobacco.

Dr. Chaturvedi further said, "Out of about 60,000 cancer patients visiting Tata Memorial Hospital for treatment every year, about 20 per cent of them are of oral cancer. In India, about one lakh cases of oral cancer is diagnosed every year and out of that about 50,000 patients die every year."

"It's a fact that 27 crore people in India are consuming tobacco and as per Global Adult Survey, 96 per cent of people are aware of the fact that consumption of tobacco is injurious to health. Even though, we discuss its control and prevention just because it's an addictive product," he said, adding that 90 per cent oral cancer cases are caused due to consumption of tobacco, supari and alcohol.

On the proposed amendments in the Cigarettes and Other Tobacco Products Act, 2003 (COTPA), the noted oncologist said, "This law was enacted in 2003 and the tobacco industry has mutated like a virus and has become much more potent. Therefore, our laws need to be synced with the designs of the tobacco industry and that's why COTPA amendment is very important."

"We just need a commitment to decide a date from when it would not be legal and it would be a classified product which people will buy on prescription or restrictions," he stressed.

Blaming the reluctant approach of policymakers in enacting a robust mechanism to deal with the tobacco menace, senior journalist, Narendra Nath Mishra said, "Industry lobby is so powerful that stringent norms in the draft rules get diluted when the final law gets approved. It's not that only the ruling party is responsible for weaker laws on tobacco prevention, even opposition parties are not showing any commitment towards saving the lives of people dying due to tobacco consumption."