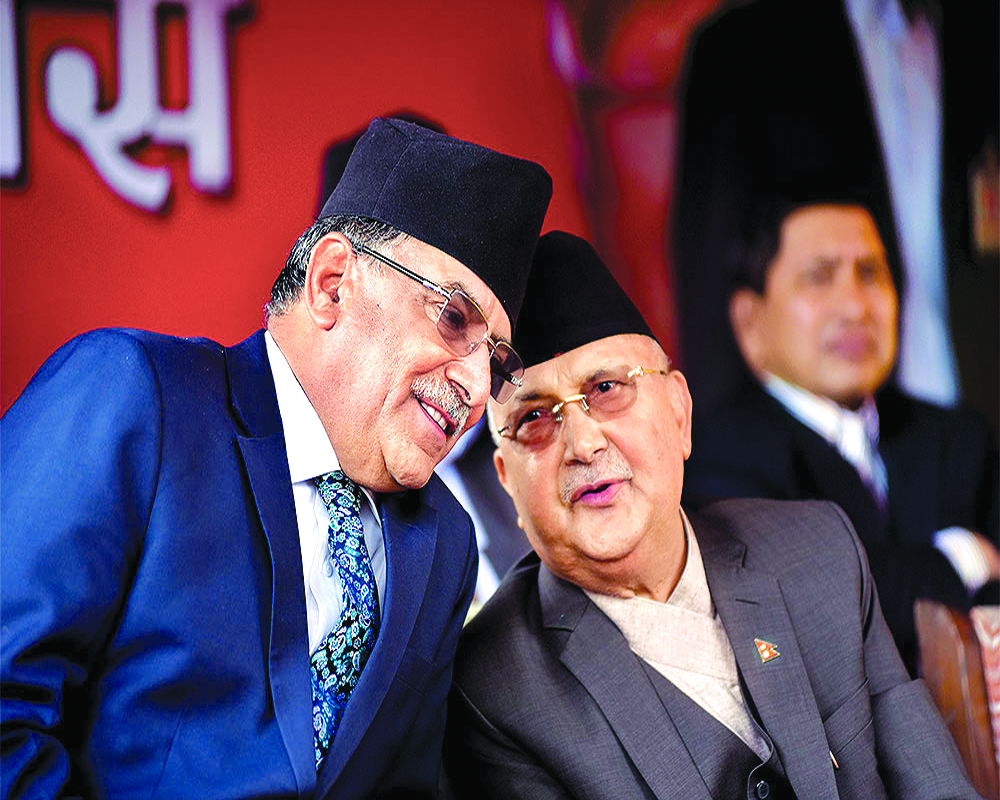 While the reinstatement of the House comes as a big blow to Prime Minister KP Oli, who has emerged as an ultra-nationalist leader, an unexpected verdict on the future of a divided NCP has eventually put a full stop to the power struggle between the party chairs of the erstwhile NCP, Oli and Prachanda.

The verdict is being seen as an extrajudicial effort to save the country from plunging into political instability. Considering Oli’s influence over the President’s office, the Council of Ministers, Security Council, extraconstitutional bodies and the Press, it was believed that the court would favour Oli and acknowledge his faction as the legitimate NCP. That would have left Prachanda with no option but to form a new faction. Oli’s legal team had also believed in a favourable verdict but the actual result has deepened the political crisis. Now, if the Maoists withdraw support, the Government will fall. The Madhesh-based Janata Samajbadi Party might prove to be the kingmaker as it can support the Nepali Congress and the Maoists to form a Government or ally with Oli to give further lease to his premiership.

An expected outcome: The 2018 merger of the two mainstream rivals had generated optimism among the Nepalese people that the new leadership was  showing political maturity. However, it was only a matter of political survival for Oli and Prachanda as the former had planned to weaken the Opposition by bringing archrival Prachanda on board. Prachanda was facing serious corruption cases and the charges of en masse killing during the decade-long Maoist movement. Prachanda has gone on record to claim alleged 5,000 killings during the movement. Since Oli was the strongest ally, Prachanda could avoid trials at the UN and the International Court of Justice. Therefore, the merger was a self-serving decision by the duo against the widespread belief that they had shown political maturity in the interest of their people. Hence, the fallout was inevitable.

Blaming and seeking: With the eventual fall, Oli is seeking to mend ties with New Delhi. To reach out to India, he has appeared on a number of Indian news channels to cry foul against former Prime Minister Prachanda, blaming him for dividing the party. The same Oli created his political stronghold through his anti-India manoeuvring and bashing of the Indian media for being unfair towards the “victim” country.

Oli’s public relations office and foreign policy advisory group had come fully geared to criticise India on the border dispute. These offices are now attempting all the tricks to reach out to New Delhi. Also, despite a projected bonhomie with China, Oli is pushing for the supplies of the COVID-19 vaccines from India.

However, testing the trust will be the core of India’s new relations with Nepal. On the other hand, Oli’s biased approach towards China had come at the cost of substantial economic losses. Also, he signed the Treaty on Mutual Legal Assistance with Beijing, endangering the lives and rights of 20,000 Tibetan refugees in Nepal. The Belt and Road Initiative (BRI) is an obsession with the current regime despite Sri Lanka’s exposé of the Chinese wrongdoings.

While Oli may call it a balancing act between India and China, his actions speak otherwise. The alleged soft funding from China to Oli’s political adventures in Nepal through the Madan Bhandari Foundation needs no explanation to assert his bonhomie with the dragon.

Uncertain future: While the politicos do not wish for Nepal to plunge back into insurgency, Oli’s authoritarian attitude has cost Nepal dearly. Politically, democracy is a casualty considering Oli’s dream of a one-party rule in Nepal, with no political opponents outside and within the UML.

On the foreign policy front, Nepal, with its vast hydropower potential, can use India’s expertise in generating power. A mutually beneficial plan could have paved the way for Nepal’s economic growth. However, far from new agreements, Nepal seems to have no plan to revitalise treaties like the Mahakali, signed in 1996 with India, which can generate cooperation between them. Meanwhile, false promises under the BRI and dreams of a trans-Himalayan railway with China have garnered Oli enough political capital.

Oli’s aspirations, accompanied by hollow economic and development strategies, will lead Nepal towards an uncertain future which is being watched carefully by the people of Nepal and international actors, including India.