No great occasion for China to celebrate

No great occasion for China to celebrate 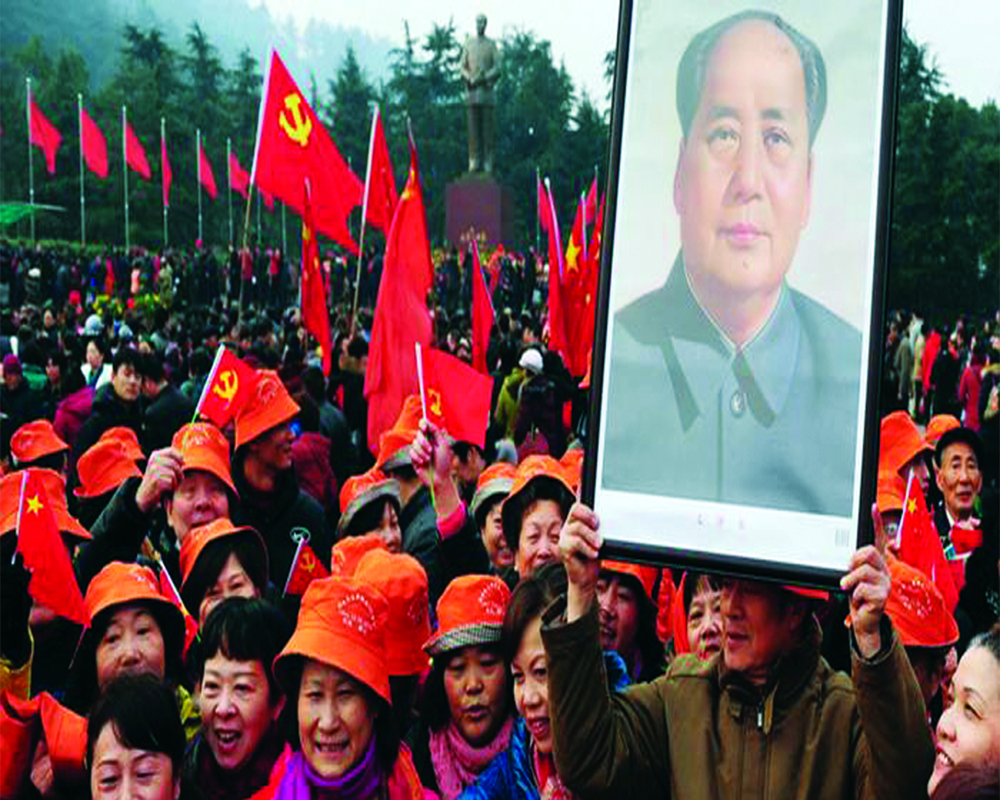 The first Party Congress in July 1921 was a surreptitious event. Its pioneers did not attend, and Mao still lacked ideological clarity

China is celebrating the centenary of its Communist Party with great fanfare. Communism in China was inspired by Russian Revolution of 1917. Mao Zedong, then 24, was not its harbinger. He was not even present in Peking (Beijing) during the famous May 4 (1919) demonstrations, which ushered in a new era in China. Li Dazhao (Li Ta-Chao) and Ch’en Duxiu (Ch’en Tu-hsiu) were “the actual founders of the Communist Party and sponsors of Marxism-Leninism in China” (Chinese Communism and the Rise of Mao by Benjamin I Schwartz, P8). Mao then was ideologically indecisive, who moved in the grooves of classicism, democracy, Anarchism, Socialism, and so on. His forte was — what the Chinese Communist ideologues loathed to do — organisational work on ground. In 1921, the Communist Party ostensibly existed in Peking (Beijing), Canton (Guangzhou), Shanghai and Hunan. In July 1921, the first Party Congress was held in the backroom of a small store in the French concession (zone) in Shanghai. There were only 13 delegates that included Mao but excluded Dazhao and Duxiu. The delegates slept in a girls’ hostel, closed for summer vacation. However, fearing a police raid, they interrupted their deliberations after a few days. They then fled to Shaosing in Chekiang and concluded the business on a boat in the waters of Lake Neiuphu. No record of that Congress was preserved.

From that surreptitious Party Congress in July 1921, the Communists established control over whole of China in less than three decades. It was as much an astounding military feat as it was political. Mao’s policy of encircling the towns by taking over villages was innovative, whether in the annals of military campaigns or Communism.

There is no doubt that what the People’s Republic is today, for better or for worse, is entirely due to the Communist Party of China (CPC). This is partly because since October 1, 1949 — when Mao Zedong proclaimed the People’s Republic at the historic Tiananmen Square — there is no other political formation in mainland China. The forces of Guomindang (Kuomintang) led by Generalissimo Jiang Jieshi (Chiang Kai-shek) had been repulsed with heavy casualties estimated at 1.54 million in three campaigns of the PLA in the Civil War (1946-49). Jiang was forced to relocate the seat of his Government with three million GMD troops and officials to Taipei, Taiwan.

China’s one-party rule, however, is not the creation of the CPC. It is ironically the legacy of Guomindang, or the Chinese National Party, which wanted to wipe CPC out of existence since 1927. The last time two parties coexisted freely in China was between 1923 and 1927 when Guomindang and CPC were tied in a coalition brokered by Moscow. However, on April 12, 1927, Jiang Jieshi terminated the coalition and outlawed Communist movement across China. Jiang unleashed “White Terror” whereby, throughout the Guomindang-controlled territories, the Communist leaders were purged and killed, leading to collapse of the CPC in urban centres. The Communist base started disintegrating even in the countryside. This sparked off a prolonged Agrarian Revolution War (1927-37) between Jiang’s Guomindang and Mao’s CPC.

Whereas Jiang was a professional soldier, trained in the military college of Japan, Mao was a civilian well versed in Chinese classical texts, who had worked for a time as a nondescript library assistant in Peking University and, at other times, amongst students and artisans in native Hunan province. Yet, it was Mao, rather than Jiang, who emerged as the legend in China by the end of that war. Mao did not win it but saved the Communists from annihilation to fight another day.

This he did by conceiving and leading the “Long March” (October 16, 1934-October 20, 1935), a brilliant but perilous retreat strategy. Of the estimated 85,000 Communists who undertook the onerous 7,500-km trek through dangerous countryside, less than 10,000 ultimately reached Shaanxi (Shensi) in China’s northwest from the earlier stronghold of Jianxi (Kiangsi) province in southeast.

The “Long March” established the cult of Mao as, thereafter, “Mao began to be surrounded by certain mystique, and looked upon as a prophet and saviour” (Mao Zedong by Maurice Meisner, P75). It also perhaps implied the burial of hope for democracy in China, from which intellectuals had immense expectations. It will be evident from the scores of books written about democracy in China. Mao himself advanced that myth during early 1940s by speaking about “New Democracy”. However, once Mao emerged triumphant, the promise of democracy was conveniently forgotten.

In the backdrop of Japanese aggression (1937-45) and World War II, the Guomindang and CPC had to coexist again in an uneasy coalition that both parties loathed. As the war ended, the hostilities between them renewed. The Civil War (1946-49) saw three decisive campaigns by CPC viz Liao-Shen Campaign (northeastern China), Beijing-Tianjin Campaign and Huai-Hai Campaign (eastern China) which together took 142 days.

The militaristic nature of Communist victory, however, forestalled the chances of democracy in China. As nobody could be a rebel for long without becoming a tyrant in the end, so Mao transformed himself into a perfect dictator. He had a low opinion of Indian leadership, whom he berated as capitalist compradors. The liberator in Mao culminated into an aggressor when he annexed Tibet in October 1950.