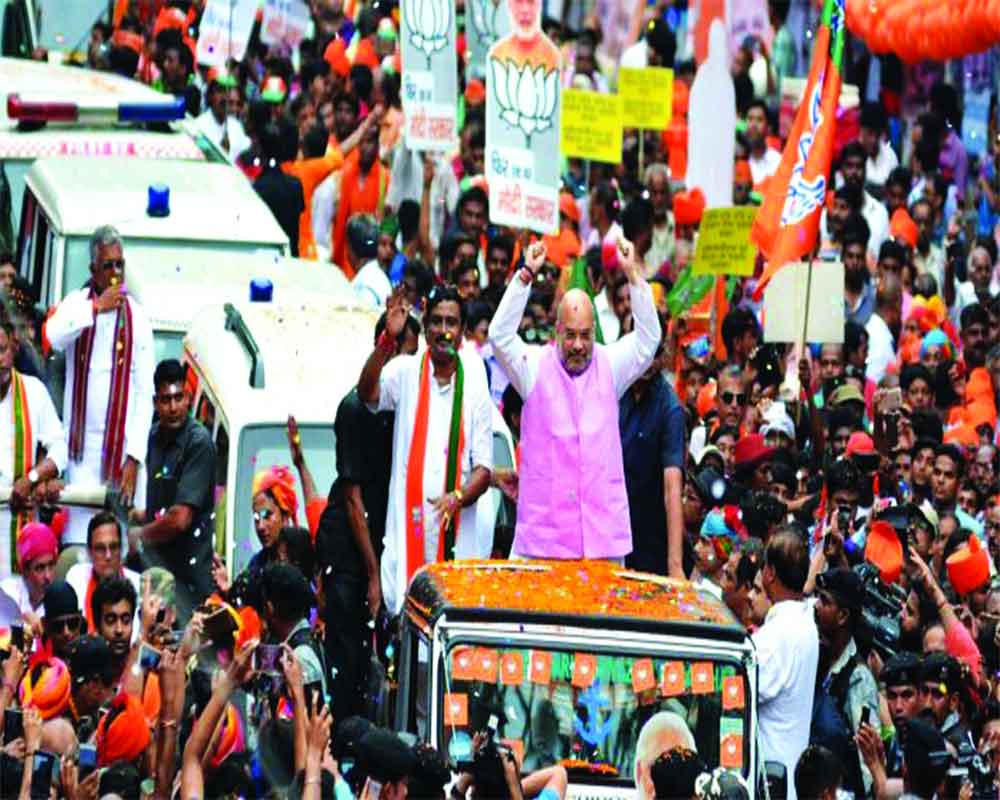 The Madras High Court’s (HC’s) tongue-lashing to the Election Commission (EC) of India is in line with the prevalent widespread criticism of constitutional institutions and the alarming erosion of the value system that guided them. The HC has rightly observed that the EC was singularly responsible for the spread of the COVID-19 scourge in India. Even when the majority of the political parties, health experts and social activists pleaded with the EC to reduce the number of phases of the Assembly polls and enforce strict compliance of COVID-appropriate behaviour during road shows and public rallies, the poll panel looked the other way. The fact that it chose to issue an order to cancel political rallies soon after Prime Minister (PM) Narendra Modi himself disbanded his rallies has raised eyebrows, and rightly so. Had the PM not cancelled his rallies, what would have the EC done? Incidentally, Congress leader Rahul Gandhi had cancelled his poll rallies even before the PM but the EC didn’t recognise his gesture. The panel acted only after it was nudged by Modi himself. The EC was quick to penalise political leaders for violating the model code but it took no steps to ensure that tens of thousands of people did not gather at road shows and poll rallies without wearing masks? Did the EC book any political leader for holding such rallies? Did it issue any show-cause notice to any political honcho for ferrying people on trucks to attend those rallies?

The Opposition parties may have their own agenda in trying to vilify the poll panel but the fact remains that many of the EC’s actions were both opaque and uncalled for. Can it explain which medical expert did it consult before rejecting the plea to shorten the election duration? Why did it opt for staggered polls, discarding the fear of the scourge? The logic to hold an eight-phase election during the peak of COVID-19’s second wave cuts no ice. The poll officials cited the fear of law and order breakdown in West Bengal but wasn’t it possible to deploy four times more paramilitary forces, rendering the election a two-phase affair? These are a few tough questions the EC must answer if it wants to safeguard its independent identity which stands highly compromised amid speculation that Satish Chandra, who retired as the CEC just 10 days ago, is likely to be rewarded with a plum Government post. Besides, the panel was seen acting only on the issues raised by a specific political party, ignoring most others’ pleas and submissions. Meanwhile, a day after it got a rap on the knuckles by the Madras HC, the EC has stirred and banned all victory processions after the announcement of the poll results. Sadly, however, the damage has been done and thousands of precious lives lost. Now, it’s time for the HC to fix the responsibility on the erring EC officials. One hopes and prays that the Supreme Court will also take a strict view of the matter and initiate steps to ensure that the EC is not seen as a puppet of the regime.