Odds stacked in favour, still a test for Sonowal

Odds stacked in favour, still a test for Sonowal 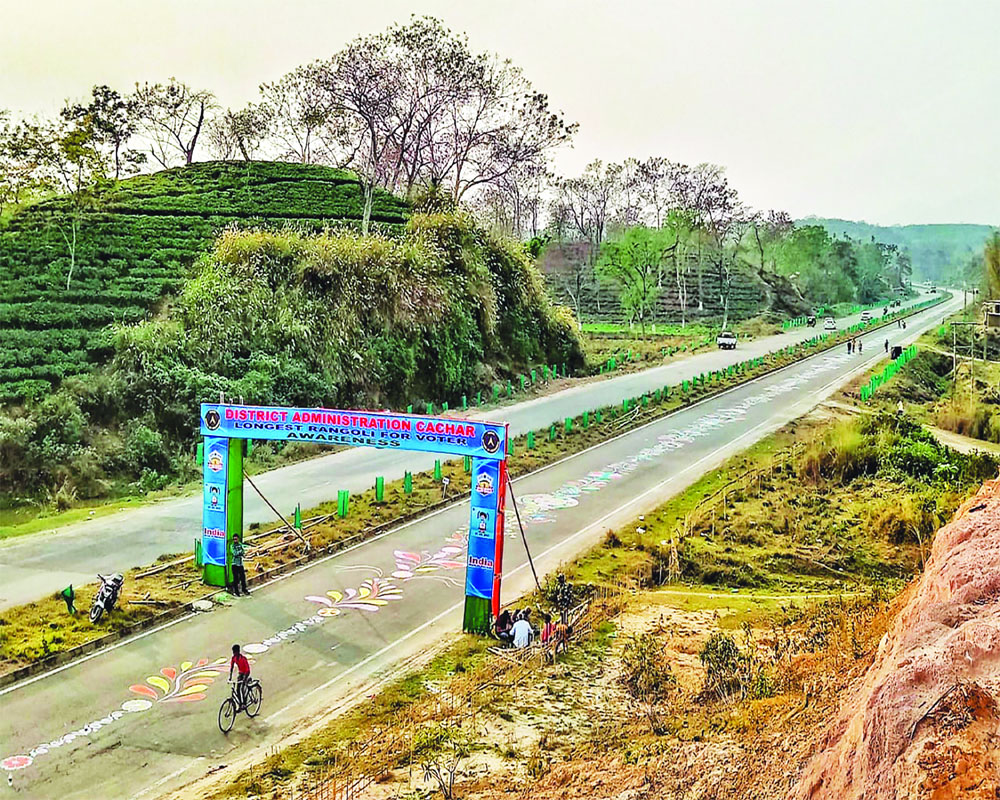 The Assembly elections in Assam, the most populous North-East State, are pregnant with possibilities because of various issues, according to political pundits. However, given the prevailing socio-economic situation in the State and lack of a strong anti-incumbency factor coupled with clean and strong Central leadership by Prime Minister Narendra Modi even during the Covid-19 pandemic, it will not be a daunting task for the Sarbananda Sonowal-led BJP Government to retain power.

In the run-up to the Assembly elections, what matters most for the people of Assam is the handling of the Covid-19 pandemic, concerns over the Citizenship Amendment Act (CAA), the National Register of Citizens (NRC), but most importantly the job scenario in the State.

Despite vociferous protests against the implementation of the CAA in Assam, the voters’ attention is not fixated on the CAA sentiments. The ruling BJP and its alliance partner, the most prominent regional party, the Asom Gana Parishad (AGP), are in favour of implementing the CAA in Assam. However, some prominent student bodies of the State, such as the All Assam Students Union (AASU), Asom Jatiyatabadi Yuba Chatra Parishad (AJYCP), and parties like the All India United Democratic Front (AIUDF) and the Congress have clung to the emotional issue. For them, the CAA is unconstitutional. Many view the CAA as an immediate threat to the survival of the indigenous people of Assam and the violation of the historic Assam Accord signed between the leadership of AASU and the Rajiv Gandhi-led Congress Government at the Centre in 1985.

The polls in Assam are a two-way contest. On one side, it is the BJP and its allies, including the AGP, the United People’s Party Liberal (UPPL) of the current Bodo Territorial Council (BTC), and the Rabha Joutha Mancha (RJM). On the other side, it is the Congress-led Mahajot with AIDUF and the Bodo People’s Front (BPF) of Hagrama Mahilary, the former BTAD chief. However, there are two newly formed regional parties in the fray, the Asom Jatiya Parishad (AJP), born out of the AASU and the AJYCP, and Raijor Dol, from the Krisak Mukti Sangram Samiti of jailed activist Akhil Gogoi. And a few poll pundits consider the Assam elections as a triangular fight, with the coalition of the AJP and the Raijor Dol (RD) as third formidable force.

However, considering the AJP and the RD alliance as a political force to be reckoned with stretches the ground reality. It would be a Herculean task for the new entity to make a mark on the anti-CAA sentiments, prime its past. It is true that the AASU, the parent organisation of the AJP, has a mass following in the State as it has retained the status as one of the strongest students’ bodies in the State. It must be noted here that this is the same students’ body that in 1985 gave birth to the AGP, one of the most successful regional political party in Assam. And the AGP under the leadership of its veteran AASU president Prafulla Kumar Mahanta ruled the State for 10 years, once from 1985 to 1990 and then again from 1996 to 2001. However, during the Tarun Gogoi-led Congress Government’s three consecutive terms from 2001 till 2016, the AGP, once termed as the voice of the “sons of the soil”, was relegated to a mere regional force. And over the years, bitter rivalry, defection and non-injection of young blood into the party hierarchy has led to its massive loss of political space in the State.

This time, when the BJP-AGP alliance has released the list of 70 candidates for the first phase of the poll, the party has dropped Mahanta’s name from Barhampur, the constituency he represented for seven consecutive terms since 1991. Though there are rumours that he may join the Congress, reliable sources say that the two-time former Chief Minister may not contest this poll because of his poor health. Despite all these hiccups, the AGP may be able to retain some seats. But there is high probability that the AJP may make inroads into the AGP’s traditional base. Also, the voters may get confused and the AGO loyalties may shift to the two regional parties, born out of the AASU. The RD may spoil the vote banks of both the AGP and the BJP to an extent.

However, what has been remarkable in the last four Assembly elections in Assam is the gradual and quite big rise of the BJP. Considering this trend, the prevailing situation, and the tendency of the Assam electorate to vote the same parties or alliances to power, the writing on the wall is clear: incumbent Sonowal regime has high chance to retain power. There has been a record of repeating the existing Governments in the past in Assam. Late Congress veteran Gogoi, though entangled in myriad problems and corruption scandals, won three consecutive terms. Of course, during his one and a half decade of rule, both the BJP and the AGP had not much stake in the State politics. And other smaller parties such as the AIUDF of perfume baron Ajmal and BPF could hardly play the role of a kingmaker, except exploiting their respective traditional vote banks.

What could catapult Sonowal back to power is his cogent reassurance to the voters that his Government will successfully address the concerns of high unemployment, flood problem and all about the positive impact of both the NRC and the CAA. Modi’s persona and performance at the Centre will certainly influence voters’ choice. However, in a Assembly election, only the State leadership’s performance on the ground can help them win back the trust of the people. Assam being an ethnically sensitive State, with an ever-emerging problem of Bangladeshi migrants since the starting of the historic Assam Movement, political parties must take into account the confidence of the large indigenous Muslim population. Instead of treating the immigration issue on the lines of religion, it must be addressed on the basis of its legality. It is the duty of the BJP-led Government to allay the fears from the minds of the local Muslims. And if it is not addressed properly, and in time, parties such as the AIDUF, the Congress, and other left-leaning platforms could misguide voters of the State to cash in on the confusion.

Therefore, despite possibilities stacked in favour of the Sonowal Government, this Assembly election will still be a test for the BJP. If it romps home, the much-needed long march of the saffron party in this remote part of the country will continue. Certainly, this will reassert Prime Minister Modi’s leadership and popularity across the region. Further, the party and its allies would be able to continue its developmental projects and win the trust of the electorate of Assam.