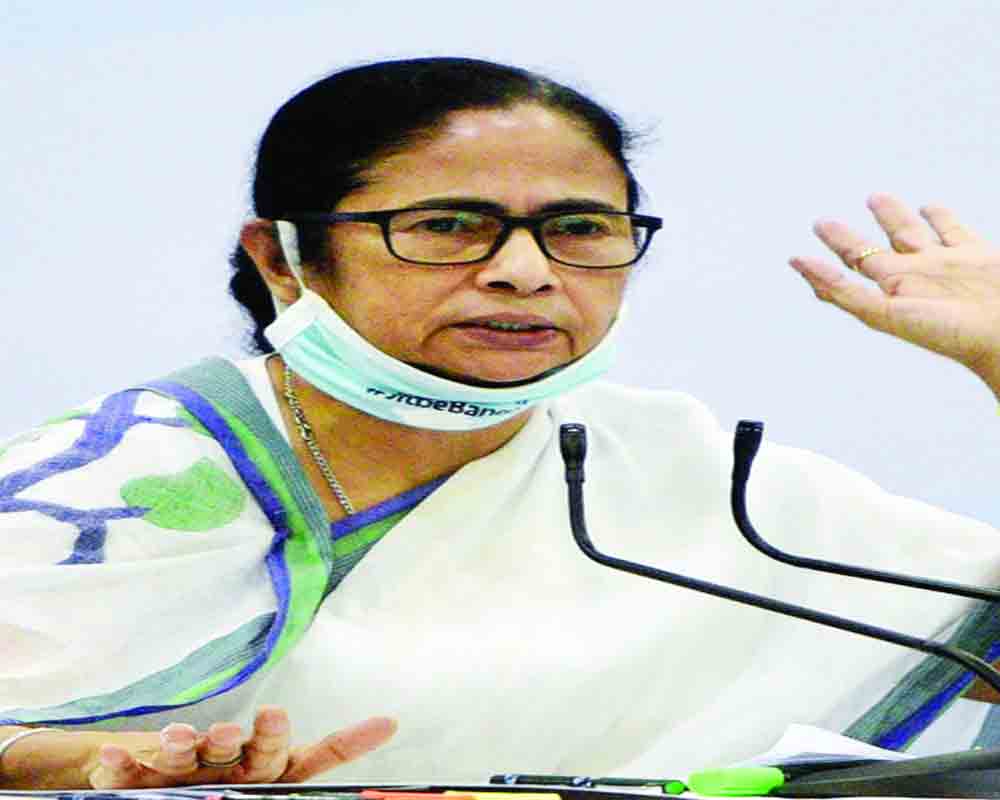 A Chief Minister’s five-day visit to New Delhi when Parliament is in session would normally raise no eyebrows unless it is Mamata Banerjee of West Bengal. She plans to arrive in the nation’s Capital to blow the conch for preparing the Opposition to unitedly face the BJP in 2024. At a rally in April, Mamata remarked, “I will win Bengal with one leg and Delhi with two legs.” She will certainly have the nation’s attention on her maiden visit to Delhi after her return to power in West Bengal. The task she has set for herself, to rally the Opposition forces in the country against the BJP, is not an easy one. Her last attempt boomeranged in her face. It may be recalled that on January 19, 2019, Mamata organised a gigantic rally in Kolkata that was attended by 25 national and State Opposition leaders and where they laid the foundation of a fledgling ‘Mahagathbandhan’. However, it was short-lived and Narendra Modi returned to power with an emphatic victory in the general elections. Her own victory may have given her a new resolve now. In a virtual address on Thursday witnessed by a phalanx of the Opposition leaders, Mamata asked for a united front to be born at once. “Khela hobe in 2024”, is to be her slogan. She would call the shots from Delhi, not Kolkata. Chandrababu Naidu and the late Jayalalithaa before her did leave their State capitals to play roles in national affairs but never led from the front as Mamata proposes to do.

The Opposition appears eager to overcome internal differences, now more than ever in the recent past. The Pegasus affair has left them shocked, knowing that someone could be privy to everything they do. The clumsy progress of the anti-COVID vaccination policy frustrates the State leaders no end. The Centre’s assertion about the lack of oxygen causing no death during the pandemic puts them in an awkward position as the States are unable to furnish any evidence to the contrary. Rising prices and inflation are fuelling anti-incumbency. The only silver lining is Mamata’s return to power, triumphant enough for the Opposition leaders to rally around her. Unlike in 2019, they have time on their hands — three years — and two challenges to see if they are ready for 2024: The Uttar Pradesh elections and the presidential elections in 2022. A united Opposition can trouble the BJP in UP and give it a fillip for the presidential poll. The BJP needs a good showing in UP not only to settle the issue of its dominance and avoid its allies having any second thoughts but also garner enough votes to get a candidate of its choice elected as the next President. Unless, of course, Mamata has different ideas, like choosing a seasoned leader as the united Opposition candidate, a leader whose national stature will supersede his regional credentials and earn him support from all quarters, including fence-sitter regional satraps.