Repeal of farm laws and the politics of winning

Repeal of farm laws and the politics of winning 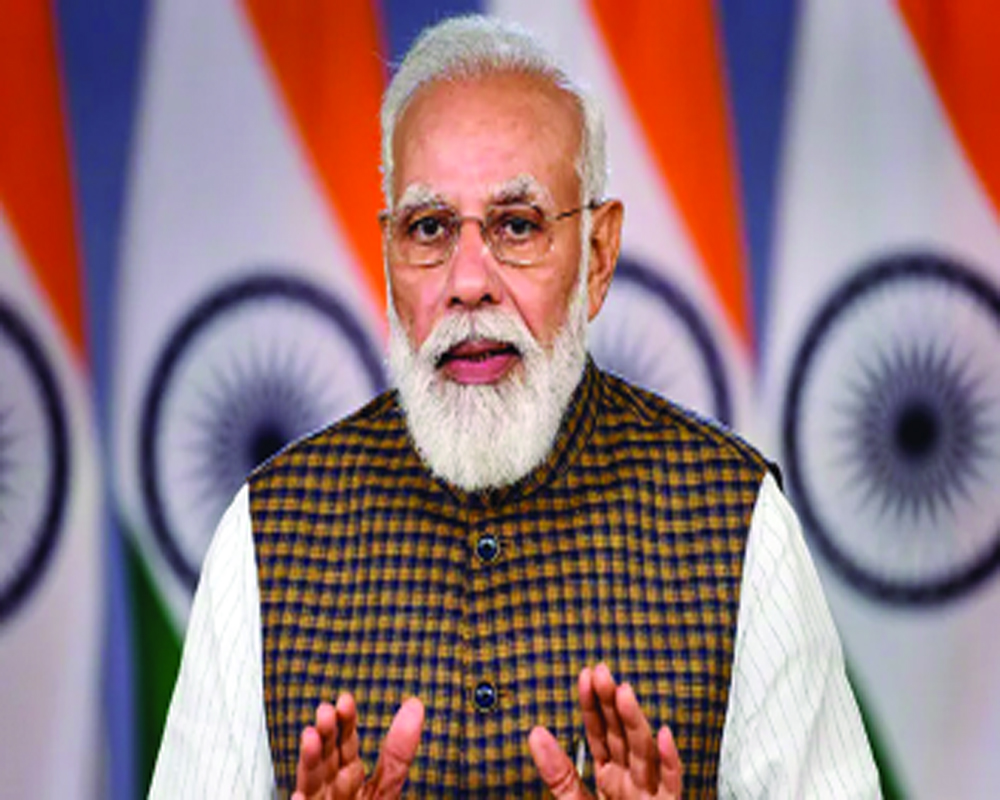 The reaction from the Opposition is interesting. The Congress is beating its chest about Rahul Gandhi, who had predicted that Modi would repeal the laws

Prime Minister Narendra Modi is not known for stooping.  However, political compulsions have made him rollback the three contentious farm laws last week. He has realized that whenever political opposition and mass movements come together, it impacts politics. As a shrewd politician, he chose to retreat.  In his national television address on Friday he apologized: "Today, I beg the forgiveness of my countrymen and say with a pure heart and honest mind that perhaps there was some shortcoming."

Modi sprang a surprise on the striking farmers, his devotees as well as his opponents. At one stroke, he had taken away the central issue of attack from the opposition in the upcoming Parliament session and the Assembly polls to seven states.

Modi's followers were more confused than his opponents. They had been defending the farm laws with such fervor that they felt a sense of betrayal by his climb down. But Modi knows what he is doing even if it appears that the repeal is at the cost of his image.

The rollback has won him laurels and brickbats. The pro-reform lobby in India and abroad is stunned by Modi's climb down as they apprehend that it will halt the reform process, which would have brought new technology and investment. They were banking on Modi that he would initiate reform, particularly in labour and agriculture.

The pro-farmer lobby is delighted at the victory of the farmers who ran their protests for a year bearing cold and heat and also Covid-19.  The opposition too thinks that their support to the farmers has won the day.

Incidentally, the rollback could result in a change of poll strategy-both for BJP and the opposition. The BJP is ruling in Manipur, Goa, Uttar Pradesh, Punjab, Uttarakhand, Himachal Pradesh and Gujarat, and the Congress is ruling only in Punjab. Winning Uttar Pradesh is crucial for the BJP. The party is happy that the opposition is not united and has started intensifying the campaign and activating the party machinery. The BJP has enough money and muscle power and also a well-oiled party machinery.

The reaction from the opposition is interesting. The Congress is beating its chest about the vision of Rahul Gandhi who had predicted that Modi would repeal the farm laws. But winning the poll-bound states is tough without a strong organization. For instance, Congress is presently in the fourth position in UP. It can only improve its position and not win the state. The Samajwadi Party was hoping to use the farmer's agitation as a central poll plank. The party is also getting ready to align with the Rashtriya Lok Dal, backed by the Jats.  Now it has to rework its poll strategy. The divided opposition might result in a hung Assembly.

The Congress could have won Punjab easily, but the Gandhi siblings have messed it up by getting rid of Captain Amarendra Singh last month. Captain has floated his party and getting ready for an alliance with the BJP. He might not win the polls, but he could damage Congress. The rise of the Aam Admi Party is also a worry.

The Udham Singh Nagar district in Uttarakhand where a large number of Sikh farmers live was an essential hub of the agitation.The state also does not have a strong chief ministerial face. So far, the Congress and the BJP have been ruling alternately.

In Himachal Pradesh, the Congress is upbeat because of its victory in the recent bye-elections. The BJP faced a complete rout in the recent by-polls. It also lacks a strong chief minister.

Goa is attracting outside parties like the Trinamool Congress and Aam Admi Party. Though Congress emerged as the number one party in 2017, the BJP snatched away the state by forming a coalition. The same thing happened in Manipur, and Congress lost the game.

Gujarat, the home state of both the Prime Minister and Home Minister Amit Shah, has already seen a change of chief minister. Still, it lacks a solid chief ministerial face. So is the case with Congress.  The fight will be tight.

The farmer's issue is still not closed. The farm unions have decided to continue their stir and demand a constitutional guarantee on Minimum Support Prices, repeal of the electricity law, and action against those behind the Lakhimpur Kheri killings.  They also demand compensation for the six hundred and odd farmers who died in this struggle. Will the government yield in all these issues? We have to wait and see.