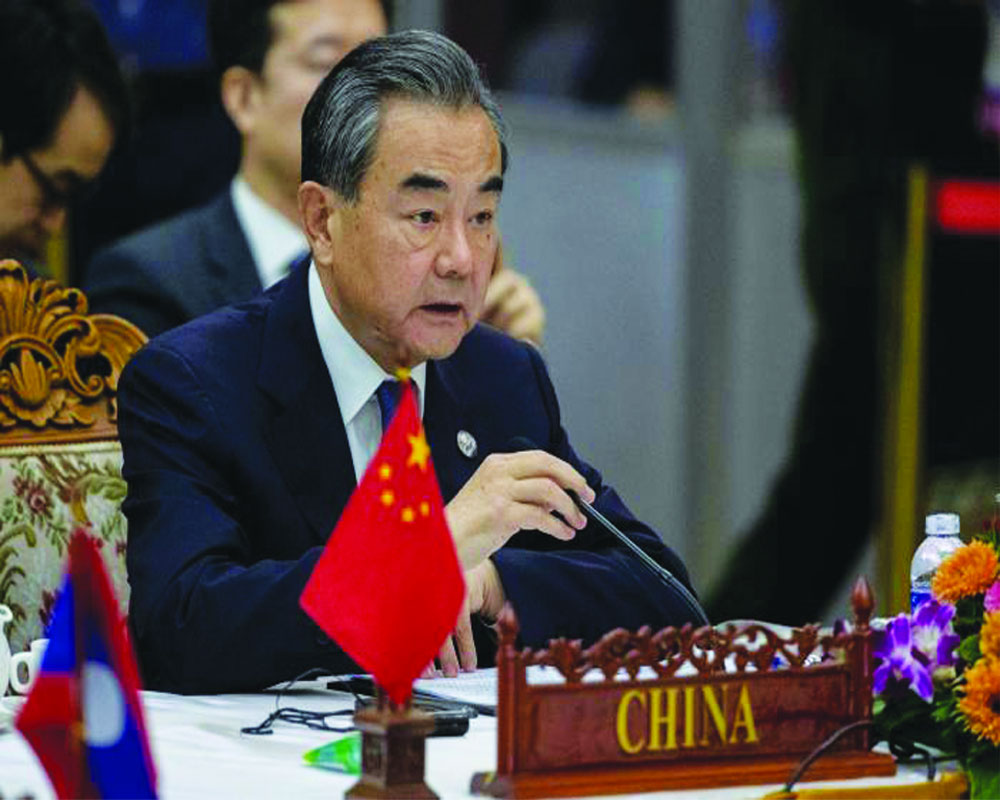 As China hosted the 10 Asean Foreign Ministers earlier this week, the fault lines between the Communist State and the Quad grouping seem to be deepening, largely with regard to the Indo-Pacific region and the South China Sea. China’s expansionist blueprint, especially under the Belt and Road Initiative, is an open secret. To counter India’s “Vaccine Maitri” initiative and a similar broad-based plan among the Quad members — an informal grouping of India, Australia, Japan and the United States —now China has pledged to provide COVID-19 vaccines and to cooperate in vaccine research with the Southeast Asian countries as it aims to boost influence in the region to counter the US amid recent military incidents involving the Philippines and Malaysia in the South China Sea. The Communist country is basically looking to push back against the recent regional outreach of the Quad. Chinese officials have in recent weeks stepped up Quad’s criticism. In Sri Lanka and Bangladesh recently, China’s Defence Minister called on both the countries to reject “military alliances”, which is their loose translation for the Quad. For its part, Quad’s diplomatic and military arrangement was widely viewed as a response to increased Chinese economic and military power.

In the latest round of developments, three-quarter of the Quad members — that is, minus India so far — have come out in the open to say that it’s pertinent to be wary of China amid the unfolding events as it attempts to tighten its hold in the Indo-Pacific region by exerting influence among the neighbouring countries. US Secretary of State Tony Blinken said in Washington that China is the single nation that militarily, economically, diplomatically and politically has the ability to try to “disturb” the rules-based order that America, its friends and allies strongly defend. Speaking of bilateral ties, China was mentioned as both the “most consequential and most complicated relations that the US has”. Around the same time, in Tokyo, Japan and Australia shared concern about China’s increasingly assertive actions in regional seas and its “coercive or destabilising” behaviour. It’s about time that India too openly came out to speak in support of its partners in Quad — which is just an informal strategic dialogue that is maintained by talks among the member countries — and didn’t fight shy of calling a spade a spade.