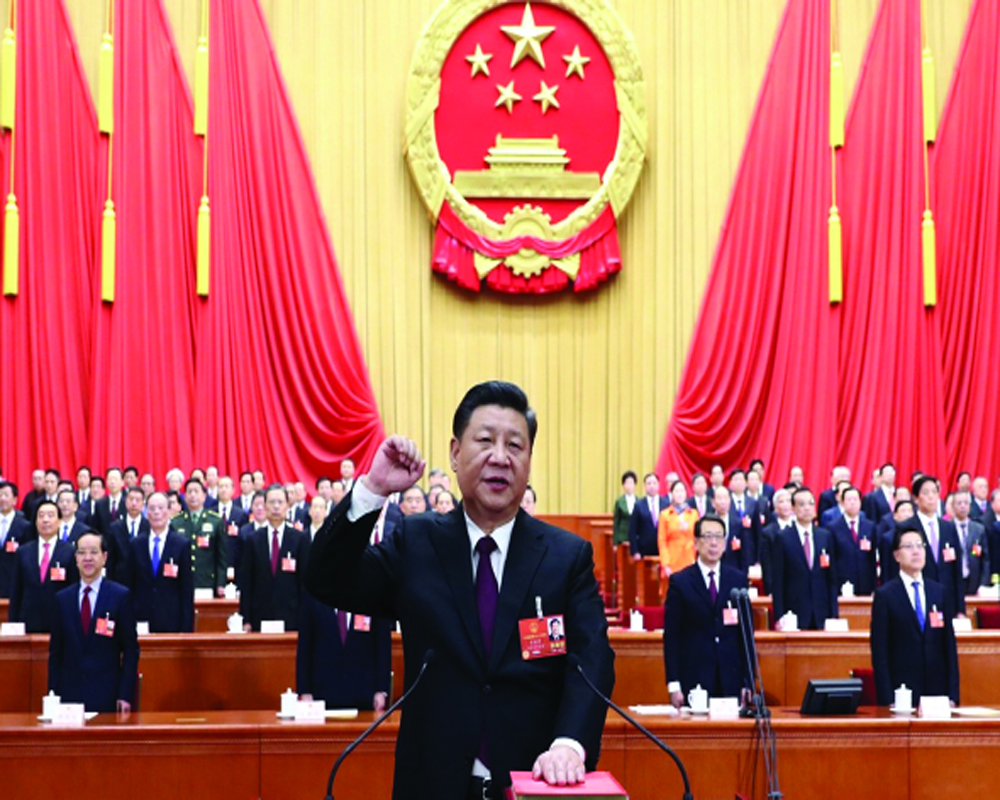 What was the alternative to the Maoist disaster? A Nationalist victory in the civil war, presumably, and how would that have worked out?

The Chinese Communist Party is celebrating the centenary of its foundation this week (Thursday, 1 July), and most people in China accept the origin myth that justifies its dictatorial rule. China was a horrendously impoverished and unequal society in 1921, the official line says, and owes its current prosperity and freedom from foreign rule to the Communist revolution of 1949.

The implication, never stated explicitly, is that without the Communist revolution China would still be poor and vulnerable to foreign meddling. But Japan and Korea, which share the same basic East Asian culture, have per capita incomes three or four times higher than China's, and they are also democracies.

Then why is anybody celebrating the 100th anniversary of the foundation of the Chinese Communist Party (CCP)? Because it's the victors who write the history, that's why.

1949, the year that Mao Zedong entered Beijing, was the year of peak Communism. In Europe, it was all downhill for Communism after 1950, and the Soviet Union itself finally evaporated peacefully in 1991. But in Asia it was different.

When the Communists took power in China in 1949, they should at least have enjoyed the same decades-long burst of growth that the Soviet Union experienced after the end of the Russian civil war in 1920. The raw material for that kind of explosive growth was available in both countries: a large peasant population ripe to be transformed cheaply into an industrial working class.

Communism did not stop this great initial surge of industrialisation from happening in Russia too in the 1920s and ‘30s, so why didn’t it happen in China in the 50s, 60s, and 70s? Step forward to the 'Great Helmsman’, Mao Zedong.

The trouble with Mao was that he really believed the sacred books. Russian Communists talked about ‘New Soviet Man’ as a Platonic ideal. Mao spent 25 years actually trying to turn the Old Hundred Names into a Chinese version of that imaginary post-human species.

It was twenty-five years of political upheaval, bloodshed, famine and chaos: tens of millions were killed needlessly, and in the end, China was just as poor as ever. Mao died in 1976, and it was 1980 before more sensible colleagues gained firm control of the CCP and began building a modern economy in China. By then China's East Asian neighbours, Japan and South Korea were just coming to the end of their three-decade spurts of 10 per cent-plus annual growth rates. China finally embarked on the equivalent process only in the 1980s.

China has now reached the end of its own three decades of high-speed growth, but because the three previous decades were wasted it still has a GDP per capita of only a third or a quarter of that in Japan or South Korea - or Taiwan.

What was the alternative to the Maoist disaster? A Nationalist victory in the civil war, presumably, and how would that have worked out?

The Kuomintang (Nationalist) Party, which still clung to power in Taiwan, was deeply corrupt and very oppressive in the 1950s and ‘60s. A non-Communist China would have been the same sort of ramshackle dictatorship in that era, but the Nationalists would have started growing the Chinese economy right away.  We know that because it’s what they actually did do in Taiwan.

Over time the Taiwanese economy blossomed, the island's people became educated, and eventually, in the 1980s, the autocrats were peacefully replaced by democratically elected governments. Why do people find it hard to believe that the same thing would have happened in a Nationalist-ruled China?

In fact, that hypothetical democratic China would now bestride the world like a Colossus. The Communist rule gave China the second-best outcome economically, and also lumbered it with a crude dictatorship. Will it remain that way forever?

The prevailing wisdom is that most people will put up with the dictatorship so long as the Party also delivers constantly rising prosperity - but China now has a pseudo-capitalist economy, including a welfare state that provides even less support to the under-class than the American one.

That makes the regime very vulnerable if there is a bad recession, which happens from time to time in capitalist economies. Moreover, under Xi Jinping, the Party is stuck with another president-for-life, which tends to end badly everywhere. The CCP could rule for another generation, or it could be gone in less than a decade.

(Gwynne Dyer's new book is 'Growing Pains: The Future of Democracy (and Work)'. The views expressed are personal)