The culture of political violence in India is not new

The culture of political violence in India is not new 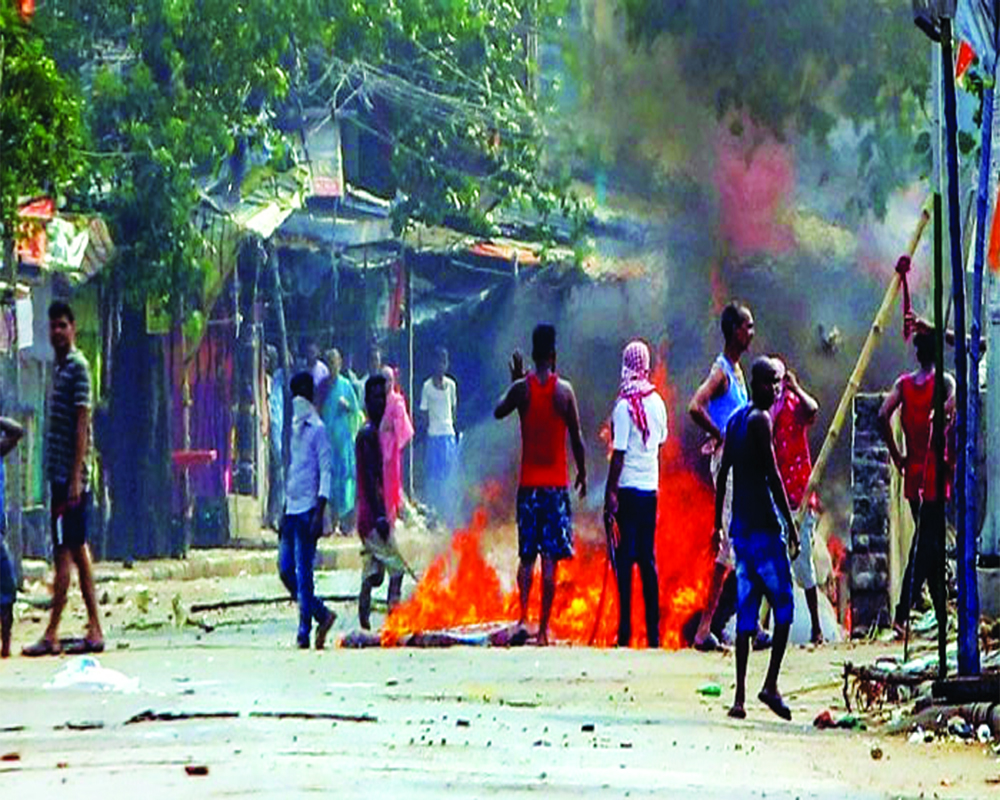 Politicians often capitalise on the emotions and beliefs of common people that can be regional, ethnic, and religious. They become an integral part of the political process. These values and beliefs become extremely intense and often lead to violence in the struggle for political supremacy. This phenomenon can be observed around the world as a means for gaining ultimate power. The issue of political violence has once again come to the fore in the wake of the recent Assembly elections in the five States, including West Bengal.

The struggle for existence has been marked by conflict, violence, oppression, and human rights abuses.  In the 18th century, violence was considered almost the only way to achieve political goals. During the French Revolution, the Jacobin rebels tried to overthrow the established political set up by adopting the formula of political violence and change the power structure. In Colombia, the Marxist-Leninist organisations like FARC (Revolutionary Armed Forces of Colombia) resorted to violence for political change since 1964, in Peru, the Shining Path also followed the same tactics and its terror impact is still continues. Thus, one could observe that while some organisations advocate ideology motivated by political violence  to achieve their goals, a few others use religion based  political violence for their objectives, especially in the Arab-Asian countries.

In most of the developed and underdeveloped countries, the casualties and backlashes of political violence during the  general elections or local conflicts is relatively low as compared to acts of terrorism. However, the situation in India is the opposite. The number of victims of political violence in the Gram Panchayat elections and right up to the General Elections or domestic conflicts like intra-State, inter-State or communal and sectorial and caste conflicts  is much higher than the number of deaths due to the terrorist attacks. It is an unanticipated phenomenon because such situation had never existed before, at least not on such a larger scale. Though, there were always exceptions. But a look at the violence in the last 50 years of General Elections in India reveals an astonishing picture of post-poll violence in India.

Between 1970 and 1990, there always were sporadic incidents of violence either during the pre-poll and post-poll period in the border states of India, especially in the Northeast States, viz, Nagaland, Manipur, Mizoram, Meghalaya, and Tripura and also in Punjab and the Kashmir Valley.  The demand for either right to self-determination or an independent State or a State with autonomous status compelled the rebels to use political violence to achieve their objectives. Moreover, the separatists were also protesting against the Union Government for frequent use of Article 356.

Until 1990, political violence was limited to targeting Government property or particular officials which eventually forced the government to negotiate. However, the general public was not harmed at a scale that is witnessed today. The assassination of a particular leader of a politically motivated community during the election period began with the 1985 General Elections in Bihar when 63 people, including four candidates, were killed and 200 people were seriously injured.The same was repeated in the next general elections. Between 1990 and 2004 period, as reported, almost 644 people lost their lives in various elections in Bihar. The feudal society, corrupt and weak administration, and political uncertainties provided  fertile ground to the local leaders who simultaneously took advantage of the deteriorating economic conditions and exploited a polarised social space. Political power was seized in Bihar by the ‘Bahubalis’, who resorted to violence and gave birth to private caste militias, whose activities were a precursor to political violence in  India.

Eruption of post-election political violence in West Bengal has dented the very composed image of the state. Despite limitations of economic and commercial prosperity, West  Bengal as a state did maintain social harmony and respected faiths and religious sentiments. Though it was never free from conflicts based on communalism or ideological rivalries or  caste conflicts, those sentiments and incidents were not used for power struggle. Unfortunately, the series of violence in Nandigram and Singur during the 2011 elections paved the way for using violence to meet political ends.

Unlike the developed urban centres of West Bengal inhabited by the ‘Bhadralok’, the socio-economic and political atmosphere in its rural parts is yet to see the fruits of  modernity. Paradoxically, much of the educated class has either migrated abroad or shifted to more developed parts of India, and for those in Bengal, their political existence is negligible. As a result, the political class in West Bengal essentially comprises the common man and activists with limited exposure to the real world.  However, the  political awareness and sensitivities of Bengali society are quite high because of their role in and contribution to the Renaissance and national movements.

The political activists remained only activists and followed the orders and diktat given or issued by their party leaders. In a way, political violence is becoming  a determining factor in elections.

The author is Dean, Humanities, Mumbai University. The views expressed are personal.