The ethnicities of Pakistani cricket

The ethnicities of Pakistani cricket 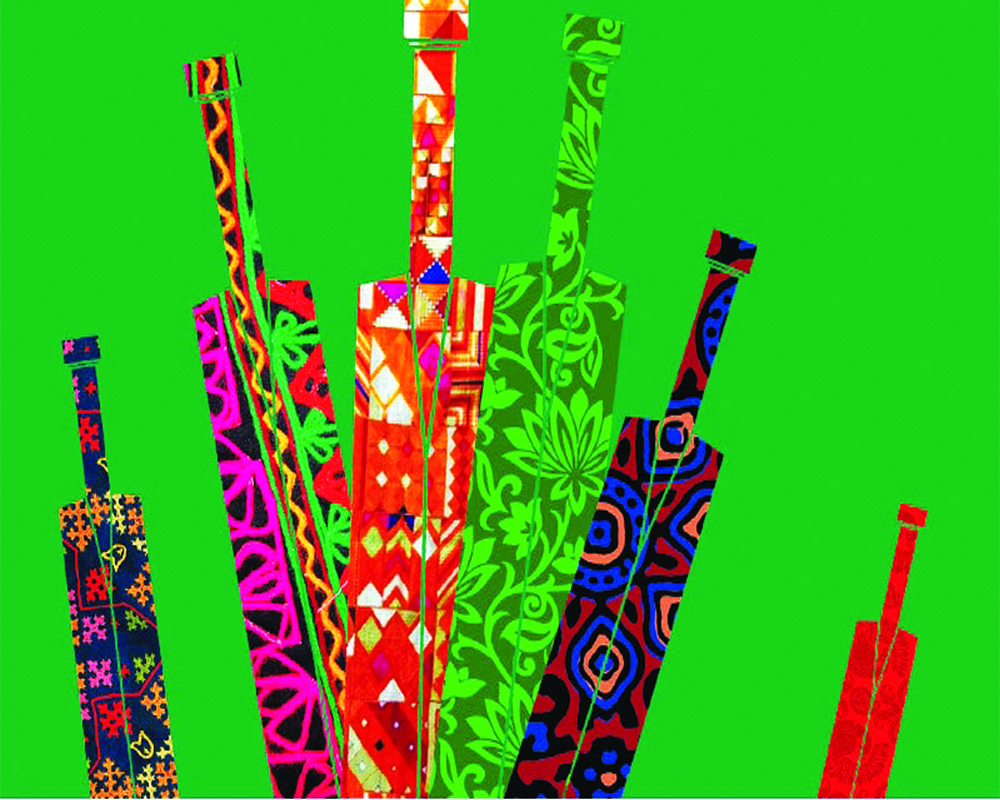 Is cricket really the unifying factor in Pakistan? What does the ethnic composition of its sports teams tell us about the socio-politics of the country?

Cricket is the only thing that unites the country”, is perhaps the most often-repeated statement one hears in Pakistan. Even though this is mostly said in a light-hearted manner, it directly stems from an overarching feeling within Pakistani society that, as a republic, the country is severely polarised on numerous social and political issues.

This is not a recent feeling, as such. It has been around for decades now. But the meaning behind this sentiment runs deeper than just the fact that cricket brings together an antipodal set of people that were clubbed together as a nation in 1947. Pakistan’s cricket team is, to a certain extent, a composite of the country’s various ethnic groups. But this was not always the case. Interestingly, the composition of the team has clearly reflected the manner in which different ethnic communities of the country have engaged with or were engaged by the State.

Cricket was not always the country’s favourite sport. Till the early 1980s, just like in India, field hockey was the most popular sport in Pakistan, so much so that in the 1960s it was declared the country’s national sport. And for good reason. Till the mid-1980s, Pakistan’s hockey sides dominated the sport in the international arena, winning three of the first five Hockey World Cup events.

And even though Pakistan would win its fourth Hockey World Cup in 1994, by then cricket had clearly become more popular and the prowess of the hockey side had gone into a gradual decline. The hockey teams were almost always made up of players from Punjab. The rest of the players were from Karachi, mainly Urdu-speaking (Mohajirs). The cricket teams too almost entirely constituted men from Punjab’s capital Lahore and from Karachi that was/is Sindh’s capital but has a Mohajir majority.

Early in the history of the country, Punjabis and Mohajirs were its two dominating groups in the fields of economics, politics and sports. They also dominated hockey and cricket teams. Both the sports could not gather much interest, though, outside the major cities of Punjab and beyond Karachi and Hyderabad in Sindh.

The Bengalis of then East Pakistan and presently Bangladesh often criticised the hockey and cricket boards for neglecting talent from the Bengali-majority region. Similar laments were aired by Sindhi, Baloch and Pakhtun nationalists. A 1967 issue of the Sindhi newspaper ‘Ibrat’ quoted the Sindhi nationalist scholar and activist GM Syed as describing cricket and hockey as sports that the country’s Urdu-speaking and Punjabi babu (elite) played.

Just before a 1969 Test match against New Zealand in Dhaka in former East Pakistan, the Yahya Khan dictatorship asked the selectors to select a Bengali player, Roquibul Hassan, after Bengali nationalists threatened to disrupt the match. He was played as the 12th man. And when he did get selected in the squad as a playing member, in March 1971 against an International XI, a civil war was already threatening to erupt in East Pakistan.

In 2019, he told the ‘Financial Express’ that he put a sticker saying “Joy Bangla (Long live Bangla)” on his bat as a protest against “West Pakistan’s treatment of Bengalis.”

In 1976, just before a Test match in Hyderabad, Sindh, Sindhi nationalists were quoted in the November ) 1976 issue of ‘The Cricketer’ as follows: “It is ironic that even during the regime of a Sindhi Prime Minister (Zulfiqar Ali Bhutto), there wasn’t a single Sindhi player in the country’s hockey or cricket sides.”

Javed Miandad, the 19-year-old Pakistani batsman from Karachi who had made his Test debut the same year, responded by saying that even though he wasn’t Sindhi-speaking, being from Karachi made him a Sindhi. In 1983, newspapers quoted General Fazle Haq, the then Governor of North-West Frontier Province (NWFP) which is the present-day Khyber Pakhtunkhwa, as saying that Pakhtuns do not like cricket. He claimed they were more interested in football. Ironically, the Governor was a member of General Zia-ul-Haq’s military regime.

Integrating the country’s non-Punjabi and non-Mohajir ethnic groups into the country’s mainstream scheme of things did not begin in earnest until 1973 onwards. But by then East Pakistan had separated after a vicious civil war to become Bangladesh. And, in 1973, an armed insurgency had erupted in Balochistan.

However, the process of gradually acculturating the Pakhtun in the ways of the State and the mainstream economy had already been initiated from the 1960s onwards by the Ayub Khan regime. Ayub was of Pakhtun descent. The Bhutto Government (1971-77) led by the Sindhi Prime Minister, proceeded to do the same with the Sindhis. But this also meant the slow erosion of the status of the Mohajirs as an elite group and their resentment in this context often played out on the cricket field.

For example, in 1968, during a Test match against England, crowds at Karachi’s National Stadium booed when the team’s captain Saeed Ahmad came in to bat. Ahmad was a Punjabi from Lahore who had replaced Karachi’s Hanif Mohammad as captain. The sense and perception of being ousted from elite institutions would increasingly come to impact the Mohajir psyche in the country.

This is one reason why there is always a lot of hue and cry from various quarters in Karachi when a cricketer from Karachi loses the captaincy or is dropped from the side. This is always explained as a conspiracy to marginalise the Mohajirs. Nevertheless, whereas the project to bring the Pakhtun into mainstream matters of the State and society continued, the process to do the same with the Sindhis was rudely interrupted with the fall of the Zulfiqar Ali Bhutto regime in 1977 and the manner in which the General Zia-ul-Haq dictatorship mishandled, rather manhandled, the reaction of the Sindhis when General Zia-ul-Haq decided to send Zulfiqar Ali Bhutto to the gallows in 1979.

It was only from the late 1990s that the Pakistan cricket team began receiving Pakhtun talent. Today, there are more Pakhtun players in the country’s team than there are from Karachi. What’s more, Sindhi players have recently proven their talent, enough to be selected for teams playing in the country’s premier cricket league, the Pakistan Super League and for Pakistan.

This can be seen as being at least one aspect of the mainstreaming of the Sindhi community that began in the 1970s but which had gone off the track in the 1980s. It was put back on this path mainly by the successive provincial Governments headed by the Pakistan Peoples Party in Sindh, which continues to co-opt Sindhi nationalist ideas by putting them in a federalist context.

The writer is a journalist and author of international repute. The views expressed are personal.Courtesy: Dawn