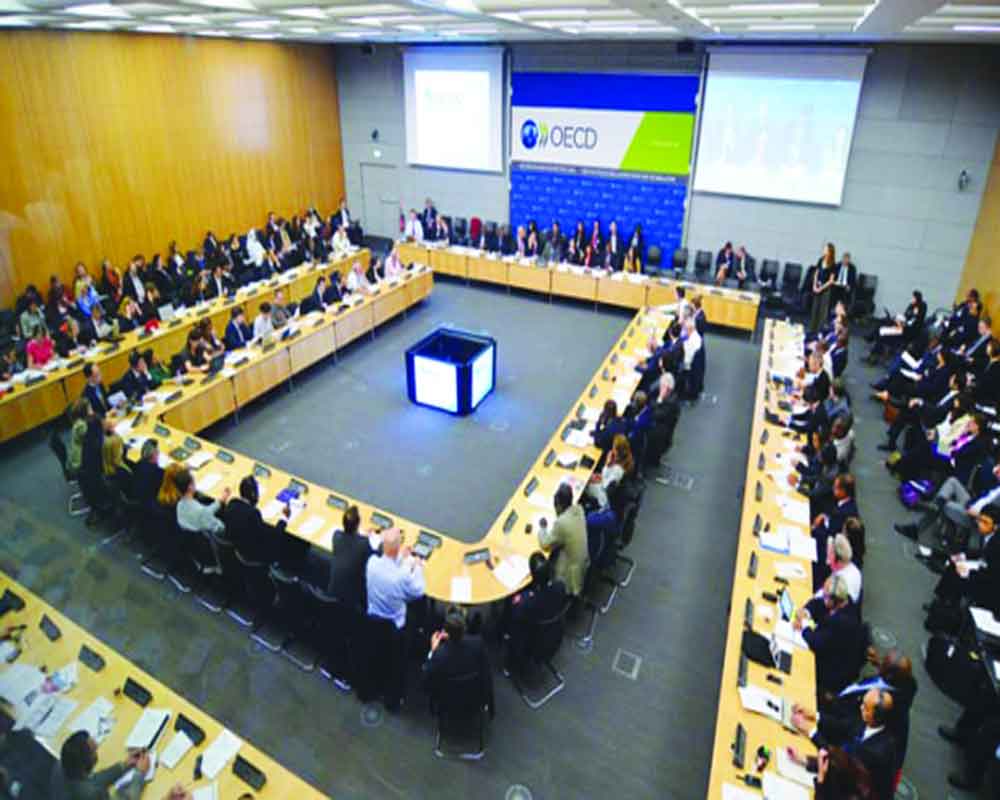 It was a historic event when 130 nations representing over 90 percent of global GDP agreed to a global minimum tax (GMT)of possibly 15 per centon corporations for a two-pillar solution to address the tax challenges arising from the globalisation and digitalisation of the economy. These countries are part of the Organization for Economic Cooperation and Development (OECD) which has been working towards preventing tax base erosion and profit shifting by companies that setup their businesses in low-tax jurisdictions to avoid payment of higher taxes. Nothing can prevent companies from engaging in such arrangements but the tax authorities became part of a global race to the bottom to compete which jurisdiction could lower their corporate tax rate most to check revenue leakage. The outcome was a double whammy: Companies still avoided taxes by locating in the jurisdictions that won this race and consequently, the tax authorities kept losing on their revenue collections. The digital companies felt the negative impact strongly as their headquarters would be in a low-tax jurisdiction and consumers all over the world; they would thus pay tax only in the low-tax jurisdiction thus hurting the tax revenues of all other jurisdictions. To overcome this problem, several countries levied a digital services tax and collected a percentage of revenue from corporations on certain transactions. In India, an equalisation levy of six per cent for ‘any specified service’ provided by a non-resident in some cases and of two per cent on a non-resident e-commerce operator subject to certain criteria is presently applicable. Such measures are adopted in retaliation of the tech giants exploiting the tax treaties or doing ‘treatyshopping’ that puts a hole in the coffers of the State.

As a result, there is a strong consensus to make the companies pay a minimum amount of tax irrespective of the location in which their businesses are headquartered. This will deter the companies from designinga complex web of corporate layers for shifting their tax base to low-tax jurisdictions and avoid tax in the country of consumption. The solution to the problem of Base Erosion and Profit Shifting (BEPS) was enunciated by OECD that provided for a framework in a pillar-wise approach as mentioned below. Pillar one proposes the reallocation of taxing rights in the jurisdictions where customers and/or users are located. Pillar two presents a global anti-base erosion mechanism to stop the shifting of profits to low tax or no-tax jurisdiction facilitated by new technologies and ensure a minimum level of tax being paid by multinational enterprises. The proposed rules aimto annihilate the idea of shifting profits by leaving no added advantage for the corporations in doing so. This will also encourage positive competition among companies by creating a level playing field that is otherwise distorted by the ability of only a few big international corporations to setup businesses in tax havens. The G-20 and the EU have supported this framework, but countries like Barbados, Estonia, Ireland, Hungary,among others, which are tax havens or low tax jurisdictions, have not signed up to the deal for various reasons.  The proposed rules shall override the present digital services tax. Also, laws such as the global intangible low-taxed income (GILTI) of the US to discourage profit shifting shall have to be aligned with the proposed Inclusive framework. The proposed regulation is a giant step towards an efficient global system of taxation. Concerns of all stakeholders must be considered and addressed to formulate and implement an effective policy framework. The G-20 meeting this October will decide on the agreement and its implementation plan. The rules may take effect in 2023.

(The writer is Professor and Head, Department of Commerce, University of Mumbai, Mumbai. The views expressed are personal.)