The legacy of the division of India

The legacy of the division of India 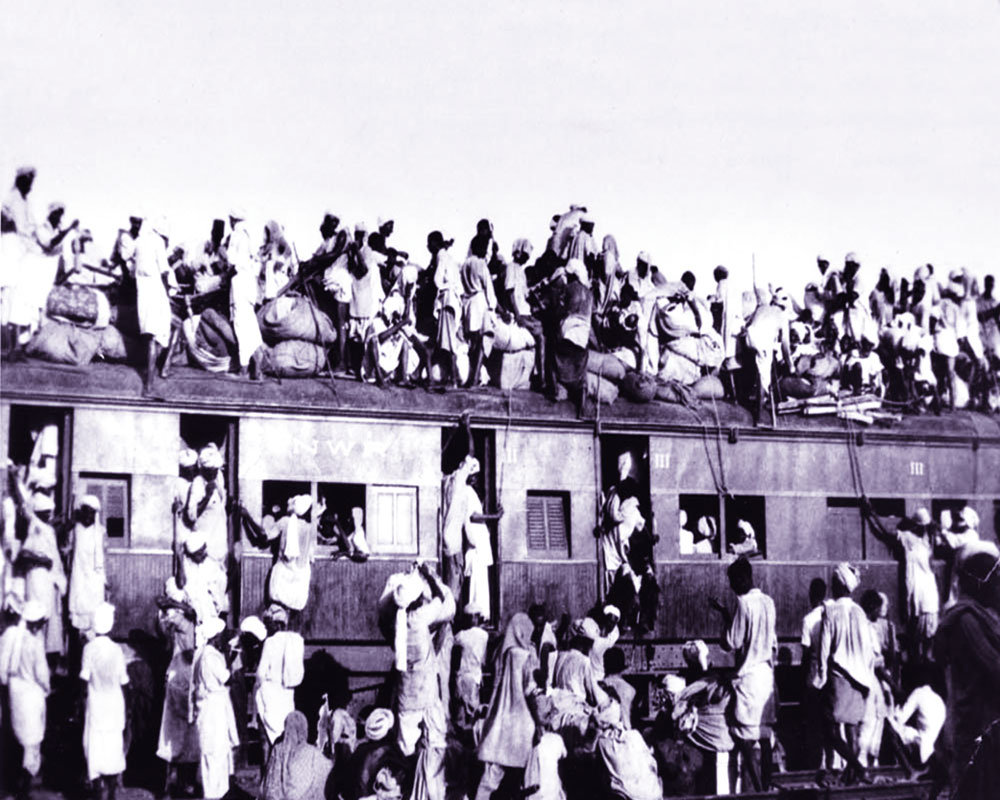 Hindus and Muslims derive their inspiration from different sources of history. Very often, the hero of one is a foe of the other

There were two sides to the coin of Partition. One was that the Muslim community was well behind the Hindus as well as the other minorities. They were about a third in population or one-third in numbers compared to the Hindus. Therefore, if Independent India adopted a universal adult franchise, they would be out-membered by lengths. Secondly, the Muslims were less educated. As a matter of long-term strategy, Islam had played down education from its early days of the seventh century. For the last thousand years, Hejaz as well as Caliphs had prohibited ijtihad (reinterpretation or change) and enforced taqlid (orthodoxy). The less educated a person, the fewer the questions he/she is likely to think up and ask. Thus, ensuring the perpetuity of the religion. Incidentally, women’s education was restricted to reading the Quran, especially the prayers.

When the British came to India, instead of using English, the clergy exhorted their followers to avoid the study of English and Western science. Sir William Hunter has made a lucid analysis of how and where the Muslim students fell back in the 19th century and even earlier. Then came the decision of Lt Governor of UP to make English the court language, Hindi and Persian was abolished. Such measures, although rational, put the Muslims back. Their fear was of diluting their identity which was dearer to them than their development.

The other difficulty was that very few Muslims took to business and industry, the only exceptions were the Khojas, the Memons and the Bohras, all based in Bombay. The Muslim elites of the rest of India were land based, whether agricultural, farming vegetables or cultivating orchards but had very few factories. In short, cultivating the Hindus had the economic lead. Timur Kuran, Professor at the University of Duke, has explained at length the financial disadvantage of Islamic communities. He has focused on West Asia and how Islamic ordainments have kept the common folk economically back. Imagine West Asia without petroleum! And imagine a business without banking and lending without interest!

The Viceroy had called an all-India election in December 1945 to January 1946. By that time, Jinnah’s speech preceding the passing of the Pakistan resolution on, March 23, 1940, at the Lahore session of the Muslim League was humming to virtually all Muslim ears in India. Incidentally, Jinnah deliberately made Fazlur Rahman of Bengal sign the resolution. Rahman was a popular, prominent peasant leader of the eastern wing of what eventually became Pakistan and now Bangladesh. His Two Nation Theory is very briefly stated here: the Hindus and Muslims have different religious philosophies, social customs and literatures. They neither intermarry nor interdine and, indeed, they belong to two different civilisations which are based mainly on conflicting ideas and conceptions. Their views on life and of life are different. It is also quite clear that Hindus and Muslims derive their inspiration from different sources of history. They have different epics, different heroes in different episodes. Very often the hero of one is a foe of the other and likewise, their victories and defeats overlap.

History has presented to us many examples, such as the union of Great Britain and Ireland. We know that the history of the last 1,200 years has failed to achieve unity and we have witnessed, during the ages, India was always divided into Hindu India and Muslim India. The termination of the British regime will be a worse disaster. Muslim India cannot accept any Constitution which must necessarily result in a Hindu majority Government. If Hindus and Muslims are brought together under a democratic system, it can only mean Hindu Raj. Muslims are not a minority; Muslims are a nation according to any definition and they must have their homelands, their territory and their State.

Indeed, Jinnah argued as if one is prepared to ignore the other. As Dr Rafiq Zakaria has put it: all throughout his younger years, Jinnah showed no interest in Muslims. He was, then, all for the Congress; its non-communal, nationalistic principle which enthused him.

When he was a young man, Jinnah worked for Hindu-Muslim unity and made every attempt to see that the Congress and the League presented a united front. He assured the British that they need not be unduly perturbed as its terms of the Lucknow Pact if implemented would help them as well. He welcomed the declaration made by the British Government on August 20, 1917, which assured Indians that “the policy of His Majesty’s Government, with which the Government of India are in complete accord, is that of the increasing association of self-governing institutions with a view to the progressive realisation of responsible Government in India as an integral part of the British Empire.” To give effect to it, the new Secretary of State Edward Montague visited India in the winter of that year. He along with Viceroy Lord Chelmsford conferred with the leaders of different schools of political thought to try and find a consensus on the future constitutional advance. Of all the politicians whom Montague met, he was most impressed by Jinnah. He recorded this in his diary: “Young, perfectly mannered, impressive looking, armed to the teeth with dialectics, and insistent upon the whole of his scheme....”

(This is part of an ongoing series on Indian Partition. The writer is a well-known columnist, an author and a former member of the Rajya Sabha. The views expressed are personal.)