The Taliban 2.0 is no different

The Taliban 2.0 is no different 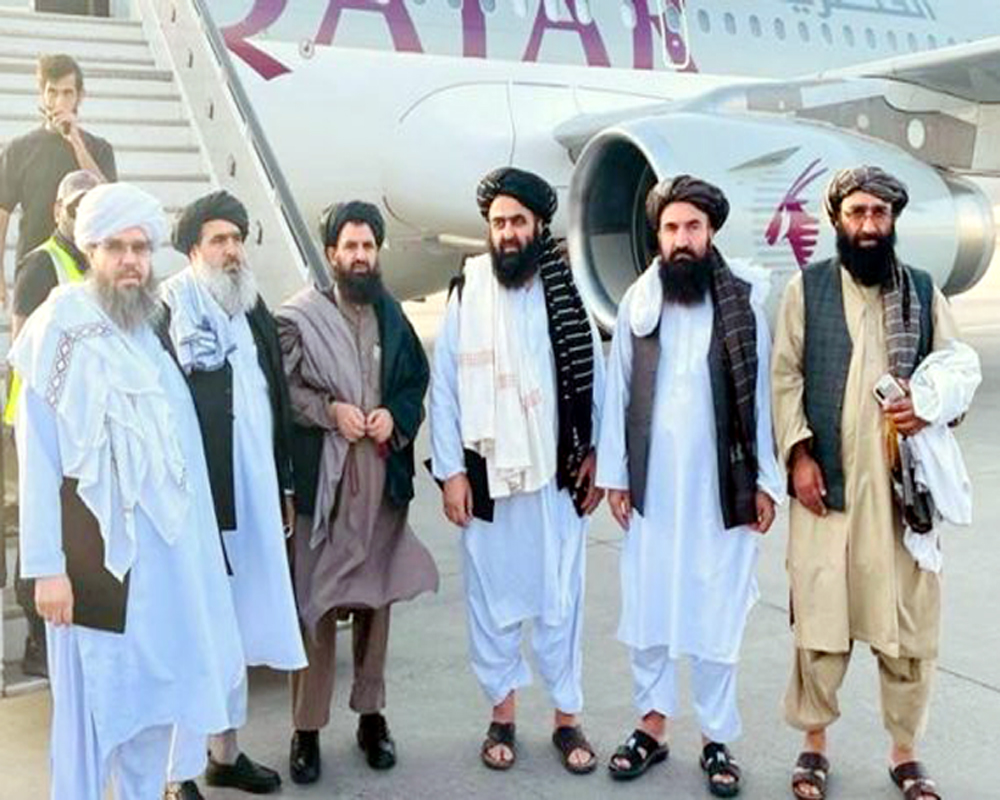 The Taliban doubtless said that their governance would be different this time. Developments on the ground, however, tell a different story

Three issues have emerged as being of key concern to the United States and the European Union—whose representatives have recently met those of the Taliban-- and members of G-20, in respect of the developments in Afghanistan. These are the humanitarian situation in that country, the danger of its becoming a spawning ground of international Islamist terrorism, as it had become during the earlier Taliban dispensation (1996-2001), and the human rights of all Afghans, particularly women, girls and the minorities. The US, on its part, has the specific issue of evacuating out of Afghanistan its own citizens and people who had sided with it --and are now in danger. They got left behind given to the utterly hurried and disorganized manner in which retreated from the country.

The humanitarian situation is doubtless grim with the country facing an economic collapse, rising food prices and unemployment.  Understandably, the US and the EU have been deeply concerned and the latter has promised one billion euros ($ 1.15 billion) as humanitarian aid. Nor is concern about terrorism surprising considering that Osama bin-Laden and Al Qaeda, who were behind 9/11 operated from Afghanistan. It was the Taliban’s refusal to hand them over to the US that led to the invasion that to their ouster.

Unfortunately, one has the impression that the issue of human rights of women, girls and the minorities, though on the table, is not receiving the same amount of importance as the first two. It is, therefore, essential to emphasise their importance given the fact that they had virtually ceased to exist during the earlier Taliban dispensation from 1996 to 2001.  What happened then? What happened during Taliban rule? Kamal Matinuddin, a retired lieutenant-general of the Pakistan Army, puts it in a capsule in The Taliban Phenomenon: Afghanistan 1994-1999:

“Girls are being denied education; women have been prevented from working; if they leave their house, they have to be covered from head to foot with a veil (burqa); besides being veiled, women have to be accompanied by a male relative when they venture out in the streets. Shopkeepers have been directed not to sell goods to unveiled women. Rickshaw drivers are not to pick up women passengers unless they are fully covered. Women caught violating these rules are imprisoned, as are the shopkeeper and the rickshaw driver.”

Ahmed Rashid writes in Taliban: Islam, Oil and the New Great Game in Central Asia, “ that edicts of the Department  of Promotion of Virtue and Prevention of Vice, headed by Maulana Qalamuddin, “had changed the lifestyles of Kabul’s once easy-going population and forced Afghan women to disappear from public view.” The entire repressive and joyless system rested on terror and ubiquitous espionage. All forms of entertainment were forbidden. Cinema halls were shut and music forbidden. Shaving or trimming of beards was forbidden. Administration of justice was medieval and based on the Taliban’s understanding of sharia law. Punishments were savage—such as public hangings and amputation in the case of thefts.

The Taliban doubtless said after coming to power in August that their dispensation would be different this time, that theirs would be an “inclusive government”, women and girls will enjoy rights under Islamic law, and would be able to study and work. Developments on the ground, however, tell a very different story. Women are facing a very severe shrinkage of their rights. Nothing is more emblematic of this than there being not a single woman in the interim government they have formed. Women demonstrating for a place in it have been violently dispersed. Nor can one miss the symbolism of the closure of the Women’s Affairs Ministry and the use of the premises to house Ministries of Prayer and Guidance and the Promotion of Virtue and Prevention of Vice. Women employees of the wound-up ministry, who have been trying to come to work, have been told to go home.

The Taliban-appointed Chancellor of Kabul University, Mohammad Ashraf Ghairat, said on September 27, “As long as a real Islamic environment is not provided for all, women will not be allowed to come to the universities or work.” Schools for boys have opened but nor for girls. A written order, ostensibly to strengthen “Islamic ethics”, has prescribed that all girls, above 20 years in age, need to get married. Further, all parents have been told that girls of 18 years and above in age, who wish to attend universities need to be married so that they could come to the campus with their husbands. The Taliban-run Kabul city government has asked its women employees to stay at home; only those who cannot be replaced by men can come. In most cases, there is no sign of women at work.

The medieval judicial system seems set to return. On September 25, the bodies of four kidnappers who had been killed in an encounter with the police were hung up in several public areas in Herat. The signs are ominous. The US and the EU must make it clear that while humanitarian aid will be forthcoming recognition of the Taliban regime and release of all other aid and frozen funds will depend on their record on the human rights front.