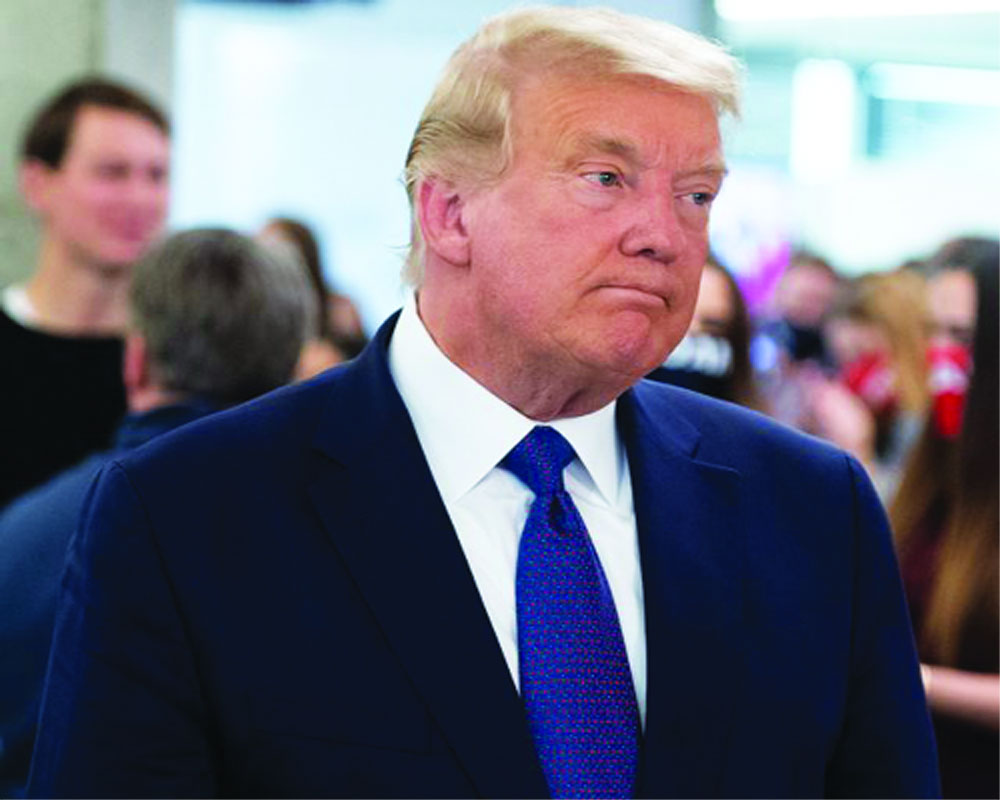 Twitter has banned the US President but can it disregard its own role in fanning the fire that led to chaos at DC?

Social media platform Twitter may have banned US President Donald Trump and, in turn, been accused of being a liberal Democrat plank to undercut him but the fact remains that it has served as his greatest propaganda tool and created a phenomenon called “Trumpism”. Enough for the outgoing President to propagate on a new platform that he has threatened to float and evangelise in the way he knows — Begin with subterranean tactics and legitimise them subsequently. In that sense, both Twitter, which respected his high office and the traction it generated, and Trump, who used it to connect to his constituency and negate a critical media, have benefited. In that sense, the damage has already been done; one that will easily outlast the latest insurrection on Capitol Hill or Twitter’s righteous stand to course-correct and stand neutral. Meanwhile, both have reaped more than the harvest they wanted. For Trump, Twitter’s short format and instant reactiveness helped his demagoguery without the need to explain his policies. It helped him mainstream a largely White supremacist idea and co-opt it as part of a larger American dream. It helped him justify his brand of divisive politics; one which posited liberalism as elitist and excluded the working class Americans and their concerns, one where he made diversity of talent irrelevant simply because it “stole” jobs from White Americans. In the run-up to the 2016 presidential election, Trump used Twitter for free media coverage worth $2.2 billion.

As Trump became a “Twitter” President, the social media giant first justified disseminating his content on the ground that he was among the most influential of elected leaders who it made exceptions for and then “it may be in public interest to allow people to view tweets that would otherwise be taken down”. The truth is it did not want to be in conflict with the US President despite the latter breaching its rules, and has only now realised that enough is enough. Even Facebook has indefinitely suspended Trump’s account. But both the platforms cannot disregard that they helped fuel the sentiment since 2016 that led to the storming of the Capitol Hill. Or that they are feeling emboldened by the regime change and keen to be on the good side of President-elect Joe Biden. The Democrat leader feels big tech majors are not doing much to control either fake news or hate speech. Had these platforms self-policed earlier, things would not have come to such a pass. They may have pushed Trump to the edges but fringe radicalism has now taken the centre stage and can survive without him. True, the share of Trump’s critics may have gone up among the Republicans but they, too, can hardly ignore the new voter base he has cultivated, the Latin Americans for example, or ignore the populist sentiments he has stirred. They cannot tame the mobocracy that he has let loose, dilute the prejudice which he has turned into a matter of pride or rethink aggressive capitalism that he has marketed as a virtue bigger than socialism. And by appealing to the Church belt, he has made Biden look anti-God. Republicans may sideline him for harbouring delusions of grandeur but they are under more pressure to be aggressive, considering they have now lost two Senate seats from Georgia, their one-time bastion. After #BlackLivesMatter, there has been an unprecedented mobilisation of Black voters. So it would be difficult to undo the destructive impact of the Trumpian years. The larger question is: Can social media ever again claim to be an open platform of free-flowing speech and ideas, considering it has gotten deeply embedded in all aspects of our life and, therefore, cannot be but an influencer in itself? Also, such is their combined monopoly that while Facebook generates far too much money from paid political adverts, Twitter capitalises on the negative publicity of Facebook and banning such adverts. Either way, both parties are capitalising on their huge database, a heaving monster that is beyond anybody’s control.