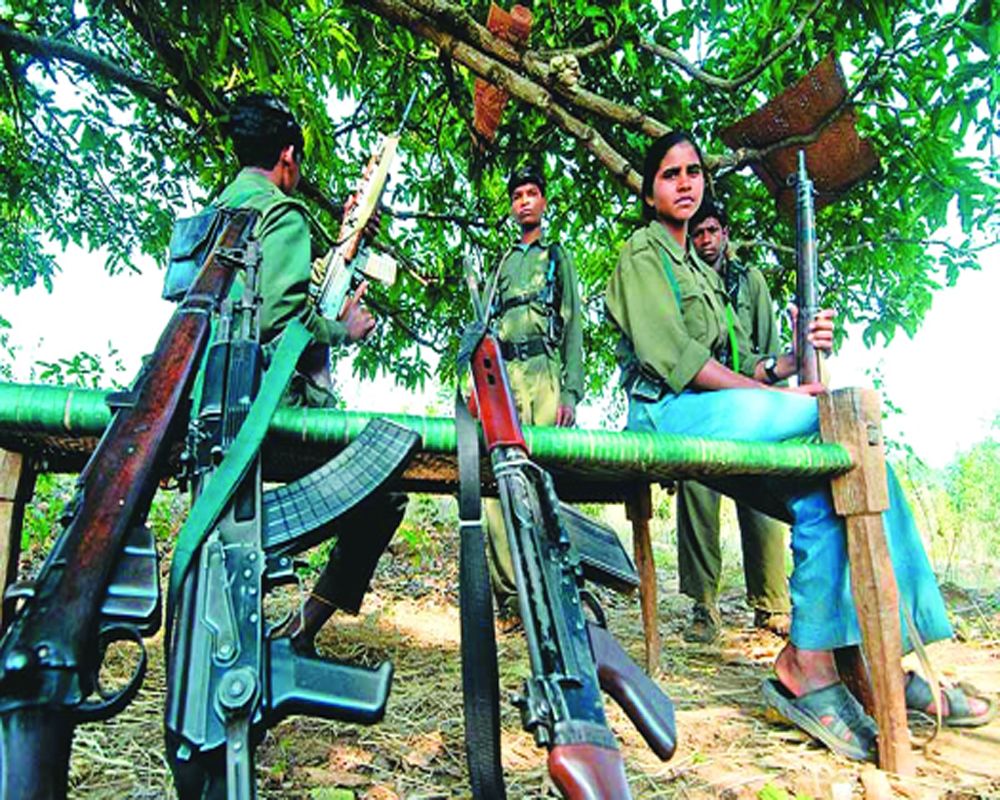 Centre limits anti-Maoist funding to 70 dists; UP out of coverage

Amid a weakening footprint of Naxal violence and a “marked” improvement in the security situation on the ground, the Centre has removed 20 districts out of 90 districts and one State out of 11 affected States from the coverage of Central funding under the Security Related Expenditure (SRE) scheme for conducting focused operations against the ultras to contain the menace.

The number of most affected districts in terms of Naxal violence has also come down from 30 to 25. These districts account for 85 per cent of the violence perpetrated by the Naxals.

Uttar Pradesh is out of the coverage of SRE as its three districts — Chandauli, Mirzapur and Sonebhadra — no longer require targeted interventions for containing naxalism, officials said.

Under the SRE scheme, the Centre reimburses the bulk of the expenditure incurred by the Naxal-hit State, including ex-gratia payment to civilians and security personnel killed by the ultras besides the expenses on mobility, logistics and communication as also ammunition used for operations against the ultras by Central paramilitary and police forces, among others.

The move follows a comprehensive review of the Naxal-hit States. The number of districts covered under the SRE scheme has now come down from 90 in 11 States to 70 in 10 States. SRE districts and the most affected districts were last revised in 2018.

The review of the Naxal-hit districts was undertaken by the Union Home Ministry in consultation with the affected States after which 23 districts have been excluded from the SRE scheme and two new districts have been added amid an improving security scenario across the so-called Red Zone. Additionally, one more district has been added as it was carved out of a district under the SRE scheme.

Based on the criteria of Maoist violent incidents, a separate category of “Most Affected Districts” was created in 2015 with 35 districts to ensure focused deployment of resources. Subsequently, following a review in 2018, the number of districts was brought down to 30.

A fresh review of these districts was undertaken recently in which nine districts were dropped and four districts added to determine 25 Most Affected Districts.

Separately, a new category of the “Districts of Concern” has been added to counter Naxal spread to new areas and to stop resurgence in the areas where the CPI (Maoist)-led violence is waning. The move has been taken to address resource gaps and consolidate gains in these areas.

In Jharkhand, SRE will be applicable in 16 districts — the highest number of districts in any State even surpassing Chhattisgarh which used to be the worst affected.

Three districts of Kerala---Malappuram, Palakkad and Wayanad--- have also been covered under the SRE scheme.

In Madhya Pradesh, three districts---Balaghat, Mandla and Dindori---will be covered under the SRE scheme.

Gadhchiroli and Gondia districts of Maharashtra and Jhargram districts of West Bengal are also in the ambit of the SRE.

Odisha has 10 districts under SRE and these are Bargarh, Bolangir, Kalahandi, Kandhamal, Koraput, Malkangiri, Nabarangpur, Naupada, Rayagada and Sundergarh.

Likewise, one district each in Andhra Pradesh (Visakhapatnam), Madhya Pradesh (Balaghat), Maharashtra (Gadhchiroli) and Telangana (Bhadradri-Kothagudem) have also been categorized as Most Affected LWE districts.

One district each in Bihar (Aurangabad), Jharkhand (Garhwa), Kerala (Wayanad), Madhya Pradesh (Mandla) and Odisha (Koraput) have been classified as District of Concern.

“The total resource envelope will now be utilized in a more focused manner on the districts as per the revised categorization. This issues with the approval of the competent authority,” reads an order issued by the Additional Secretary (LWE) in the Union Home Ministry, Praveen Vashista on June 19.

The copy of the letter underscoring review of the categorisation of the districts have been circulated to the Chief Secretaries and Directors General of Police of the 10 Naxal-hit States.

“A ‘National Policy & Action Plan’ is being implemented to combat LWE.   The Central and the State Governments have been working closely to tackle the problem. A number of interventions are being made, both security and development related, as a result of which, there has been a marked improvement in the LWE scenario,” the Ministry further said.

The categorisation of the districts provides for the basis for deployment of resources under various schemes. The evolving LWE situation necessitates a periodic review of the districts in order to ensure that the focus of anti-LWE efforts remains aligned to the ground realities, it added.