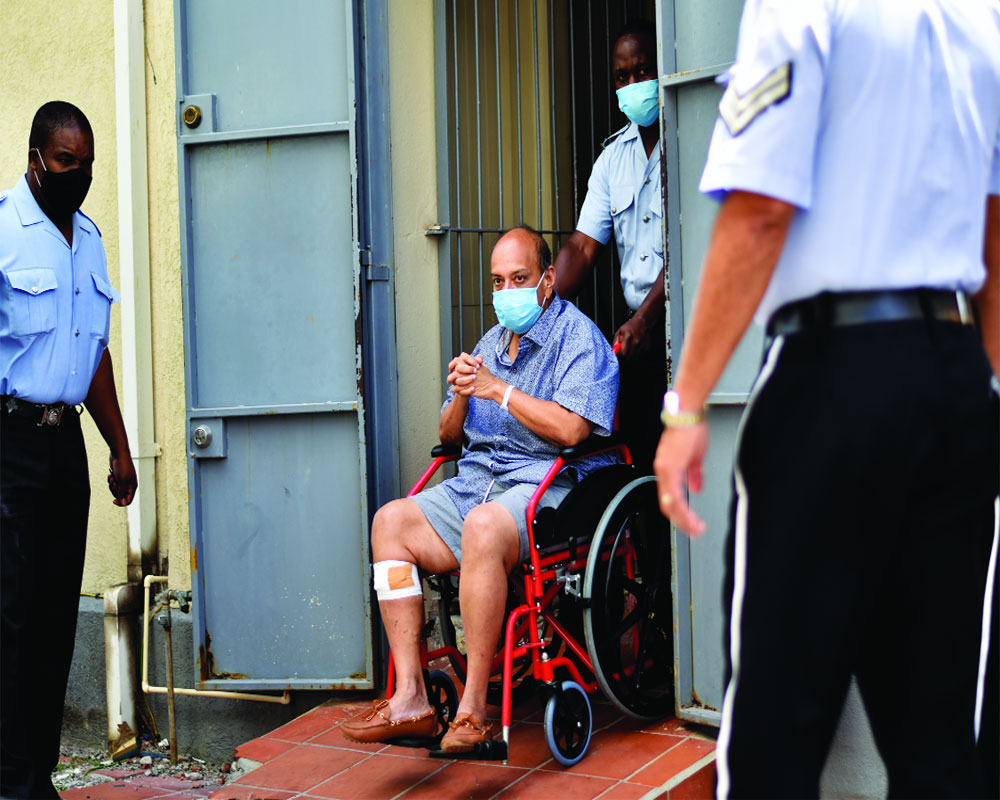 It’s likely to help his repatriation

In a boost to India’s efforts to bring fugitive diamantaire Mehul Choksi back here to face trial in the PNB scam case, the Dominican Government has declared him a “prohibited immigrant” in the Caribbean country. Furthermore, Dominica Prime Minister Roosevelt Skerrit has termed Choksi as an “Indian citizen” and declared that the courts will decide on his fate of repatriation.

The developments come as a tight rebuttal to Choksi’s claims of being abducted from Antigua to be later landed in Dominica forcibly by his alleged girlfriend of Hungarian nationality Barbara Jarabik.

In an order issued on May 26, the Dominican Ministry of National Security and Home Affairs said, “In accordance to Section 5(1)(f) of the Immigration and Passport Act Chapter 18:01 of the 2017 Revised laws of the Commonwealth of Dominica, you, Mehul Chinubhai Choksi, are hereby declared a prohibited immigrant.”

Dominican Minister Rayburn Blackmoore, who signed the order, further qualified the order, “I further direct that the necessary action be taken to have the said prohibited immigrant removed from the Commonwealth of Dominica in keeping with the procedure laid out in the said Act.”

Terming Choksi as an “Indian citizen,” Skerrit said the Government will protect the rights of Choksi as he awaits trial in a case of illegal entry into his country.

Choksi is availing interim relief from immediate repatriation to India following adjournment of hearing by a Dominican court.

On May 23, Choksi went missing from his safe haven in Antigua and Barbuda and was later nabbed in Dominica on May 26.

Following a directive from the top Dominican court, Choksi was directed to appear before a local magistrate earlier and he pleaded not guilty of entering Dominica illegally.

Choksi’s lawyers have alleged that he was abducted from Antigua by policemen looking like Antiguan and Indian, and brought to Dominica on a boat forcibly. The fugitive diamantaire’s attorneys have also filed a police complaint before the Police Commissioner in Antigua.

Choksi along with his nephew Nirav Modi is wanted in India by the CBI and the Enforcement Directorate in two separate cases relating to the Rs 13,500 crore PNB credit fraud case.

Choksi had acquired citizenship of Antigua in 2017 under Citizenship by Investment Programme. He is staying there after his flight from India in January 2018.

Meanwhile, Choksi’s wife Priti Choksi rubbished Jarabik’s sensational claims against the wanted businessman including about a supposed plan to escape to Cuba before his arrest in Dominica last month.

Priti junked charges that Jarabik only knew Choksi as Raj since that was the name he gave her. Priti said that even a child today can look up the identity of their friends on the internet.

The WhatsApp messages that have surfaced can easily be created by changing the content or through image editing software like Photoshop, Priti claimed.

“How is it possible that despite all the media attention and public furore surrounding this case, that this lady who has an Instagram account with thousands of followers was in the dark about all this, and did not come out to speak in defence of her ‘friend’?” she said.

“These bogus claims are only an attempt to present a wrong picture of my husband,” she said, adding since Jarabik was yet to reveal her location to anyone, her version was not at all credible.

In interviews to media outlets, Jarabik had earlier said that she had met Mehul Choksi over breakfast on the day he was allegedly abducted, but left for the airport and was on the other side of the Antigua Island that day.