Maa Annapurna to return to India after 100 yrs

Maa Annapurna to return to India after 100 yrs 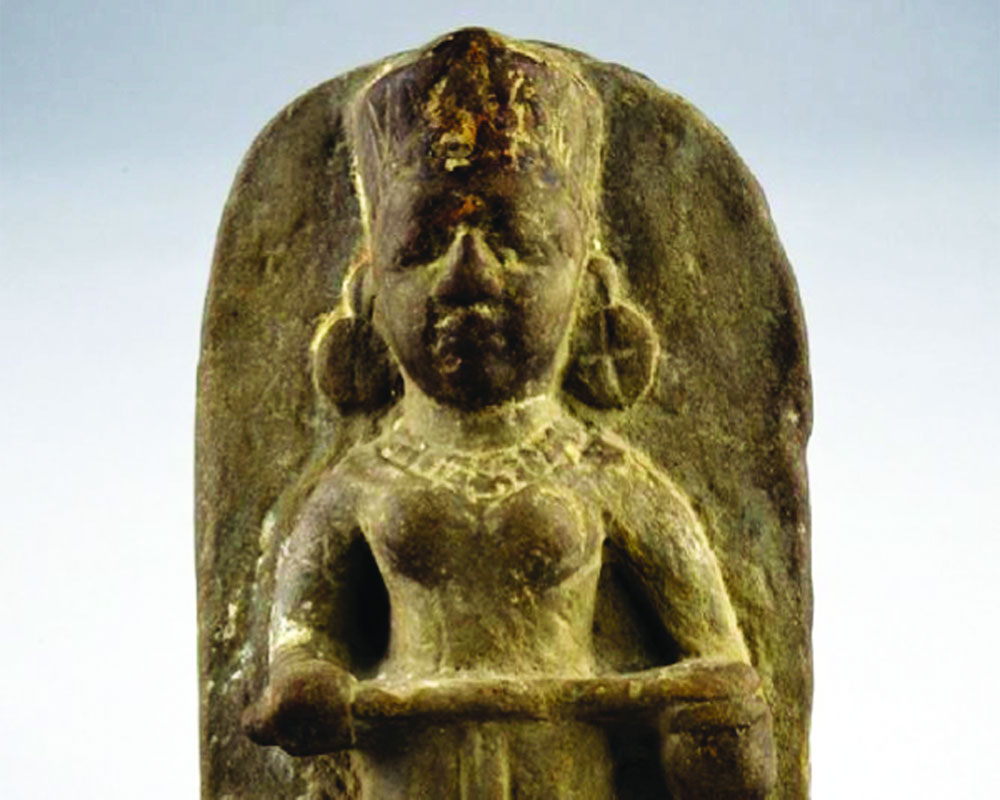 India has expedited the process of bringing back 18th century Maa Annapurna idol from Canada and sought quotations from private firms handling artefacts to ferry the antiquity here.

An official from the Union Culture Ministry said around four firms have submitted the quotations so far showing interest in bringing back the idol which was said to have been stolen from a temple in Varanasi and transported to Canada over a century back.

“We are in the process of closing the quotation,” said the official while refusing to share further details in the matter.

Until recently, the antique idol was part of the University of Regina, Thomas Chase university’s collection in its MacKenzie Art Gallery in Canada.  However, it was handed over by the interim president and vice-chancellor of the University of Regina, Thomas Chase, to India’s High Commissioner Ajay Bisaria, in a virtual event that was also attended by officials from Global Affairs Canada and Canada Border Service Agency.

Initially, it was proposed to be repatriated to India by mid-December last year, but because of various unavoidable reasons, it could not happen, the official said.

He added that the Archaeological Survey of India (ASI) is the nodal agency to execute the task, being the official custodian of all such repatriated idols.

The Annapurna, also spelt Annapoorna, known as the goddess of food, shot in fame after Prime Minister Narendra Modi mentioned about its arrival from Canada to its original home in Varanasi. The PM was addressing the public on Dev Deepawali Mahotsav on November 30, 2020.

“Every Indian would feel proud to know that an ancient idol of Maa Annapurna is being brought back from Canada to India. This idol was stolen from a temple of Varanasi (Modi’s Lok Sabha constituency) and smuggled out of the country around 100 years ago somewhere around 1913,” Modi said.

“Mata Annapurna has a very special bond with Kashi (Varanasi). And the return of the idol is very pleasant for all of us. Like the statue of Mata Annapurna, much of our heritage has been a victim of international gangs,” he added.

The Indian High Commission in Canada in a statement said the university recently discovered that the Annapurna statue may have been acquired “under suspicious circumstances and did not conform to current principles of ethical acquisition”.

Bisaria said, “The move to voluntary repatriate such cultural treasures shows the level of maturity and understanding in India-Canada relations.”

That it may have been illegally brought to Canada was first raised by artist Divya Mehra as she was going through the collection while preparing for her exhibition, which began in August this year. Later, Dr Siddhartha V Shah, curator of Indian and South Asian Art at the Peabody Essex Museum, identified the statue as the Hindu goddess from her “female physical characteristics. “She holds a bowl of kheer (rice pudding) in one hand and a spoon in the other. These are items associated with Annapoorna, who is the goddess of food and the queen of the city of Varanasi,” he has been quoted as saying.