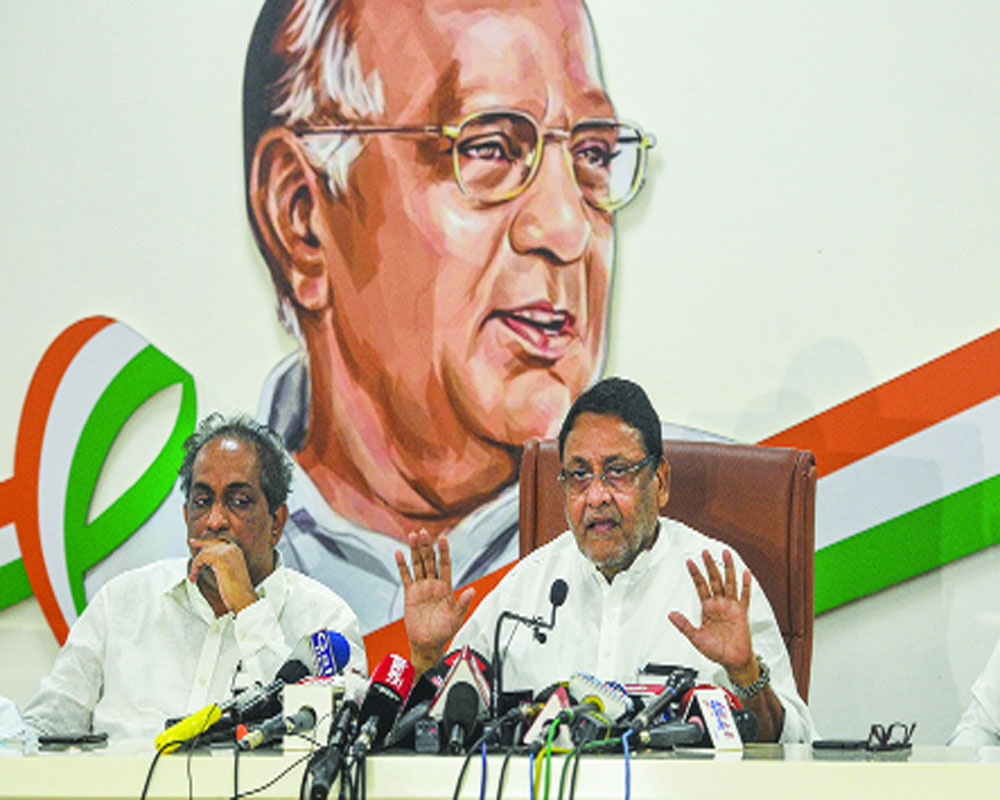 “In all 11 persons, including Aryan Khan, were detained during the raid on Cordelia Cruises’ Empress ship on the night of October 2. However, the NCB officials let off three of the detainees — Sachdev, Pratik Gaba and Amir Furniturewala — after receiving calls from BJP leaders based in Delhi and Maharashtra. Subsequently the number of detentions came down from 11 to 8.

Malik charged that several BJP leaders from New Delhi and Maharashtra had made “frantic calls” to the NCB Zonal Director Sameer Wankhede for the release of the three detainees.

“Who were the persons calling up the NCB that night and why? The Maharashtra and Mumbai Police must probe the call detail records (CDR) data of Wankhede,  Sachdev, Furniturewala and Gabha,” Malik said.

Refuting Malik’s allegations, Deputy Director General, NCB Gyaneshwar Singh said, “A total 14 people were brought to the NCB office that day. Their statements were recorded. Eight were arrested on the basis of evidence and six were released since there was no evidence against them.”

Alluding to Malik’s allegation about the two BJP activists’ involvement in the raid, the senior NCB official said that as operations are conducted on a real-time basis, “field verification” of independent witnesses is not possible as the main focus is recovering contraband.

Earlier this afternoon, releasing videos substantiating his claim about the detention and release of the three persons, Malik said: “When Sachdev was released along with two others, his father and uncle were present with him. The names of Gaba and Furniturewala figured in the arguments during the hearing in the court. Aryan Khan had gone there upon invitation from these three”.

On the questions raised pertaining to the ‘panchnamas’, the NCB head said these are made on the respective spots so the place, timing, situation and resources may differ, but they are part of the court records and will be included in the charge-sheet in future, and also open to scrutiny at appropriate fora.

In another charge, the NCP Minister said that a BJP leader and a “so-called private detective’ Kiran P Gosavi had signed on two “panchnamas” giving different addresses of Thane and Navi Mumbai.

“While one 4-page panchnama of pages was handwritten by a NCB official Satish Kumar, the other 9-page ‘panchnama’ was typed Ashish R Prasad and was a computer printout… How did this happen?,” Malik asked.

“Normally, the ‘panchas’ prominent or respectable persons, but in this case, the NCB got at least 2 politicians — Manish Bhanushali and Gosavi. Of them, Gosavi is wanted by the Pune Police,” Malik said.

On his part, Leader of Opposition (Council) Pravin Darekar of the BJP dismissed the NCP’s allegations saying it was intended to seek publicity and arising out of frustration as Malik’s son-in-law was nabbed by the NCB in a drug case.