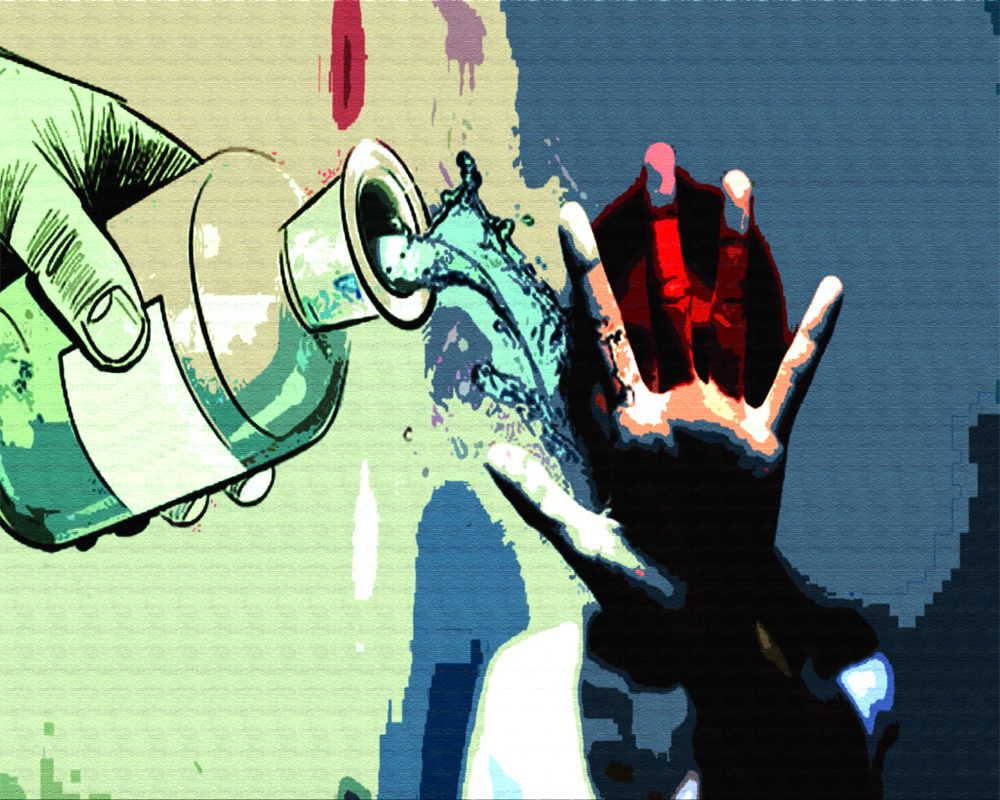 MUSBA HASHMI speaks with experts to analyse why is male ego so fragile that it can’t take no for an answer and the only solution to rejections they have is — acid attack. However, the disturbing fact is that not only the young boys but also the so-called mature people are taking to these cowardly acts

These lines by women rights activist and advocate Pooja Sareen echoes the tremendous pain that every girl goes through acid attack. The rising number of acid attack cases in India is making every girl tremble with fear when going out of the safe environs of home. It is making them arrest their mind to think or decide freely as they never know who will throw acid on them only because someone out there might not be able to digest their freedom.

The danger is not only from the young and less mature men, but also from the so-called mature individuals. The general perception was that the perpetrators of horrendous acid attacks are young frustrated individuals, but recently a 50-year-old man was caught after he threw acid on a woman in Assam’s Dibrugarh. The mute question now is that even the mature men are showing the immature side when it comes to dealing with rejections by women.

The man in his 50s was arrested last week; though the intention of the man is not yet out, it still falls in a category where women are being disfigured or robbed of their natural beauty because someone could not tolerate a woman standing up for what is right according to her. Figures released by the National Crime Records Bureau (NCRB) found that between 2018 and 2020 there have been nearly 1, 600 victims of acid attacks in the country. At least one acid attack is perpetrated every day. However, the country with the highest number of acid attacks has the lowest number of convictions — less than five per cent — according to activists who work closely with victims. Women have been at the receiving end of men’s ire, and the trend is not stopping.

No doubt, women are being heard and movies like Chhapaak are being made, the respect that women deserve is far from their reach. Chhapaak was inspired by the story of Laxmi Agarwal, who was burnt with acid in Delhi in 2005 when she was barely 15 years of age. She protests banning the sale of acid in India and supporting acid attack survivors. Many other acid attack victims are working for this cause, to save other girls from such henious, heart rendering incidents. “Question is why and who do we have to save our girls from?  We need to save them from the males who undergo rejection, of their friendship, marriage, dating and sexual proposals. Why is male ego so poisonously dangerous that it cannot stand a no and take the vengeance and revenge from innocent girls, by throwing acid on their face. The ideology or the thought remains that, ‘what can’t be mine, can’t be anyone else’s either’. It only shows their disturbed and harmful psyche,” says Sareen.

The low conviction rate is also not helping the cause. The Section 326 A in the Indian Penal Code lays down the punishment for acid attacks. The minimum punishment is 10 years' imprisonment. It can extend up to life imprisonment with fine. A separate law to punish offenders in such cases was passed along with amendment of law on sexual offences, in 2013, after the PIL filed by Laxmi Agarwal a victim of acid attacks. “These perpetrators should be punished vehemently, and stricter laws and penalties should be imposed on such wrong doers, who destruct and devastate the lives attacking them with acids,” adds Sareen.

A case in point is Rakshima (name changed) who was attacked with acid by a man much older to her for, yes you got it right, rejecting his marriage proposal.

“I was in my late 20s when that man, who used to live somewhere nearby, threw acid on my face and body because I rejected his marriage proposal. He was not only twice my age, but was also a divorcee. He stalked me for a while and one day told me that he wants to marry me. In fact, it was not a proposal but an order. I hate recalling that day, but unfortunately it has been etched in my memory and on my face. Every day, I am reminded of how that day has completely changed my life,” she says.

The sad part of Rakshima’s story is that after the incident the man was left without even the slightest feeling of guilt. “I can recall the expressions on his face after the incident. He was satisfied that he did what he wanted, that he ruined an innocent life and that he successfully fed his false ego.  Within seconds, I fell unconscious and woke up only to see my disfigured face. I didn’t cry or shout. I was numb. I started thinking about what it takes for people to become so coward and go so down in life  that they don’t shy away from ruining lives. I was devastated, but was determined to never cry over the cowardness of a man who has nothing to do in his life. My beauty lies inside me,” she tells you.

However, Rakshima is not an exception, another girl in her early 20s faced the same situation. Her dreams shattered along with that acid bottle. “Revenge, the sense of not taking no as an answer for anything and looking down upon women are a few reasons why these horrendous crimes take place. There have been so many debates around the topics, but I want to ask what has really changed? No one might have the answer to this. The society, which on one hand encourages movies like Chhapaak on the other hand still turn their back towards acid attack survivors. We still fight to get our place. Some people even don’t hesitate in saying that we should have married that person in the first case. And if we would have did, things would have been better. However, it is not their fault actually. It is their upbringing and their thoughts is a window to their personality. It is because of this mindset that girls fear to walk on the streets alone. They tremble when a boy follows them. A shadow behind them even on a busy street send shivers down their spine. You ask why? Because no one knows what that shadow can do to them,” she says without disclosing her identity.

Psychologists feel that low conviction rate is also behind increasing cases as criminals know that they can get away with the heinous crimes or at least they will get a window where the victims will drop the cases after tiresome rounds of courts. “I have had the experience of interacting with many people with criminal bent of mind, and the sheer disrespect to the law comes directly from the delays in such proceedings. Though courts cannot be blamed entirely when we see the huge number of cases as against miniscule number of judges in India. A mechanism has to be put in place; the Government also has to step up the efforts to arm the courts with adequate number of judges,” says Pulkit Sharma, a clinical psychologist.

“India the nation of Goddesses, chat poojan, Durga Pooja, Maa Saraswati, a nation which chants jai mata di as soon as a voyage or a journey commences, a nation which believes that our Goddesses are most powerful, how ironic is it that the same nation tragically tops the global charts when it comes to acid attacks targeting women. India, hamari Bharat Mata tops when it comes to rape cases,” wonders Sareen. The question arises, why to throw acid and take criminality to a level where it not only falls in the parameters of crimes that leave you trembling in fear, but also shows disrespect towards a gender that is compared to Goddess in the country.

Many experts feel that frustration with life or life matters is also behind the perpetration of such crimes. “These criminals are, generally, the people who are rejected or less accepted by the society. There are cases where the accused person reaches a level of aggression because of these rejections, and vents his frustration on the easiest of victims. The intensity of the action depends on the mindset at that moment or the availability of the tools of crime to the accused. This is the reason that every sane person in India favours ban on open sale of acid. I am not saying that it will put a full stop to the crime, but it will be a step towards curtailing the atrocious act,” says Sharma.

Experts feel that fast track courts should be constituted to adjudicating, these matters , India’s population is humungous and so are the number of cases, more fast track courts should adjudicate these matters, so that punishments could be imposed and justice should prevail. “Section 326 A & 326 B should be imposed per the prevailing law, and Indian Penal Code. Also there should be awareness workshops conducted by NGO and on social media, awareness sessions should be conducted to cease and control the increasing aggression and frustrated instincts in the males, they should be educated to accept a rejection, a no. Human values need to be imbibed in them, they need to be properly trained that females are not their property. Human life is precious,” suggests Sareen.