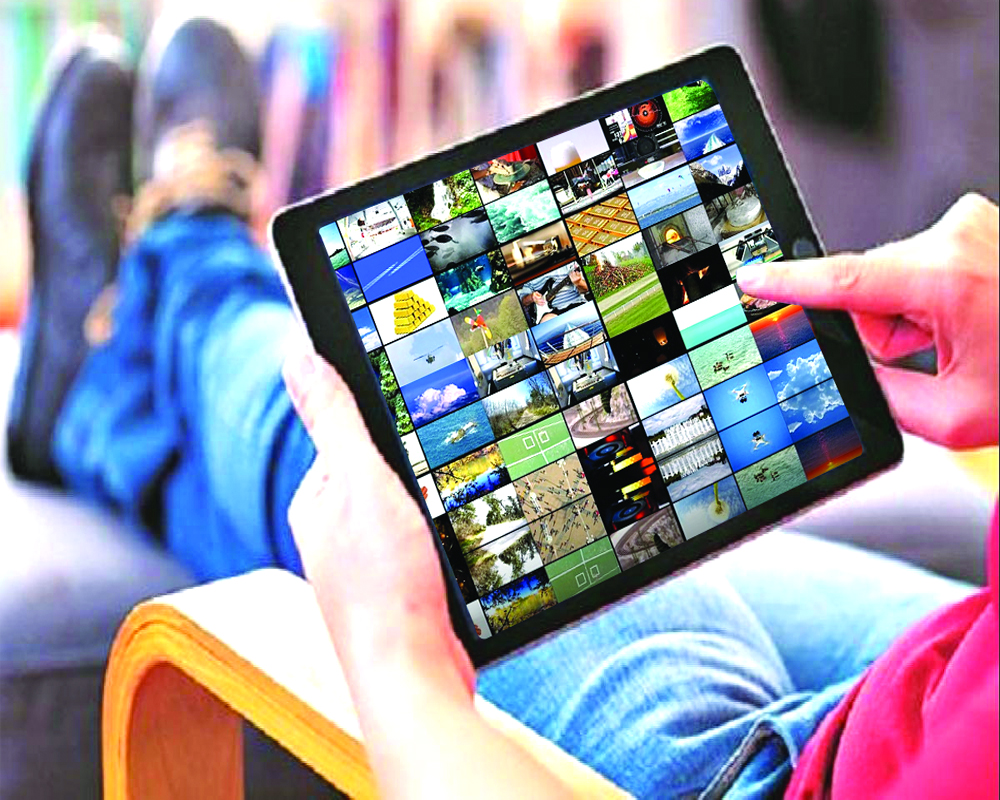 The digital streaming revolution that’s sweeping the country can offer a great opportunity for Indian art without compromising on its traditional ethos and quality, writes Ajayya Kumar

The Covid-19 pandemic brought about two big changes in the art and culture domain in India. On the one hand, it paved the way for an Over-The-Top revolution in the country. The large Indian middle class stuck at home during the lockdown onboarded the OTT platforms en masse. According to a report released in December 2020 by Boston Consulting Group, OTT subscriptions grew by a whopping 60 per cent from 2018 to 2020. As per IBEF statistics, between March and July alone, the number of paid subscribers increased by about 30 per cent. The growth spurt provided a much-needed lifeline to the entertainment industry that was staring at closed theatres and pandemic-induced uncertainty until then.

If the flourishing OTT segment was one outcome of the pandemic, the other was the further sidelining of performing arts and artists. When the countrywide lockdown was announced in March 2020, artists fell in the ‘non-essential’ category. With the world shrinking to one’s living room, those who used to do live performances before crowds earlier were now forced out of work. Many of them, abundantly rich in talent, wondered where their next meal would come from. And to some of them, things turned fatal. In March 2021, three artists — singer Pravin Moon, drummer Yash Madankar and dancer Kirti Gaikwad — all from Maharashtra, attempted suicide after their livelihoods were wiped out. All three incidents happened over a week. Gaikwad did not survive.

In this context, here’s a question to ponder upon — is there a possibility where OTT format could be leveraged to redeem performing arts?

Performance arts have enriched India’s cultural history over centuries. Dance in India, for example, is said to have a tradition of over 2000 years. Or take the case of Indian Theatre, which is performed in over 20 languages including indigenous tongues. According to a report released by FICCI in 2016, the performing arts industry in India stood at Rs 236 billion in 2012 and was expected to grow at a CAGR of 2.5 per cent over the following years, driven by innovative forms of fundraising and increasing demand from the international audience.

While the visibility of these art forms has diminished over the years due to the increased popularity of other forms of content and entertainment, various government schemes and funds, trusts and donations by individuals and private organisations have helped a great deal in sustaining and nurturing them.

According to World Bank estimates the creative sector provides 30 million jobs worldwide and contributes 7 per cent of global GDP. While there are no official estimates for India, experts confirm that tens of thousands depend on the industry. And that includes not just the artists, but the accompaniment, instrument makers, set designers, light and sound technicians, curtain pullers, make-up artists, even ticket collectors and more. Experts have pointed out that the performance of an artist on stage is the result of the combined effort of over 30 people who act as supporting staff.

When COVID-19 happened, shows were cancelled en masse and artists were forced to sit at home. With art and culture not being categorised as ‘essential’ what was certain was that the industry would be among the last to open.

For a country that takes immense pride in its rich cultural heritage, India announced no aid packages to the sector during the pandemic unlike some of its European and Asian counterparts, barring a few states like Kerala and Tamil Nadu. In fact, the government allocation to the industry was the lowest during the pandemic years with the budget being cut further by 15 per cent. The efforts of the Sangeet Natak Akademy to assist those in need too have proved inadequate, given the highly unorganised nature of the industry.

With no visible signs of normalcy returning, artists started moving online. Things started picking up slowly; Or at least seemed so. Individuals and patron organisations came forward to help those in need. Although online shows were no match for live performances where the performer and audience establish a connection, art enthusiasts and patron organisations rose to the occasion supporting the virtual events and lending a helping hand to the artists.

But what is to be noted is that not every artist has the resources to move online or even access to those who could help them. A large share of performing artists come from villages and tier-2, tier-3 cities where network and connectivity infrastructure is yet to improve. But given that the industry has taken the baby steps to embrace the internet, it is time to think about where to go from here and what is the next best possible step to dial things up.

Technology is not alien to performing arts. In fact, digital technology has played a major role in the popularity that art forms gained in modern India. Take the case of radio which took Carnatic music concerts from the ‘sabhas’ and popularised it among a wider audience. This time, it’s the turn of streaming services.

The Covid-19 pandemic was also the time that revealed the ability of OTT platforms to bring diverse cultures, subjects and talent to the forefront of cinema and to give them the kind of reach which until then was enjoyed only by the mainstream movie industry. For those who were traditionally shut out by the latter, OTT was a godsend.

The viewers quickly developed a taste for such content and mass entertainment was not anymore a monopoly of potboilers. Filmmakers who were earlier compelled to change the tone of their movies to suit the mainstream notions were now free to make content that reflected the true spirit of the place, people and culture it talked about.

Coming to performing arts, OTT services that stream entertainment content have shown there’s an opportunity. And the pandemic has provided a context. This is the cue for India’s art industry to seize the advantages offered by modern technology, especially streaming services. The success that the entertainment industry saw with streaming platforms is something that could be replicated in the art and culture domain too.

We are yet to see many efforts in this direction though. Most major streaming services that exist today focus on entertainment content like movies, web series, stand up comedy shows and at best, documentaries. Artists are still forced to perform on Zoom or other independent platforms which offer limited reach.

There have been a few commendable efforts though such as Nine Rasa — the OTT platform by Shreyas Talpade for theatre and performing arts, Playtoome which is a live platform for Indian art forms, Stage — a dialect based OTT platform, NCPA@Home by National Centre for Performing Arts and so on. While it has been heartening to see such endeavours, we need a lot more to ensure that we don’t lose our precious legacy to these dire times.

Streaming platforms, in fact, might not be just a way to tide over the crisis, but a potentially significant chapter in the history of India’s performing arts if embraced. OTT platforms have undeniably raised the quality of Indian movies and encouraged experimentation and innovation in the film industry. There is no reason it wouldn’t be able to make the same impact on performing arts too. The availability of more options would help the artist to feel more secure and shift his/her focus from bare sustenance to original productions and experimentation.

And needless to say, the reach. While classical art forms have always enjoyed good reach and popularity, that has not been the case with folk arts. Several indigenous art forms have vanished into oblivion by now. We stand to lose more during this pandemic and the pace of that loss will be unprecedented. It is imperative therefore to introduce such art forms to OTT formats which have succeeded in fetching pan-Indian and international audiences for regional cinema.

One option is the State intervening to give shape to a national streaming service under the purview of the I&B ministry. While state-owned broadcasting and radio services have taken shape across the globe, most governments have to date been hesitant to enter the streaming space, barring rare examples like SberZvuk, the music streaming service by Russian State-owned Sberbank.

The more obvious and feasible option, therefore, is for private players to chip in. Given the fact that connoisseurs have had only limited avenues to enjoy performances ever since the Covid outbreak and that the creative urge of the general public to indulge in fine arts will be high after a period of doom and gloom, this would be the right time to turn our focus towards OTT platforms for the performing arts. Art creators, curators, collectives and CSR wings of corporate companies should grab this opportunity to explore the possibilities in content production and content distribution around arts and culture through direct production or funding activities. Given the capital India enjoys across the world in terms of its cultural heritage, what can be assured is that there would be no dearth for quality audiences.

During an interview given to a leading media house eminent flautist and Padma Vibhushan awardee, Hariprasad Chaurasia pointed out that our legacy, the genres and gharanas our predecessors built over centuries through their hard work, is at risk if we do not see an impetus to protect performing arts now.

History has shown us that the best of art, literature and music are created during the darkest times. But for them to survive and flourish, the care and nurture of the state and the society are inevitable. At a time when India is set to be a trillion-dollar economy, it’s only reasonable to aspire that India’s art and culture domain should also have scope for similar growth.

The writer is an ethical Investor, start-up mentor, art curator and author