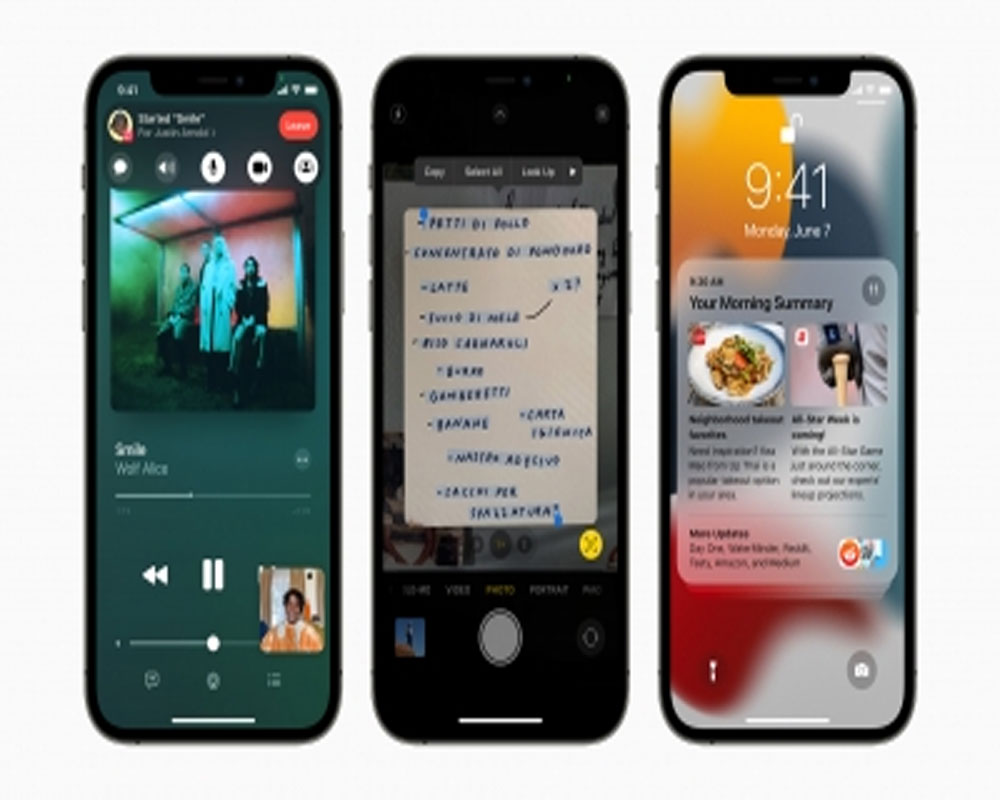 Cupertino-based tech giant Apple has announced that the iPhone users will be able to update to iOS 15 on September 20.

The company first unveiled iOS 15 earlier this year at its Worldwide Developers Conference.

iOS 15 adds major update with powerful features that will take the iPhone experience to a new level this fall.

FaceTime calls will now extend beyond Apple devices, so anyone can join a call from their web browser on Android and Windows devices.

The new version of iOS also scans your photos for text.

With spatial audio, voices in a FaceTime call will sound as if they are coming from where the person is positioned on the screen, and new microphone modes separate the user's voice from background noise.

iOS 15 takes Maps even further with brand new ways to navigate and explore.