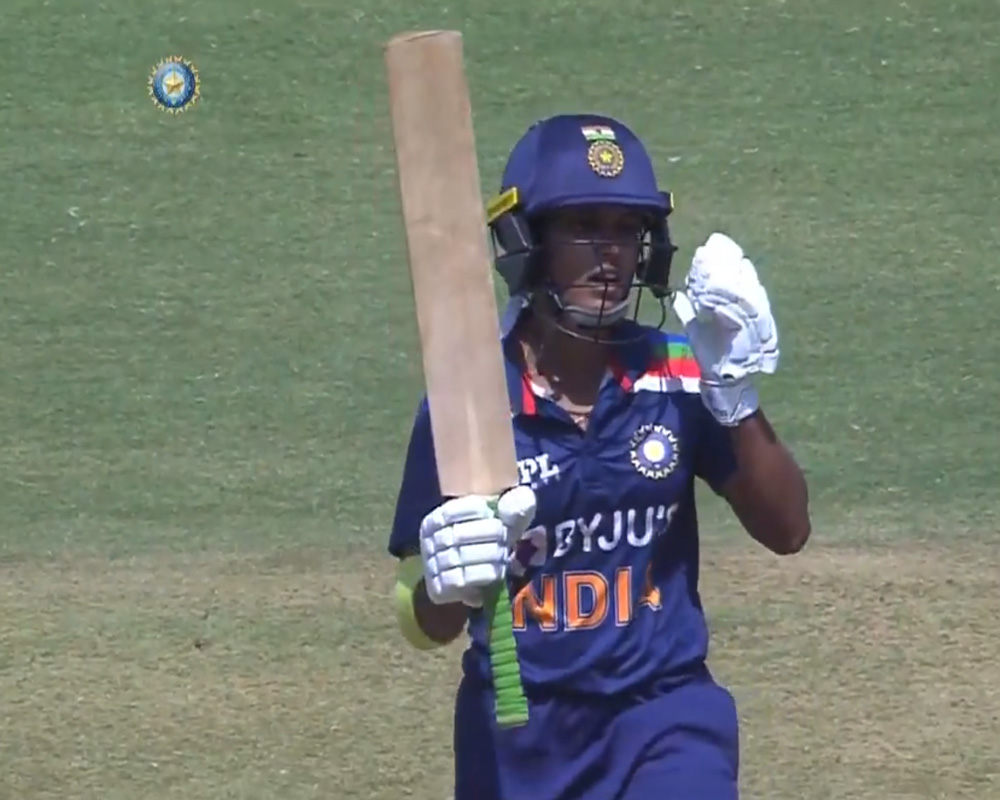 Harmanpreet smashed seven fours and a six, reaching her half-century in only 33 balls before falling to a slower ball. Soon after, Raut got to her century in 119 balls with a single.

Prior to that, Raut added 103 runs for the third wicket with skipper Mithali Raj (45 off 71 balls), who became the only player in women's cricket to complete 7,000 ODI runs before getting out in the second powerplay.

Failing to make most of a chance she got in the previous over, Mithali drove one in the air for Shabnim Ismail to complete a good running catch.

The century partnership laid the foundation for a challenging total against a South African side that won both their matches in the five-match series while chasing.

After Mithali's dismissal, Raut joined forces with the flamboyant Harmanpreet to add another 88 runs in quick time.

Harmanpreet was in her element straightaway, scoring two boundaries to kick-start her innings. In her inimitable style, the India T20 captain went about playing her strokes as the 200 came up in the 41st over.

What aided Harmanpreet's free-flowing game was the presence of a well-settled Raut at the other end, who was content to keep the scoreboard ticking as her swashbuckling partner went after the South African bowlers.

Having played some fantastic shots during her stay in the middle, Raut, a veteran of 70 ODIs, got to the 90s when she deftly guided Ismail to the third-man boundary.

Amid the flurry of boundaries, medium pacer Marizanne Kapp produced an excellent 46th over and conceded just four runs. Anne Bosch continued the good work and gave away only five in the next over.

But Harmanpreet broke the shackles when she used her power to send off-spinner Nondumiso Shangase over deep midwicket for a maximum.

Earlier in the day, it was all about immaculate timing as senior opener Smriti Mandhana began the proceedings for India with a boundary through point. She scored one more four before being dismissed by Ismail.

Picked for this game, Priya Punia got out after making an impressive 32 off 51 balls.