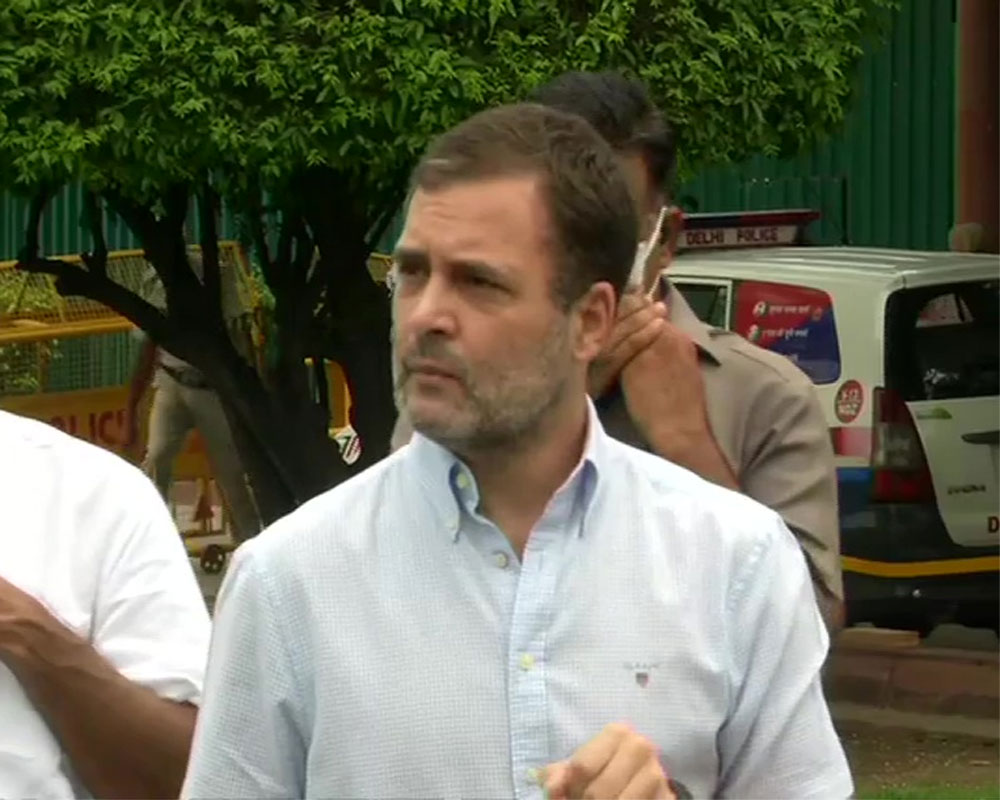 Prime Minister Narendra Modi and Home Minister Amit Shah used the Pegasus spyware against India and its institutions, and "the only word for this is treason",  Congress leader Rahul Gandhi alleged on Friday.

Gandhi demanded a Supreme Court monitored probe into the matter. Addressing reporters at Vijay Chowk, he also demanded the resignation of the home minister.

He said all his phones have been tapped and his friends informed by intelligence people that this is being done.

"Pegasus is classified by the Israeli state as a weapon and that weapon is supposed to be used against terrorists. The prime minister and the home minister have used this weapon against the Indian state and our institutions. They have used it politically, they have used it in Karnataka..," he told reporters.

"The only word for this is treason,” he said.

The matter has to be investigated, the former Congress president said.

“A judicial inquiry monitored by the Supreme Court should be conducted and the home minister must resign," he told reporters.