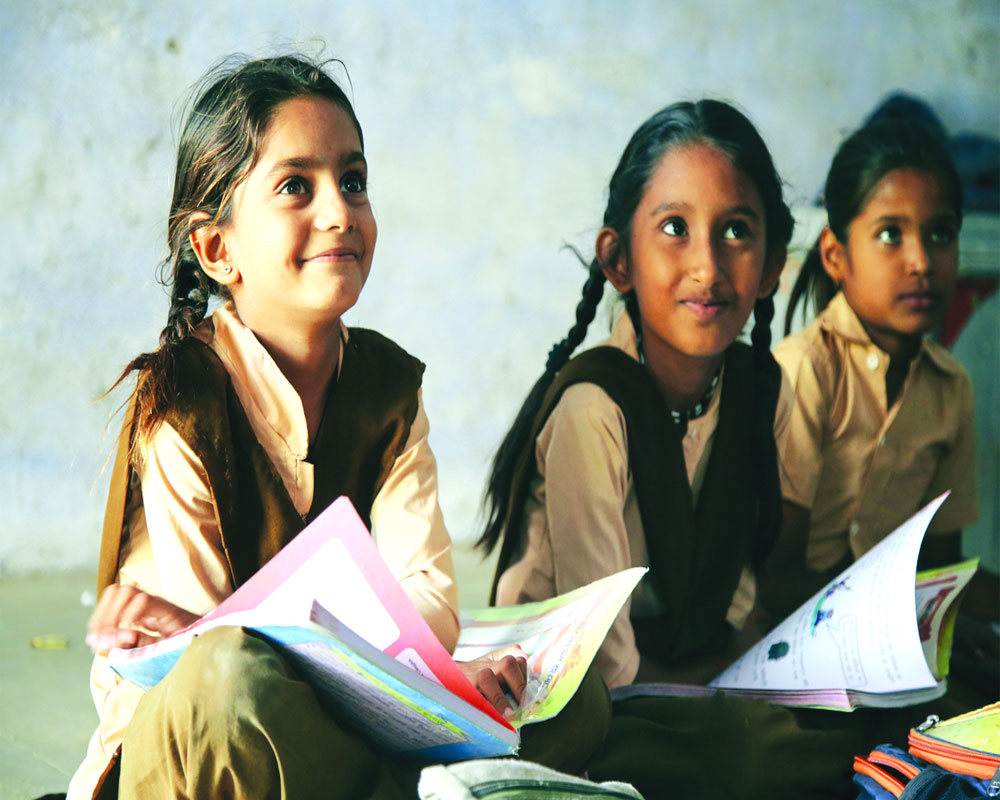 While there are schemes like Beti Bachao Beti Padhao that aim to educate girls but continuous awareness and persistent effort are needed to enable them to benefit at the ground level, says Rama Sharma

There are several powerful women, who have shattered the patriarchal norms and have shown the rest of the world what women can do if they have equal rights. Chhavi Rajawat is one such name that has done exactly that and more. India’s first woman sarpanch with an MBA degree, Chhavi was the sarpanch of her village Soda in Malpura block, Tonk district in Rajasthan. She had left her lucrative corporate job to serve as a sarpanch. Her ardour to work for the community has not just touched lives but has led the way for several girls and women who have set their hearts on serving the community.

One such life that Chhavi has inspired is that of 25-year-old Radha Rajawat. A resident of Lalwari village in Niwai block of Tonk district in Rajasthan, Radha has not only educated herself but made a huge difference in the lives of girls in and around her village by fighting for their rights to education. Her journey, however, has been a tough one. She had to put up a fight against her parents first and then, against the entire Rajput community of her village to reach where she is today.

“Initially, we were against her idea of pursuing education after Class 8th as that would have meant sending her outside the village,” shared her parents who had to eventually give up in front of their daughter’s perseverance. Their support was faced by the opposition not just from their extended families but from the Rajput community as well. The pressure forced Radha’s parents to withdraw their support, but Radha was adamant. She put up a brave fight against everyone, worked as a laborer, and managed to complete Class 12 with a good score of 70 per cent.

Radha’s journey had started while she was still in Class 8th. Under the Sakshar Bharat Mission — a centrally sponsored nationwide literacy scheme of the Indian Department for School Education and Literacy (DSEL), Radha was selected as a child reporter. This provided her a platform to raise issues concerning her village and panchayat through newspapers. Slowly, she started mobilising the villagers.

In 2013, she led the girls and women from the panchayat to address the issue of corruption. “Led by Radha, the group submitted a memorandum not only to the District Collector but also to the Chief Minister requesting solution the challenge of negligence and corruption at the panchayat level,” informed Poonam Rajawat, a member of Kishori Manch — an adolescent group run by a local non-profit organisation in the region.

One of the most important transformations that Radha brought to this panchayat was setting up a school till Class 12. Her persistent efforts to address the concerns of thousands of girls who had to give up education due to lack of a higher secondary school in their village led to this impact. The girls of the village, now, do not have to compromise on their dreams of completing school education.

Not just for girls, she soon started working towards the education of the entire village. “In 2014, as a panchayat motivator, she took the initiative to educate 1,800 illiterate people of the village and encouraged them to sit for the examinations,” said Panchayat Assistant, Hemraj Singh.

Shashi Kanwar, who was tutored by Radha, shared that there wasn’t a single educated woman in the village. “It is a result of her hard work and efforts of the other adolescent girls associated with her that today, nearly 70 per cent of women in the village are literate.” As far as the education of adolescent girls is concerned, prior to 2013, only 30 per cent of girls in Lalwari panchayat were educated, while today, more than 80 per cent are linked with mainstream education. Not only this, 30 to 40 per cent of the girls are stepping out of the village boundary to pursue their dream of higher education.

“Overwhelmed by Radha’s zeal to work for the better future of her community, she was requested by the girls, women and other responsible people of the village to contest the panchayat elections,” said Maina Rana, a colleague of Radha’s. She obliged their request and contested the election but couldn’t win. She, however, continued to support the winner, Devalal Gurjar, who is also her colleague, to serve the community with sincerity.

Babulal Sharma, a local teacher, said, “Radha has tried to raise social issues, problems and challenges not only at the panchayat level but also at the district and state level from time to time. It is the result of her dedication towards the society that she had the opportunity to meet the former Vice President of India, Hamid Ansari. Taking note of her confidence and her ability to lead the youth, local political groups had also offered her to join them. Radha, a true social worker, showed her will to rise above politics and work for all the sections of society.

Her life, however, is not only occupied with social responsibilities but is equally dedicated to her family. “I am a cancer patient. Radha, as responsible as she is, has taken the entire charge into her hands. Along with pursuing further education, she is working in a private firm. Currently, I am receiving free treatment with the help of Dr Prahlad Dhakad, a Senior Doctor working in Jaipuria Hospital. It is because of her that I am able to get this free treatment. I was completely against her education but now I realise my mistake and understood the importance of girls’ education,” said Radha’s father.

Her struggle and passion for social awareness is an outstanding example of women’s empowerment. While there are schemes like Beti Bachao Beti Padhao that aim to educate girls but continuous awareness and persistent effort are needed to enable them to benefit at the ground level. For women to become self-reliant and courageous, they should have equal right and opportunities to educate themselves.