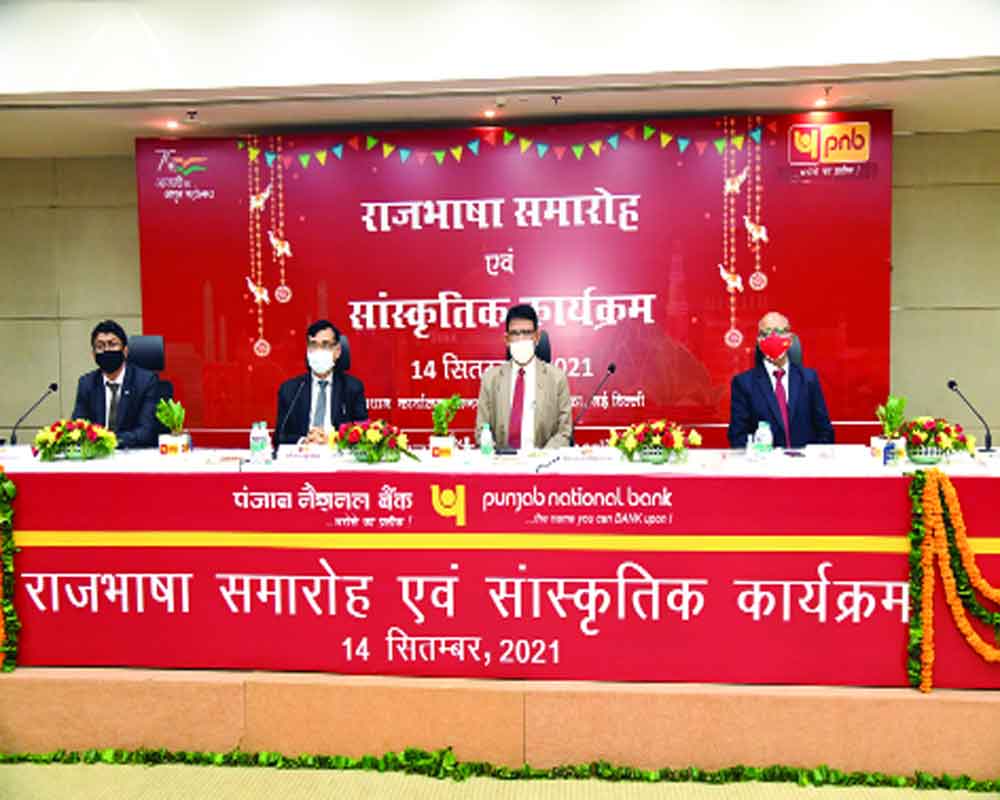 Punjab National Bank (PNB), the country's leading public sector organisation, celebrated Hindi Diwas yesterday with great zeal and enthusiasm in all the administrative offices and branches. On this occasion, Hindi Diwas Samaroh and cultural event was organised at the bank’s head office in Dwarka, New Delhi, which was presided over by the bank’s MD and CEO, S S Mallikarjuna Rao. Executive directors of the bank, Sanjay Kumar, Vijay Dubey, Swaroop Kumar Saha, as well as chief general managers and general managers were also present on the occasion. A cultural programme was also organised by the staff members, in accordance with Covid-19 protocols and Rao felicitated the winners of Lala Lajpat Rai Shield competitions which were organised by the Bank.

While addressing the gathering, Rao heartily congratulated all the employees of the bank for being awarded Rajbhasha Kirti’s first prize for the fourth consecutive year, which was conferred by the Department of Official Languages under the Ministry of Home Affairs, Government of India, while highlighting the importance of Hindi Diwas. He further said that the use of Hindi in banking is not only a constitutional requirement but also a commercial necessity. That's why PNB has adopted Hindi by heart and all digital products of the organisation such as net banking, mobile banking and the PNB One app have been made available in Hindi as well as other regional languages for the benefit of the customers. He urged all the staff members to continue pursuing the work done for implementing the official language with the same zeal and enthusiasm in the future.

Sanjay suggested using the simple and easy official language in banking operations and enriching the Hindi dictionary by including words of other regional languages in it. Additionally, he administered the rajbhasha pledge to all staff members.

Congratulating all the award winners, the chief general manager, Rajbhasha, B S Mann requested them to contribute in the progress of Hindi language and to keep the bank at the  topmost level in the field of official language.

Oh the occasion, Manisha Sharma, the assistant general manager, Rajbhasha, apprised all the staff members about the work being done by the official language department of the bank for the propagation of Hindi and informed about the achievements of the bank in this field.

The programme concluded with a vote of thanks by S K Dash, the general manager, Rajbhasha.