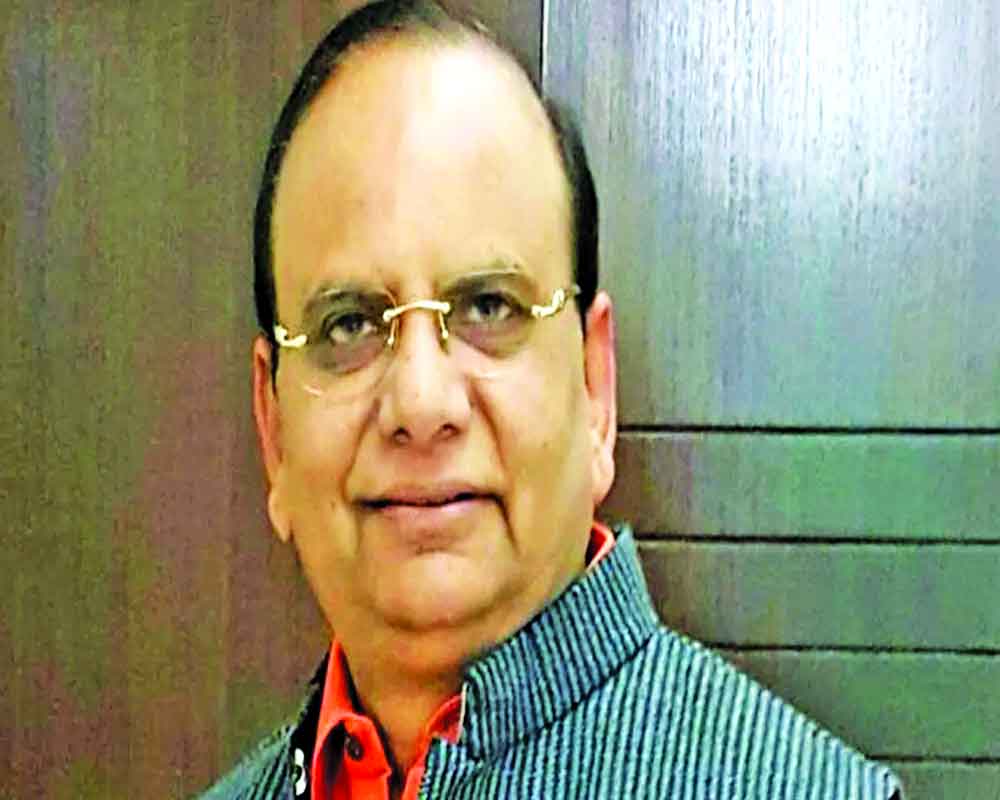 Discretion' when qualified by word 'administrative' should be initiated with reference to the rules of reason and justice and not according to personal whims and fancies. Delhi Government has been indulging in organising flop shows called, "Red Light On, Gaadi Off" for the past two years beginning from October 16, 2020, which was repeated from October 18, 2021, onwards on the pretext of pollution control; whereas, the hidden motive of Delhi's Chief Minister Arvind Kejriwal appeared to satisfy his fetish for projecting his personality cult through unending desire of displaying his photos at every inch of Delhi roads.

Another hidden motive of Kejriwal behind this futile exercise may be his vote bank politics. If we presume that each of the 2500 volunteers has a household of five people, then with the simple calculation, Kejriwal gets the sympathy of 12500 voters straightaway.

The nature of the mindless campaign is that Delhi Government employs and deploys  around 2500 civil defence volunteers on 100 crossroads of Delhi, for about a month in a year, holding placards displaying Kejriwal's  photo with a short slogan, "Red Light On, Gaadi Off'.

This year, LG Delhi, in his wisdom returned the file of the useless campaign and advised the CM to reconsider the proposal saying it was  'inhuman' and 'exploitative' to place civil defence volunteers at extreme polluted traffic junctions that does not have any parallel in any other civilised metropolitan city." LG also questioned the efficacy and effectiveness of such an 'ad-hoc' measure in mitigating air pollution as the capital reels under high air pollution.

LG is right by arguing the plight of the volunteers of all ages including the women who are made to remain standing in utter discomfort for eight hours continuously. They are not allowed to move leaving the post for water, tea or natural calls in total disregard to their human rights.

In another mindless and misplaced Deshbhakti campaign, Delhi Government  had last year spent Rs. 104.37 crore on installing 35 metre high national flags at 500 locations in the city.

The Delhi government had also come out with a series of TV advertisements claiming that it had improved governance in Delhi. This advertisement had received flak from various quarters including former AAP member and Swaraj Abhiyan leader Prashant Bhushan calling it an example of political corruption. The outfit in a statement had said, "The heart of the problem ..... is that this TV commercial unashamedly abuses public funds to create a personality cult for Arvind Kejriwal. It sings the praises of the AAP leader and tries to project him as a messiah."

Imagine, these heavy amounts could have been spent in providing bread to the starving citizens and shelters to the homeless living on the footpaths like reptiles and stray street animals.

Kejriwal has spent crores of rupees on promotion of his personality cult. In response to a query by a RTI activist Amit Gupta, under the Right to Information Act, the Delhi Government had reportedly disclosed in September, 2021, that it spent over 940 crore on publicity for campaigns against pollution in the last seven years beginning from 2015.

Kejriwal has not left any newspaper, bus, bus stops, metro stations, without displaying his photograph. He was however, not content with this spree of extravagance at the cost of taxpayers' money and thus invented the new idiosyncratic idea of 'Gaadi off'  for his self promotion unmindful of the cost involved.

As a matter of fact, no desirable results were manifestly visible during the two preceding years. Habits die hard. The drivers on red lights were least bothered towards the presence of five to eight volunteers  displaying CM's photo.

It's a good idea that on red lights, drivers switch off their engines but from the 'principle of reasonableness' what is the need of deploying 2500 volunteers. The placards depicting this message rather in bigger size can be affixed at traffic signals as advisory from traffic police or pollution control board instead of projecting and promoting the photo-happy CM. Will the CM agree to put LG's photograph on the placards or else can he opt to display the placards without anybody's photo?

In addition, these volunteers are called 'marshals' which is a highly distinguished and dignified rank in the Indian Air Force like Air Marshal and Field Marshal in the Indian Army. The civil defence volunteers wear police like uniforms which besides being unlawful misleads the gullible citizens who presume them as cops.  The Commissioner of Police, Delhi, vide his Circular no. 59/C&T/AC-II/2003, had issued an Order to ban the wearing and use of uniforms of police and armed forces. This Circular was issued on the directions of LG, Delhi, under Section 37 of Delhi Police Act, 1978.

In May, 2015, the Supreme Court had said that ruling parties cannot publish photographs of political leaders in government-funded advertisements. However, in June, 2015, an advertisement on a big hoardings showing Kejriwal's photo had been put up near ITO, in which Kejriwal is congratulating Delhi students, sidestepping the order of the Supreme Court. The practice of abusing taxpayers' money is unashamedly being carried out by politicians.

(The writer is a legal journalist and author. The views expressed are personal)