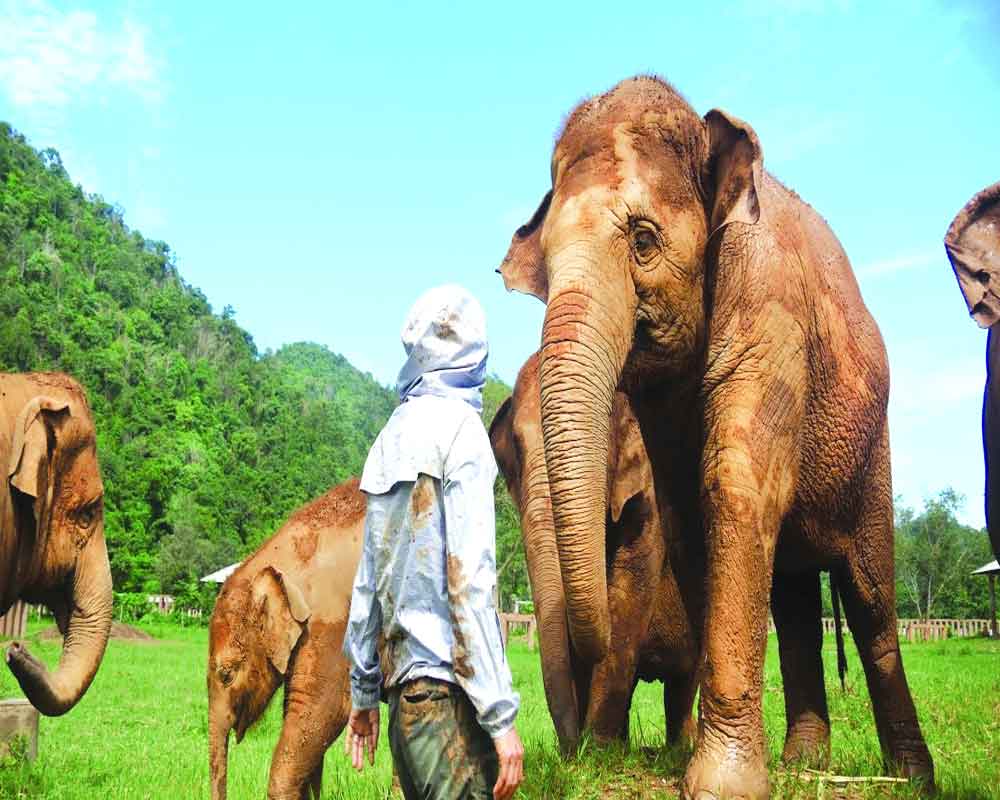 On the fundamental question of animal personhood, the grounds to exclude nonhumans from humans’ moral and legal universe do not hold at all

According to reports, the New York Court of Appeals, the highest court in New York State, has rejected, by five votes to two, the plea that Happy, a 51-year-old elephant, be removed from Bronx Zoo where she has lived since 1977. The plea was made by Nonhuman Rights Project (NhRP), founded by well-known legal scholar, author and animal rights advocate Steve M Wise, which had filed a habeas corpus writ for Happy’s release, claiming that she should be “recognised as a legal person” and should not continue in “unlawful imprisonment”. Denying the plea, Janet DiFiore, the chief judge, wrote that the writ of habeas corpus was “intended to protect the liberty right of human beings (italics by her)”.  While it was “flexible”, extending it to Happy, “a nonhuman animal who is not a ‘person’ subjected to illegal detention would far exceed its bounds”.

The judgment once again brings into focus the fundamental question whether animals are entitled to be regarded as persons. Historically, a negative answer has rested on the claim that their lack of reason and emotion that humans possess excludes them from the moral and legal universe humans have created for themselves. Aristotle held that animals were inanimate objects because they lacked reason. St Augustine claimed that the commandment “Thou shalt not kill” did not apply to bushes because they had no sensation, nor “to animals that fly, walk and crawl, because they are not partners to us in the faculty of reason”.

This remains the dominant position in the western weltanschauung as defined by the classical Greek, Judaeo-Christian and post-Renaissance and Enlightenment humanist thought. Indeed, French philosopher Rene Descartes (1596-1650) believed that animals were mere “mechanisms” or “automata” like watches or cuckoo clocks. They showed no signs of being inhabited by rational souls, had no minds and hence could not experience pain. Progress in zoological and veterinary sciences has debunked his ideas. Nevertheless, the belief that animals are not in the same league as humans and the latter could do anything with them is still widely prevalent.

It is utterly wrong. Reason is one attribute of humans. As important are instinct and emotion. Often an instinctive or emotional response triggers a chain of rational thought in an effort to understand an event or formulate an antagonistic narrative. Second, humans are potentially — and often are — rational. But they are notoriously vulnerable to irrationality and, under its spell, can commit horrendous crimes like genocide. Besides, if humans have reason, animals have far superior faculties of smell, hearing, vision and that intangible thing called sixth sense.

Animals are capable of experiencing emotions like joy, fear, anxiety and grief. In 1999, Lawrence Anthony, well known author and wildlife conservationist, persuaded, through establishing close personal contact, a herd of elephants to stay in his private game reserve of Thula Thula in South Africa as they would have been killed had they stepped out. In the process, he had forged deep bonds with them and had come to be regarded as part of their herd. They were in another part of the sanctuary when he died in 2012 and walked 12 hours to reach his house and stand in silent vigil for two days before returning, leaving people to wonder how they had come to know of his passing.

Many other examples can be cited. Clearly, the grounds on which nonhuman living beings have been excluded from humans’ moral and legal universe do not hold. Not surprisingly, a very different view of human-animal relationship has prevailed in India since ancient times. Swami Vivekananda, the great spiritual leaders, said in his seminal speech on Vedantism in Jaffna in January 1897: “In every man and in every animal, however weak or wicked, great or small, resides the same Omnipresent, Omniscient soul. The difference is not in the soul, but in the manifestation. Between me and the smallest animal, the difference is only in manifestation, but as a principle he is the same as I am, he is my brother, he has the same soul as I have. This is the greatest principle that India has preached. The talk of the brotherhood of man becomes in India the brotherhood of universal life, of animals and of all life down to the little ants — all these are our bodies.”

One hopes that the West would come round to this view as it learns more about animal intelligence and consciousness. For this, humans need to know the language of animals, in the absence of which, they can only guess what animals are saying about their needs, desires, how they see the world and what kind of relationship they seek with humans and other animals. Unfortunately, Michelle Nijhuis was right when she wrote in a book review piece in The New York Review of August 20, 2020, “Humans have spent decades trying to teach other animals our languages…. but we’ve made little effort to learn theirs.” Scientific tools are now available for undertaking such a venture, which urgently needs to be done. Enslaving animals can recoil on humans. The Corona pandemic originated from a live animal market in Wuhan, China.