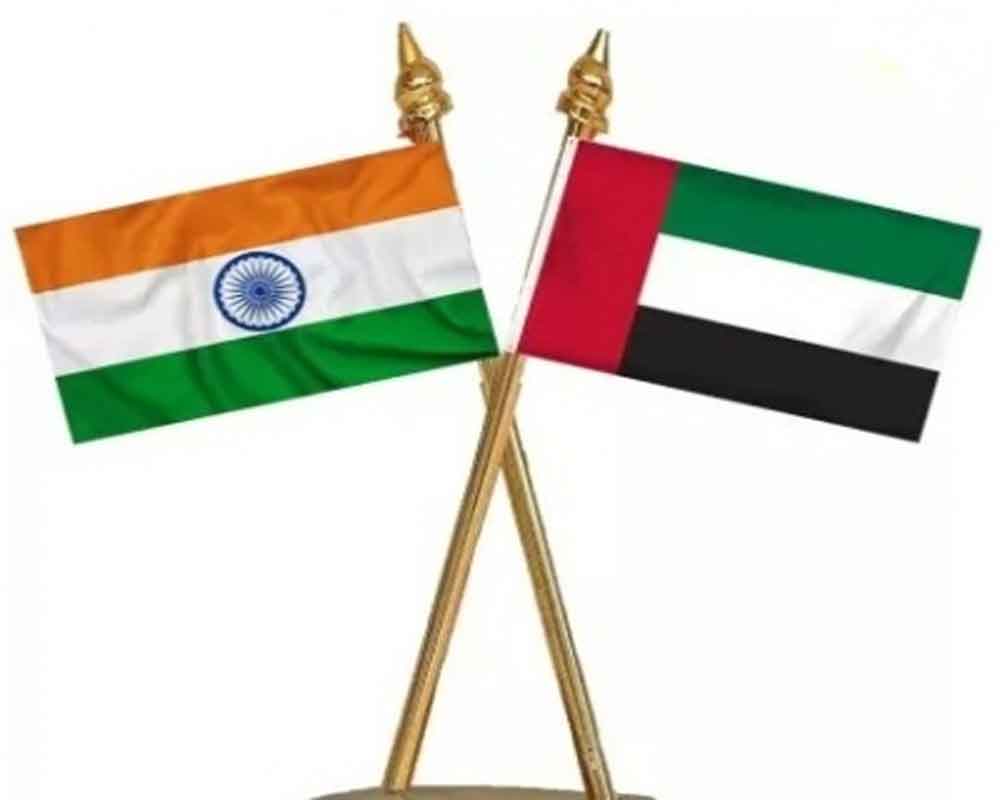 The Indian government has approved the proposal for signing an MoU between India and the United Arab Emirates (UAE) on cooperation in the field of industries and advanced technologies.

Growing India-UAE economic and commercial relations contribute to the stability and strength of a rapid diversifying and deepening bilateral relationship between the two countries. India-UAE bilateral trade, valued at $180 million (Rs 1,373 crore) per annum in the 1970s, has increased to $60 billion (Rs.4.57 lakh crore) making the UAE, India's third largest trading partner for 2019-20 after China and the US.

India and United Arab Emirates (UAE) enjoy strong bonds of friendship based on age-old cultural, religious, and economic ties between the two nations.

The two signed a bilateral "Comprehensive Economic Partnership Agreement" (CEPA) on February 18, 2022. This agreement has potential to increase trade between India and the UAE from $60 billion (Rs 4.57 lakh crore) to $100 billion (Rs 7.63 lakh crore) in the next five years.

The MoU also aims at strengthening and developing industries in both nations through investments, technology transfer and the deployment of key technologies in industries. This is likely to generate employment across the economy.

The implementation of MoU may lead to increase in research and innovation in all areas of mutual cooperation, particularly in the areas of renewable energy, artificial intelligence, industry enabling technologies and health and life science. This may lead to growth of these sectors, increased domestic production, enhanced exports and reduction in imports.

There is a significant business community from India. The Indian community has played a major role in the economic development of the UAE.

The UAE's investment in India is estimated to be around $17-18 billion of which $11.67 billion is in the form of FDI while the remaining is portfolio investment. The UAE is the 9th biggest investor in India in terms of FDI. The UAE sovereign wealth funds invested over $4.12 billion in India during FY 2020-21.

During the visit of Prime Minister Narendra Modi to the UAE in August 2015, it was decided to establish UAE-India Infrastructure Investment Fund, with the aim of reaching a target of $75 billion to support investment in India's plans for rapid expansion of next generation infrastructure, especially in railways, ports, roads, airports and industrial corridors and parks.

During the successive high-level visits, the leaders of both the countries reviewed the progress in realising the target for UAE investments in India.