Live for each other for a happy life

Live for each other for a happy life 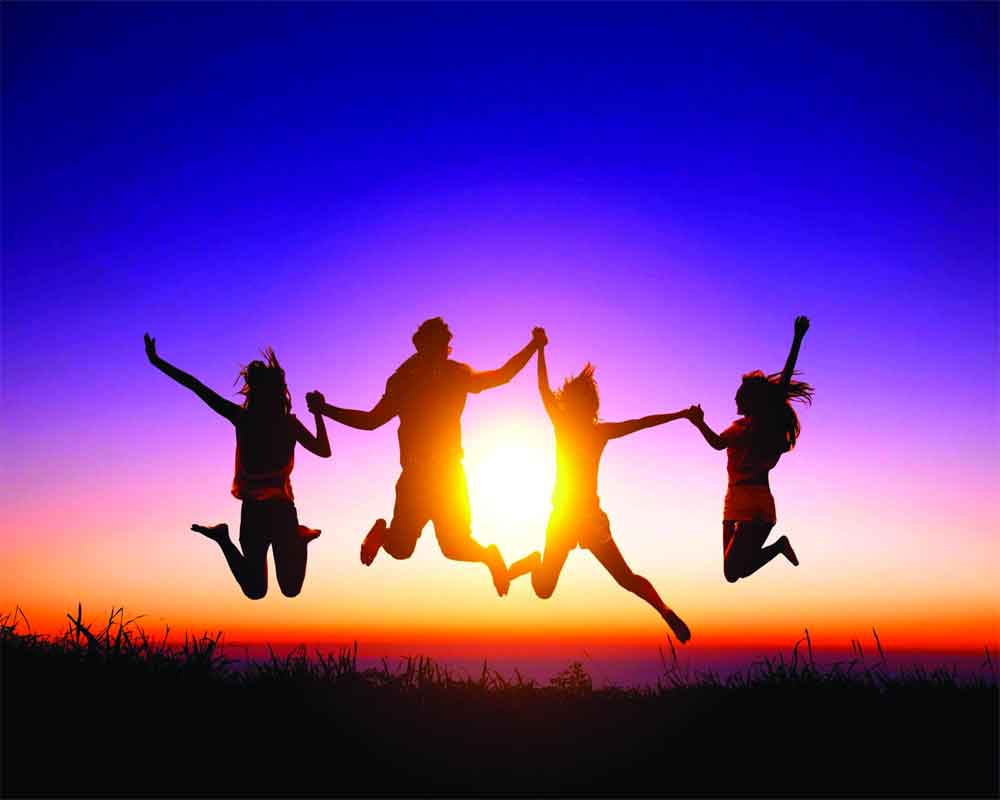 We need to live in accord with the design parameters underlying our existence. Should we lose our mooring, we invite pain and suffering. In nature’s scheme of things, as comprehended by Indian philosophy, also vetted by modern theoretical physics, the world is a unified organism in which no existence has a reality independent of the whole. All existences are framed into an interdependent mechanism, where we all need to complement and support each other’s efforts to carry on the cycle of life. It applies across the board – be it our personal and societal life and the world at large. For, no individual is capable enough to even service one’s existential needs by oneself. We, in fact, have a shared destiny. We owe our sustenance to common pool of resources extended by nature – space, air, fire, water, and earth. In real life also, people engaged in varied creative pursuits, in togetherness generate the provisions of life. That calls for living for each other primarily in a giving mode.

The irony, however, is that our ahamkara makes us believe that we are free to conduct the way we wish. Often, we wish to live in a demanding mode expecting from others to behave, seldom caring for other’s sensibilities and concerns. That often leads to uncalled for disputes, pains, and sufferings. We forget that in this complex world, life will not necessarily move to our asking. Even otherwise, no movement or engagements happen without encountering resistance in the way. Caught up in the mills of life, we seem to have lost sight of the realities of life, as if we have moved beyond. Consequently, personal life is in peril, marital discord is rising beyond proportion, societies are in a state of disarray, and the world is in turmoil. Sense of fear and insecurity as well as identity crisis seems to have gripped majority population.

The other day worried parents of their only girl child came seeking guidance: “Sir, my daughter is having issues in her married life. The basic reason is unseemly conduct of my son-in-law. We have tried to mediate but in vain. Suggest me some puja that helps restore their marital happiness and stability.” Well, kindly note that your interference will widen the gulf rather than build bridges. As would happen to any ordinary mortal, their positives aside, both have their fault lines also. Ignorant of the realities of life, they try to impose their will on each other, and with obvious consequences. No puja can enter their mind space to correct their attitudinal problems. They themselves could make their life better, if they look within, identify, and acknowledge their fault lines and then consciously address them. That is the most workable mode of puja. It was difficult for belief driven parents to digest my advisory. So, I had to explain their personality traits.

His son-in-law is born in Aries lagna, with its lord Mars in Virgo sign, the 6th house conjunct Rahu. Even mind signifying Moon is tenanted in the nakshatra owned by Mars. That makes him impulsive, aggressive, intolerant, impatient, who wishes to be always at the head of things. Stuck to material concerns, he ignores emotional urges of the partner. Moon is opposite Sun, Mercury, and Saturn. That brings in an inherent sense of fear, insecurity and identify crisis, because he would have come in life a hard way. So, he is keen to prove himself on every count. He has a worrying syndrome. In the process, he invites stress. If that would not be enough, he is conceited, who may not express his feelings and emotions. So, he is misunderstood as being cold who doesn’t care for others.

The girl is born in Sagittarius sign, with lord Jupiter and emotion signifying Venus there itself, both opposite Moon occupying Gemini sign. She seems to be fun loving. If she is not appreciated, she becomes too much touchy when she reacts tactlessly and undiplomatically, often inviting displeasure of others. Moon in Gemini sign tempts her to live on her own exclusive terms. So long as you agree to her viewpoints, you remain the best friend, otherwise, she may go wild. Once she gets enraged, she would be keen for a fight to finish, as would Saturn conjunct Mars mean. And the result is there to see.

In fact, both are basically good at heart. It is their habit tendencies that have been playing spoil sport with their marital life. Should they consciously address their inherent tendencies, life may again turn into a pleasant experience.