Memoires of an Unconventional Diplomat

Memoires of an Unconventional Diplomat 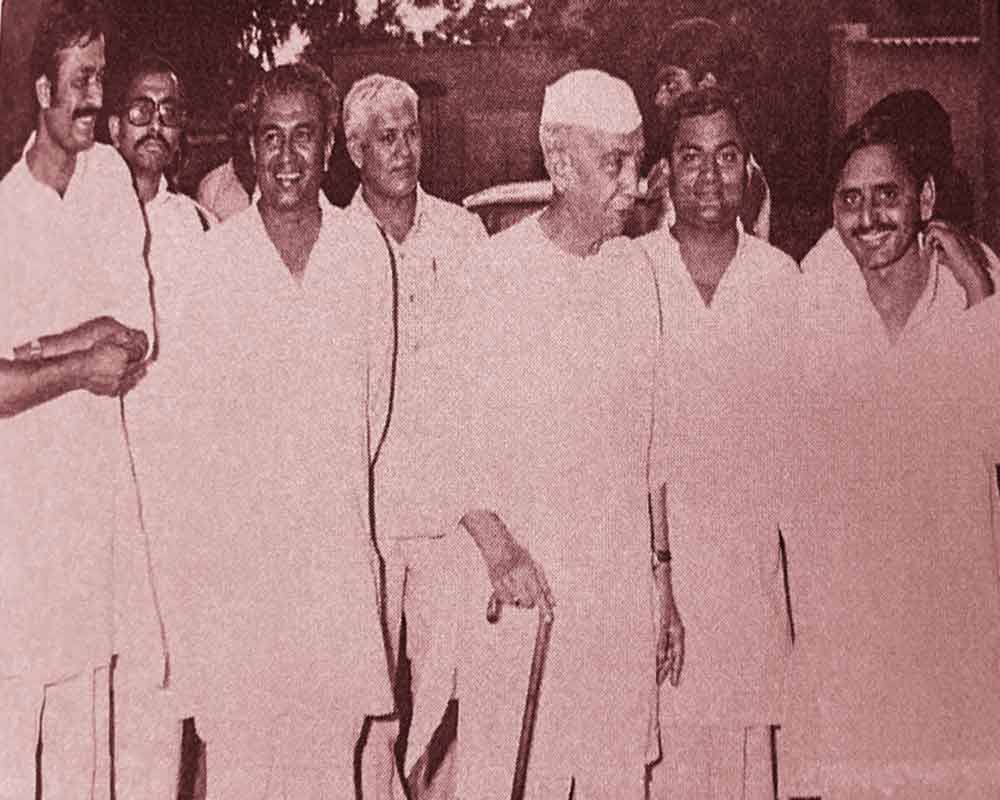 Former Ambassador to Fiji Ajay Singh would have been so happy to see the publication of his fascinating love story with the island. It’s a truly remarkable memoir of a man who successfully dabbled in  journalism, politics and diplomacy, writes Rana Behal

This remarkable, posthumously published book, was incomplete when Ajay Singh, the author, passed away on  June 9,  2021. It was finally completed and published by his close friend and collaborator Mahavir Singh. It is a fascinating and absorbing tale of the incredible bond between Fiji, the Pacific Island nation, and four generations of Ajay’s family. It is also a rare and exceptional contribution to the distinguished historiography of “girmitiyas”, the Indian indenture labourers who were recruited and shipped from India during the nineteenth century to work on British overseas colonial plantations in the Caribbean, Mauritius, Malaya, Fiji and South Africa.

The book is rare and exceptional because out of the hundreds of thousands ‘girmitiyas” transported as indentured labourers, Ajay’s family maintained very close contacts with Fiji over four generations, despite not settling there permanently. The book presents a history of this long generational relationship with the Fiji, based on family and Fiji National archives documents, personal experiences, oral testimonies, publications and memories relayed from the first to the fourth generation of his family. It helps to understand and learn about the nuances of a colonial plantation society and everyday lives of the migrant labour force in an alien and oppressive labour system. Most significantly it reveals an authentic voice of the “girmitiya” family that is not mediated and inhibited from the colonial official gaze.

Ajay introduced the book as ‘my story; the story of my love for the Fiji Islands, its people and of one person in particular’- his Fijian born life partner late Shiromani Singh. The story of four generations of his family is very skillfully woven around their connection with Fiji Islands for more than a century. It began in 1884 when his great grandparents, from the agrarian part of Agra district, Ram Chander and Padam Kaur, were recruited and shipped off as “girmitiyas”, indenture labourers, to work in sugar plantations in Fiji Islands. While telling the story of their recruitment and travel to their destination Ajay authentically weaves the narrative of wide spread Arakati system of labour recruitment, based on his great grandparents’ experience, and colonial policies in several parts of British India.

Ram Chand and Padam Kaur experienced hardship and struggle in Fiji plantations that became a part of the folklore of “girmitiya” lives,  condemned by the contemporary critics as slavery. They established lifelong friendships as well as adversaries within among “girmitiyas” on the plantations. Ajay’s grandfather, Bere Singh, was born in Fiji where he studied in a Catholic school. After successfully fighting the case of his wrongful imprisonment Ram Chand returned to India along with his and 13 year old son on 5 July 1901. Bere Singh,   after further higher studies in India , decided to go back to Fiji to join Fijian Civil Service in 1910. His employment in the Fijian Civil Service strengthened and reinforced the family social network among the second generation of educated children of Indian “girmitiyas”. Ajay highlights the emerging situation in Fiji during his grandfather’s stay of 16 years there. Growing criticism of the indenture system and Indian nationalist opposition, led to the abolition of indenture recruitment in India in 1917. Bere Singh took premature retirement and returned, like his parents, to his home in India.

Ajay’s father, Bhagwan Singh, born during his father’s long leave in India, was raised by his grandparents while his father returned to his job in Fiji. By now the family experienced upward social mobility. Bhagwan Singh studied in college and at the end of his masters, joined the British Indian army as an Indian Commissioned Officer in 1941. Bhagwan Singh’s carrier went a nautch higher when he was selected in the India Civil Service in 1944 that was to become Indian Administrative Service, after Independence. The family’s Fiji connection was transformed when Bhagwan Singh, a “girmitiya” progeny, was appointed as India’s High Commissioner to Fiji in 1971, now an Independent country. Bhagwan Singh distinguished himself as a very successful and respected Indian diplomat in Fiji. He earned diplomatic goodwill for India and reinforced his family and personal contacts among the Indian origin elite as well as with the Fijian indigenous elite. He established strong cultural, social and political ties between India, where he was born, and Fiji, the land of his father’s birth.

The author, Ajay Singh, grew up in Delhi while his father worked in different parts of India on official postings. He studied as a boarder in Modern School and then inSt Stephens college for his graduation. He visited Fiji while his father was posted there and did a course on journalism in New Zealand. He met and married Shiromani in Fiji before returning to India. Her parents were a well-established business Fijian family of Indian origins. After returning to India Ajay Singh’s life went through dramatic turns from being a successful journalist to a politician and finally a diplomat. He became a Minister of State in VP Singh’s short-lived government. The Fijian connections, that were kept alive through correspondence and occasional visits,  were reinforced once again in 2005 when he was appointed India’s High Commissioner to Fiji. This was an incredible transformation once again, for the fourth generation “girmitiya’ family of Fijian plantation connection. Ajay was very pleased with his appointment but also apprehensive of being compared with his father’s towering status as the most successful Indian diplomat in Fiji. Ajay gave all credit to Shiromani for allaying his apprehensions and was a great partner and help in his job as the First Lady in India House in Fiji.

The narrative in the book is not confined to his family history alone. Ajay displayed a very deep understanding and knowledge of Fijian society, its political dilemmas and tensions between and Indian origin and indigenous communities. He learnt a lot from his father’s experiences and benefitted from the latter’s good will as well as family connections. A lot had changed in Fijian political and social world in Fiji since his father’s days. He analyzed his own experiences and contributions as India’s High Commissioner as critically and dispassionately as possible, given his personal unique situation. He reinforced India’s goodwill and restored cultural, political and social ties between the two countries he admired and loved most. It is a book worth reading both by academics of labour history and the lay reader.