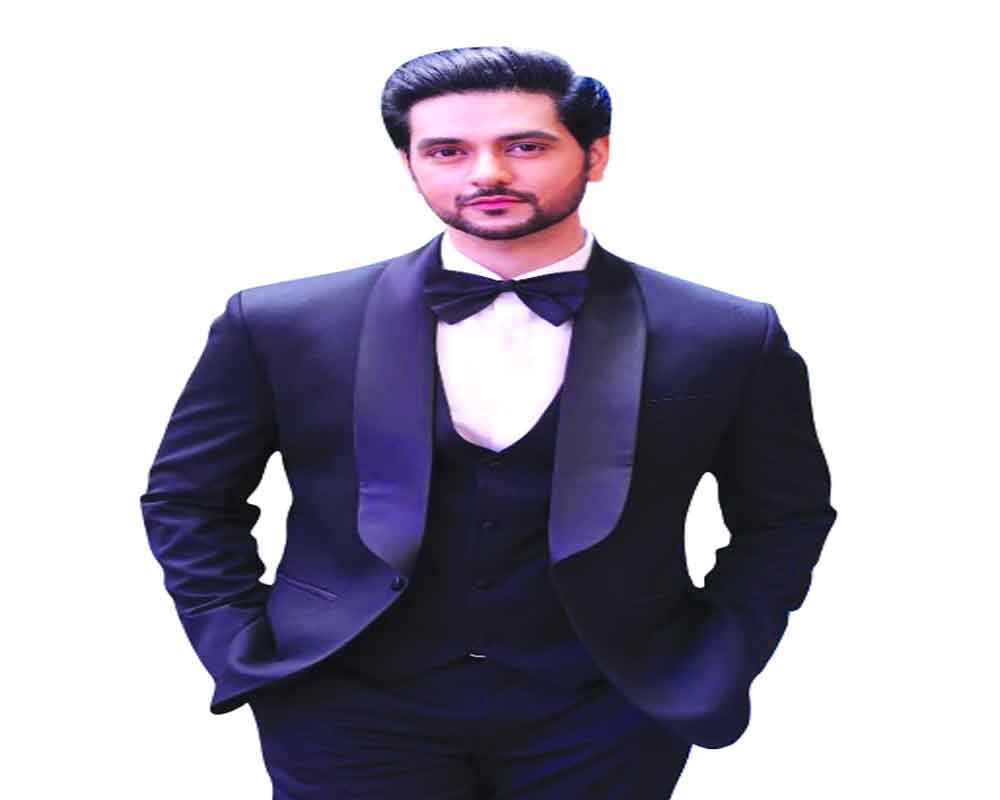 SHAKTI ARORA | The actor, who primarily works in Hindi television is known for his  performances in Tere Liye, Pavitra Rishta, Meri Aashiqui Tum Se Hi and Silsila Badalte Rishton Ka. He speaks with SUPRIYA RAMESH about his role in Kundali Bhagya, what made him say yes to the role, what got him into acting and more. Tune in to Kundali Bhagya every Monday to Friday at 9:30 pm on Zee TV

Please tell us something about your character.

I am playing the character of Arjun in Zee TV’s Kundali Bhagya. He is a rich hotelier from London, who acquires heritage properties and builds them into hotels. After returning to India, he aims to acquire several properties for his business. While my character might seem pretty simple, I must say that there are a lot of layers to Arjun and they will gradually unfold on TV. He is bound to bring various twists and turns to the storyline, especially by creating havoc in the lives of the Luthras.

When I got a call for this opportunity, I was very skeptical as the popular and long-running show has several characters already and when you introduce a new character or an actor, then he needs to work extra hard to make a place for himself on the show. It was a challenge, but the character sketch and storyline really got me excited. In fact, I have been away from television shows for almost 2 - 3 years now and I wanted to return with an exciting character, which I feel Kundali Bhagya has given me. I am really excited about Kundali Bhagya and I hope people shower me with love and respect like always.

What kept you busy while you were away from screen for three years?

I finished my last show in 2019, after which I wasn’t satisfied with the characters I was being offered. So, I decided to wait for the right opportunity. In between, I traveled a lot and I almost turned into a travel influencer, visiting 8 - 10 countries in a short span of time. However, it didn’t pan out. I also utilised my break to learn more about the stock market, and start a few businesses, amongst other things as well.

How has TV helped you shape your career?

Most of the work that I have done in terms of acting has been on TV. In that case, I believe that TV is the medium through which I have achieved everything to date and established myself as an actor. Even though TV is looked down upon, in my belief, TV is the greatest medium that we have in our country, which the audience watches on a regular basis. There are several TV actors, who are a known names in every household now, sometimes even more known than some top Bollywood actors.

What got you into acting?

I never had a plan B, I always wanted to be an actor, and hence, I worked hard for it from the beginning. In fact, when I came into acting, I soon realized that the craft will be my most valuable asset. After being part of a few popular projects, people started appreciating my work and that further pushed me to improve my craft furthermore and I will continue to do so.

From your debut in 2006 to starring in so many shows till now, what have been the developments or changes?

I believe we have definitely grown in terms of camera quality in the TV industry, but we have a long way to go in terms of content and packaging. However, having said that, TV is evolving on a regular basis and we’ve come a long way from where we started.

What else is in the pipeline?

I don’t want to think about tomorrow, I just want to focus only on Kundali Bhagya. I want the show to do well and hope people enjoy watching my character and my performance.

Any special message for your fans/viewers?

My fans have been waiting to see me on TV screens for the past 3 years, and I am sure my entry into Kundali Bhagya will surely excite them. I also want to thank them for loving and appreciating my work to date and I hope they continue with the same trend (laughs).