What the doc ordered

What the doc ordered 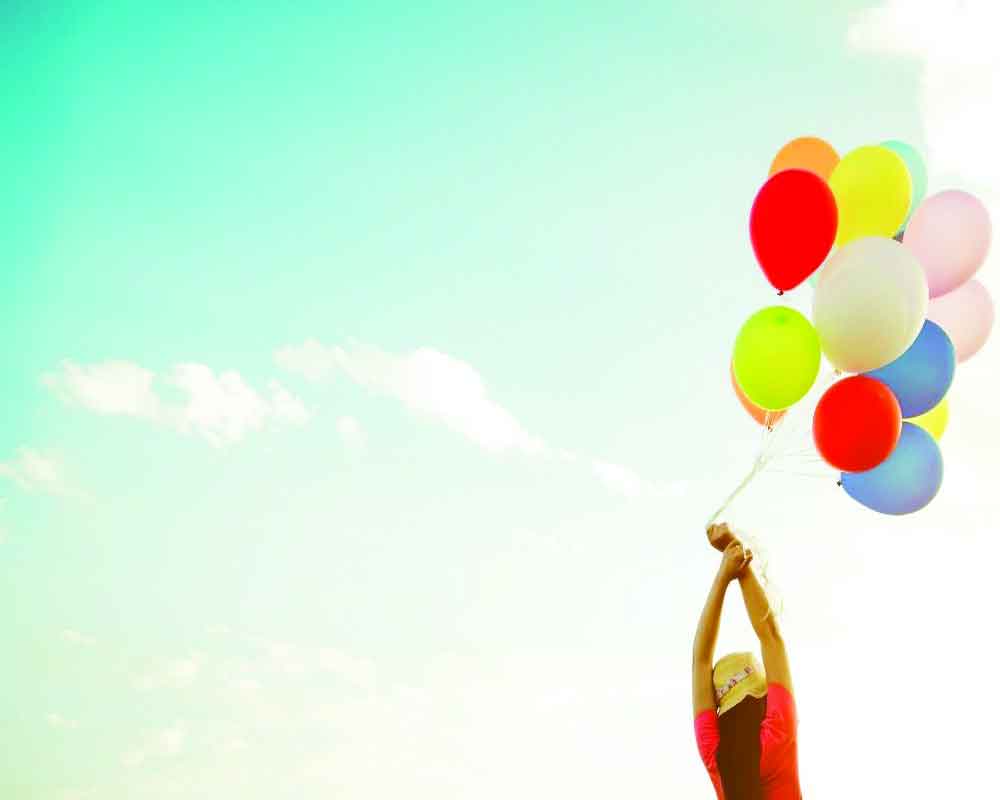 Sometimes a distraction is just what you need to heal, writes Monica Bhide, as she shares how Clooney turned her saviour

It seemed like the hundredth time I’d been in the same doctor’s office. As I stared at the stark white walls and mass-market art, I knew what my doctor would say about my severe chronic pain before he even opened his mouth: “I am so sorry. There isn’t much more I can do,” he said as I whimpered with pain and squirmed in the chair. “Why don’t you try to distract your mind? It may help” Then, he wrote me yet another prescription for painkillers.

I left his office frustrated, irritated, and deflated. Just get my mind off if it, I thought. Sure. As if ignoring the pain and stress that came with it was so easy to do. I got into my car and looked at my phone. I saw a tweet that George Clooney was in Washington, DC working to help refugees. One of my favorite actors was practically in my neighborhood. It was the first time I’d smiled all day.

Then, my food-writing persona seemed to take over. “I may or may not be making lunch for George Clooney.” I tweeted. The response was immediate-and delightful. My friends chimed in with questions and jokes. Within minutes, I received an email from a major publication. “If you are cooking for George, can we come in and do a story about it?” That response made me laugh. Who was crazy enough to think I, a half-baked food writer, would ever cook a meal for a magical creature like George! Yet the tweet did what the doctor had suggested: It distracted my brain from my chronic pain. For a few minutes, I actually felt like my (pain-free) self again.

From then on, every time I struggled with pain, I headed to Facebook. I would post an update about my George Clooney delusions. My online friends were only too happy to play along. “I tried to contact Clooney. I was told to put my people on it. I said yes, of course. Now I need people. Who’s in?” I wrote.

“I have been informed that hoping Clooney will randomly pick up my novel and love it and tell everyone to buy it isn’t a realistic book marketing plan. Damn. Now what?!”

Prior to my Clooney obsession, I posted mostly about food, my kids, and my life as a mother and writer. These off-brand posts surprised and delighted my friends and soon began to have a following. Other women writers and readers began to respond in jest to what I posted. In his own way, through my friends, George was giving me the very distraction the doctor had prescribed.

Then my entire world crashed, and life became what can only be described as a country music song: My husband had a massive medical crisis and was in a coma for a couple of months. I cared for him 24/7, focusing on nothing else, spending terrified nights in the ICU. By the grace of God, when he woke up he wasn’t paralysed, and he was transferred to a rehab facility to begin the long process of recovery.

But the Universe wasn’t done with me quite yet. One night while I was returning from the hospital, the car I was in crashed and was totaled. Once I realised that I was okay, I sat down on the sidewalk and wept. I had never imagined this for myself. Who does? But the crash made me realise how fragile life is and this was not how I wanted my story to end. I sobbed for not feeling grateful enough for what I had, and yet not being brave enough to go for the life I wanted.

He recovered, but my life, as I knew it, fell apart. My marriage of twenty-four years heartbreakingly ended in a collaborative divorce. My finances crumbled under the pressure of unending bills, and a bare bank account stared me sharply in the face. My freelance business of 15 years dried up as I could pay no attention to it while I tended to my top priority: my family. I could literally feel everything I had known and held true as the foundation of my belief system being ripped apart. Some days the sheer exhaustion of just having to wake up every morning was taking its toll.

My Facebook tribe noticed-and how. Little did I realise that what had started as a joke would become a lifeline. I hadn’t mentioned the divorce anywhere, but they could sense from my posts that something was off. And they knew exactly what I needed to feel better again. “Hey, did you see George became a dad?” “Hey, I went to Lake Como and took pictures for you of this potential villa that George MAY or MAY NOT live in.”

Now, instead of crying and worrying whenever it all seemed too much, I turned to George: This pie-in-the-sky fantasy of a movie star crush, which everyone around me was so willing to indulge, was not only a distraction, but a running joke with my friends. It was a way for them to make me laugh and let me know they were thinking of me and that they cared without the seriousness of the pain-physical and emotional I was feeling. Every “George joke” was a little lifeline that showed me people cared and gave me strength.

In real life, I began to look for a job, and found one with a great tech company. I thought maybe, just maybe, we would be okay. Then the pandemic hit.

Suddenly, I was a divorced 50-year-old single mom with two children, a brand-new corporate job, and a broken heart, isolated in a townhouse, without close friends or family nearby.

At first, I tried to reason with my panicking brain. But, truth be told, I was even more terrified than before. I was a newly single person anxious about what the future held.

Finally, I posted on Facebook: “I feel scared and alone.” And the floodgates opened. Now it wasn’t just friends, but many times people I did not know-readers of my books-posting images and stories about George Clooney on my wall. “Hey, did you see your boyfriend is on the cover of AARP magazine?”/”Andy Borowitz must’ve posted his picture just for you.”/”I can’t watch a George Clooney movie without thinking of you.”

People photoshopped images of me and George. Movie poster stars were replaced with George and me. A reader sent mea book about Clooney. A National Press Club picture of me holding my novel and standing next to a male colleague became a fake image of me and my celebrity crush.

I got daily messages about his twins, his wife, his interview in GQ, his Nespresso ads, his tequila, his surgery, his well, you name it. Every time he made a move, my Facebook tribe needed to inform me. “George is shooting here in Boston. Come visit!”

Of course, no one sending me the messages actually believed that George and I would ever meet. So, what was this deep “George has your back” vibe that was pouring in at me at internet speed? Then it dawned on me: This was love in the time of COVID-19. My tribe was showering me with love in the only way they knew how: by teaching me through their posts, their tweets, their emails, the fake images, the books, the texts, to keep believing in fairytales. The fantasy I had created to take away my physical pain was now distracting my brain from the mental exhaustion of feeling alone.

Then my older son read all the posts about George and said, “Mom, we need to talk about all this George Clooney stuff.” At first, I felt so embarrassed, and braced myself for a rather unpleasant conversation. Perhaps he was ashamed of the silliness in which his mother was indulging. “Mom, you really have to pick someone else. George Clooney is way too old for you.” I laughed so hard! George was just the distraction I needed to deal with the pain. He gave me strength by creating this “language” with me and my community. In a way, George was just what the doctor ordered.