One step at a time

One step at a time 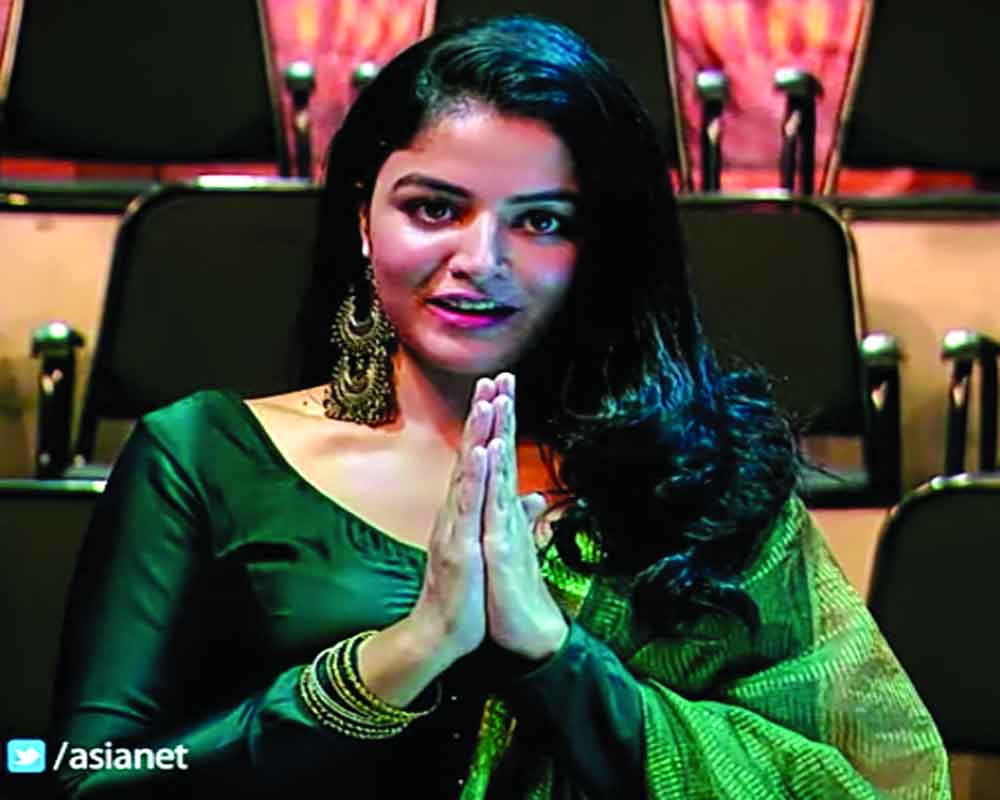 Actor Wamiqa Gabbi has been seen in a variety of projects in several languages and, with 83, she has made a mark, says Harleen Kaur

An excited teenager who played third or even fourth fiddle to Kareena Kapoor’s Geet in Jab We Met, Wamiqa Gabbi has slowly but steadily started charting her course in celebdom. Appearances in Punjabi films followed and she got recognition for Tu Mera 22 Main Tera 22, Ishq Brandy, Nikka Zaildar, Parahuna, Dil Diyan Gaalan and Grahan, the web series on 1984 riots. The actress has appeared in many notable Bollywood movies and many other regional films too.

Recently, Gabbi played cricketer, Madan Lal’s, wife in the film, 83. She shares, “I’m grateful to get the chance to be a part of this movie. You know when the film is made on such a historical moment, it’s a different kind of happiness. So… when Chhabra Ji’s (Mukesh Chhabra)office called, nothing came to my mind regarding how that part is and what it is… I just wanted to be part of this film and I’m so glad that people loved the film,” she giggled.

Talking about the reason she took up the role, she shares, “A film on the 1983 World Cup was a good enough reason for me to be its part. And then, Kabir Khan was directing it! I knew that I wanted to work with him and I was excited to be part of a project like this. Deepika Padukone, who was the producer, played Romi Dev while I was Anu Lal. The two were like best friends and there were several scenes with her. When all this became clear, I was like, I’m quickly doing this.”

Gabbi has primarily worked in Punjabi cinema and has done films in other languages too. She says, “I have worked in Punjabi films. And Telugu, Tamil as well as two Malayalam films. So there were no challenges. When you are working with good people, everything works out. Challenges arise when you are working with difficult people and when you feel that it’s getting too difficult. But this was very pleasant, you know, the atmosphere was such that it was good working in this. So, I’m really happy that I was part of 83.”

Further, while talking about Grahan, where Gabbi played the role of Manu, she elaborates, “Grahan was…. the first show, the first project I did after the pandemic. At our meeting, director Ranjan Chandel read paragraphs from the book Chaurasi/84 which touched my heart. He read out Manu and Rishi’s love story which gave me goosebumps. While listening, Manu started seeming to be very beautiful and I got so excited that I would get to play this character. And Ranjan, Anshuman... all of us started preparing for our characters and Ranjan sir helped all of us in getting in the skin and bringing out the minute details.”

Galwakdi, another Punjabi film released last month. She said, “We shot in London for a month and it was quite a ride. My co-star, Tarsem (Jassar) ji, is a very calm and patient person, I enjoyed working with him.” On the challenges that she faced in the film, she expressed, “An accident takes place... I had never done that before so that seemed very difficult to me... but I’m glad that it looks good on screen.”

About Galwakdi, to her fans, Gabbi says, “The film is not just a love story or it’s not just about two people falling in love. It talks about life, its way and balance.”

In addition, while talking about choosing roles, she says, “Anything that touches my heart. Anything that I feel, that I should be part of ... ‘Yeh mere begair nahi banna chahiye, to uss cheez ko mai haan kar deti hun (Wherever I feel that this should not be made without me, I says, yes).”

Her favourite actor is Irrfan Khan. “Unfortunately I’ll never be able to work with him, that was one dream. I’ll always remember him, he’ll always inspire me as an actor. The kind of rawness that he brought to his character, vo bohot kam dekhne ko milti hai (It is not seen often)… that rawness, simplicity and the small things that he brought. I would love to work with Ranbir Kapoor. He is one of the finest actors, we have in our industry. I’m always excited to see what he has to offer, the kind of films he is doing, the characters that he is playing and what he is doing in those characters, so maybe in future... in the next five-six years… will get a chance to work with him.”

While sharing about her current and forthcoming projects, she says, “Mai is also there of Clean Slate Filmz. It’s for Netflix and also stars Sakshi Tanwar. Then Khufiya with Vishal (Bhardwaj) sir and Tabu. Working with Vishal sir, one of the best directors, along with Tabu is like a dream come true.”