2019 Lok Sabha polls: From where will PM Modi contest?

2019 Lok Sabha polls: From where will PM Modi contest? 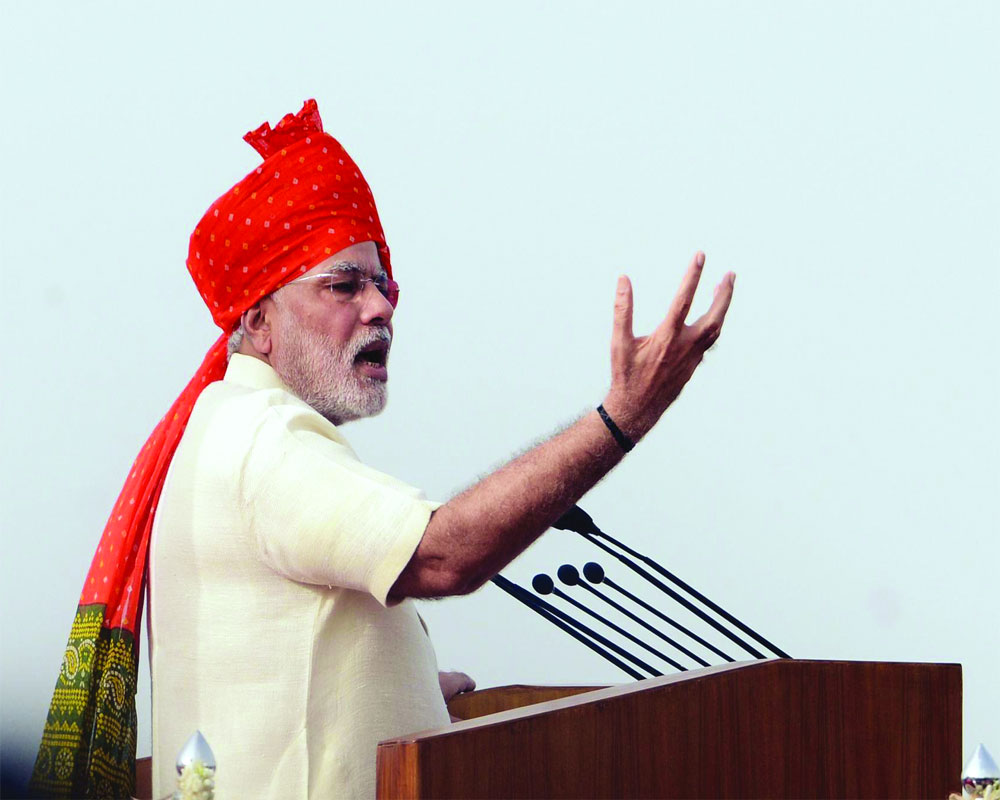 As a Prime Ministerial candidate, Narendra Modi had fought the Lok Sabha Elections from two places — Vadodara seat of his home State Gujarat and Varanasi in Uttar Pradesh, the largest State in the country. Later, he relinquished the Vadodara seat. Now, as another Lok Sabha poll inches closer, there is speculation over the number of seats Modi will contest from.

Recently, the BJP’s Odisha unit offered him Puri seat to fight from. The party has passed a formal proposal and sent it to Modi. This must be noted that Odisha will face the Assembly Elections along with Lok Sabha. The BJP believes that if the PM fights from Puri, then the party will benefit in both elections. At the same time, many leaders of Bihar BJP want the PM to contest from their State. The Patna Sahib seat was proposed for Modi, from where Shatrughan Sinha is the party MP. Modi might also be requested to fight from either East or West Champaran amidst the year-long 150th birth celebrations of Mahatma Gandhi. On the other hand, leaders of Gujarat have also urged him to contest from the State, and there is a proposal from the South as well. But one thing is certain: He will fight from Varanasi.

Think about this scenario: The Left leaders standing with Mamata Banerjee and jointly fighting the BJP. Sounds impossible? Well, nothing is impossible in Indian politics. Nitish Kumar had formed his party against Lalu Prasad, but later both joined hands; the TDP was formed against the Congress ideology, but the two parties might fight together; rivals SP and BSP have also come closer. In the same vein, it might not be surprising if the TMC and Left front go together in West Bengal.

It is common knowledge that Mamata had formed the TMC to wipe out the Left Front from the State following the treatment meted out to her fellow men. She chose the political route to seek retribution, and snatched power from the Left after a long-drawn battle. Now, it seems that Mamata’s biggest enemy has changed — the BJP has replaced the Left. And that is why she has reached out to the Left Front to

stop her old ally, the BJP. Mamata has announced a big rally of the Opposition parties in Kolkata on January 19, and is personally sending out all invites. She has invited the CM of Kerala and Communist leader P Vijayan. Mamata said that apart from the CPM, she will also invite leaders from the CPI, RSP, and Forward Bloc. The stand of the Left leaders isn’t clear yet, but Mamata has sent a strong political signal.

BJP’s National President Amit Shah is challenging the Opposition leaders to debates. Shah’s challenge has been accepted, but the question is how will the debates be conducted and who will speak on behalf of Shah? Will Shah engage in verbal duel with the Opposition leaders? There are many countries where election debates are conducted. In India, they are organised only in the JNU at the time of student union elections, where all candidates put forward their viewpoints. Now, if Shah has thrown down the gauntlet to the Opposition parties on the issue of development, then why shouldn’t the debates be held before elections?

Recently, Shah addressed the Purvanchal Mahakumbh Rally in Delhi, where he declared that he was ready for a debate with CM Arvind Kejriwal on the issue of development. Kejriwal then asked him to decide the time of the debate, but the BJP didn’t reply. If Shah and Kejriwal are indeed ready, what’s stopping them from a debate?

After a few days, Shah challenged the Congress President Rahul Gandhi, saying they should have a debate on the issue of development. The Congress also accepted the challenge, but no debate took place. This was followed by a slew of suggestions on social media on the model and way to conduct the debates. Many people said Sambit Patra should be sent for the debate on behalf of the BJP, so it won’t matter who comes from the Opposition’s side.

What will the leader of Suheldev Bharatiya Samaj Party — the alliance partner of the BJP in UP — OP Rajbhar do? The BJP leaders are keeping a hawkish eye on him in the same way they are tracking Upendra Kushwaha in Bihar. Both leaders have been the BJP’s trump cards against Yadav politics in the two States. But as of now, they are not happy with the BJP. Sources say Rajbhar might make a big announcement at the end of this month. He is gearing up for a political function on October 27, where he will revive the demand for reservation. He wants the MBC category to be created within the OBC category, so that backward castes can benefit.

Before this, he had been raising other issues, such as corruption in the Yogi Government. Although he is a part of that very Government, he says work in his constituency has been stuck due to corruption. Now, he has started demanding reservation within reservation. In the meantime, he also doesn’t miss any opportunity to heap praises on the Opposition parties, which could explain the BJP’s apprehensiveness. However, this is also being said that he can break his relationship with the BJP on October 27. Though this is also true that he is awaiting the results of five States, just like Kushwaha.

THE SIGNIFICANCE OF NRC

What will the Government do with the 40 lakh people left out of the Assam National Register of Citizens (NRC) final draft, which was released on July 31? The correction process, which commenced on September 28, will continue till November 23. Documents approved by the court and NRC Registrar are being accepted afresh and will be investigated subsequently. According to speculation, post-investigation, maximum four to five lakh names will be added to the NRC list. Even after that, 30 to 35 lakh people will still be off the list, giving them the tag of illegal immigrants from Bangladesh. While Amit Shah is calling them termites, claiming they would be thrown out of the country, there is news that India has promised Bangladesh that no one excluded from the NRC would be sent back to that country. Such claims are being made by only Bangladeshi leaders, but they are naming the top leaders of our country. HT Imam, political advisor of Bangladesh PM Sheikh Hasina, told journalists at Dhaka that PM Modi had assured Hasina that no one would be sent back from India. Elections are due in Bangladesh in the next few months, so it is possible that Imam’s statement is politically motivated.

Some days ago, Sayeed Najib Ul Haj, a prominent leader in the Bangladesh Government, also said that the top leadership of India had promised that no one would be sent back to Bangladesh. He said Minister of State for Home Affairs Kiren Rijiju had assured him that all these people are a part of the Indian economy and would be taken care of. Now the question is if no one would be sent back, then what’s the point of the NRC?

Till date, only the Congress had been up in arms against the Rafale deal. The entire Opposition has not been united on this, like it was on the Bofors scandal. But now, the Left parties have decided to hold an agitation against it. The Left has also decided to organise Jan Adalats where experts on Rafale and other strategic issues will be invited. Some former Army officers will also be called to give minute details of the deal.

The Congress had been focusing on the Rafale price and Anil Ambani’s company, which had been included as an offset partner. Now, it is being said that the Left will raise other minute issues. Meanwhile, questions are also being raised on S-40, a deal with Russia, and its offset partner. But it’s not clear whether the Left will raise this issue. The Left is all set to hold protests against the deal in the country after the Jan Adalats.