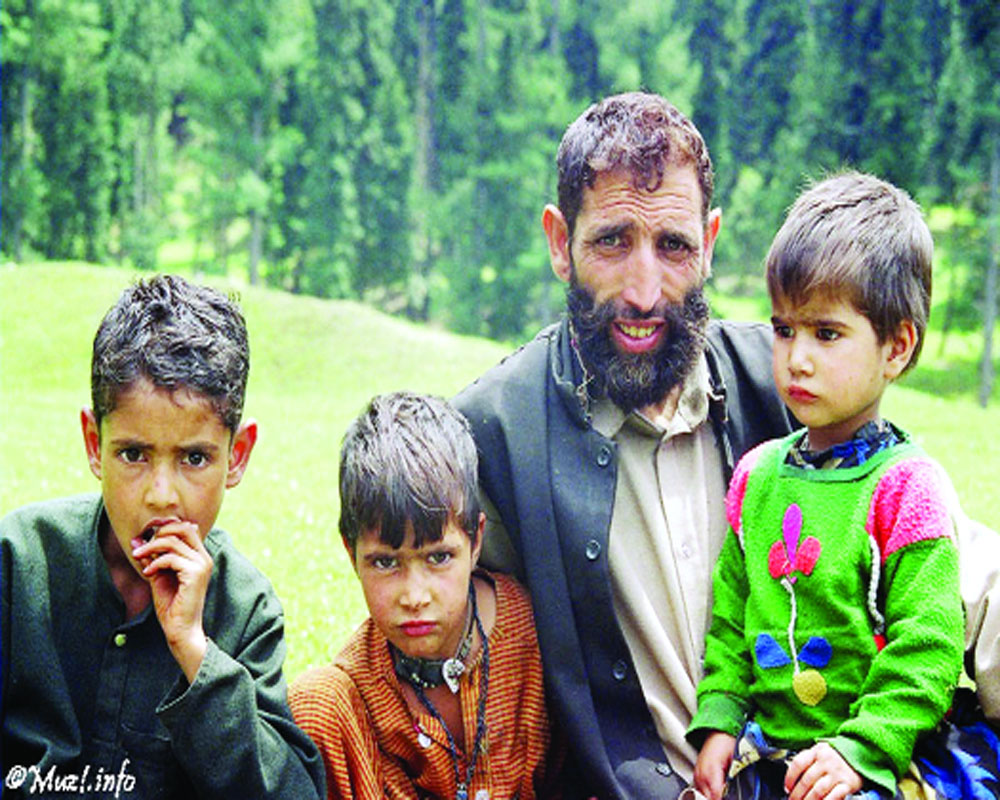 Governor Satya Pal Malik has taken some tough measures that bode well for residents. He must continue to remove regional disparity and not be intimidated by parties

Having boldly dissolved the Jammu & Kashmir Assembly to prevent horse-trading, and repealed the Roshni Act, it is hoped that Governor Satya Pal Malik will continue with bold reforms and not be intimidated by political parties. The decision to make the largely State-owned Jammu & Kashmir Bank a public sector enterprise was welcome, as was the reported plan to review the issue of Permanent Resident Certificate (PRC). Sadly, political outcry forced a re-think on both issues, to the detriment of citizens of the State.

The Governor reportedly asked the State Administrative Council to examine changes in the law for granting Permanent Resident Certificates (PRC) to remove impediments observed by the Revenue Department. The PRC is issued to domicile citizens of Jammu & Kashmir and Maharaja Hari Singh, who created the concept of State Subjects, provided that those domiciled in the State for at least 10 years could become subjects. However, Article 35A, added to the Constitution of India by a presidential oder in 1954, empowers the Jammu & Kashmir  Assembly to define ‘permanent residents’, which has made the PRC acquisition problematic.

Refugees who fled West Pakistan in 1947 are denied their legitimate citizenship rights. While Article 370 gives special status to Jammu & Kashmir, it also gives wide powers to the Governor. Unfortunately, the December 1, 2018, move to review the process of granting PRCs was fiercely opposed by the Peoples Democratic Party (PDP), National Conference and even the People’s Conference of Sajjad Lone, with whom the Bharatiya Janata Party (BJP) has aligned for the next Assembly election. As the Supreme Court reviews the legality of Article 35A, the BJP should ponder the terms of its collaboration with Sajjad Lone so that it does not compromise (read sacrifice) its constituency again, as happened under PDP president Mehbooba Mufti. It is well-known that Rohingya illegal infiltrators secured PRCs in Mufti’s regime.

Governor Malik’s decision to repeal the Jammu & Kashmir State Lands (Vesting of ownership to the occupants) Act, 2001, (Roshni Act) is a desirable step. The legislation was originally mooted to help farmers, who were farming on State lands, to legally acquire title to the same, but was grossly abused by the elite to grab large tracts of State lands. The State lost around Rs 25,000 crore that was to fund electricity generation schemes (hence the name ‘Roshni’). In February 2018, the PDP tried to unilaterally allow Gujjar-Bakarwal squatters on forest land to become de facto owners and ignored opposition from the BJP.

It would be appropriate for the Governor to consider fresh delimitation of constituencies and appoint a Delimitation Commission to remove the regional disparity long suffered by Jammu province, and also provide representation to all reserved categories in the State Assembly. It is pertinent to note here that the Constitution of Jammu & Kashmir, enacted in 1957, was based on the Maharaja’s Constitution of Jammu & Kashmir of 1939, which was still in force. After accession to India, the State Constituent Assembly was constituted under the 1939 Constitution, but Sheikh Abdullah’s administration arbitrarily carved out 30 seats for Jammu region and 43 seats for Kashmir region and two seats for Ladakh region. This regional disparity became entrenched thereafter: Kashmir (46), Jammu (37) and Ladakh (four).

The last delimitation exercise in the State took place under challenging circumstances and was finally accomplished by the Justice (retd) KK Gupta Commission in 1995, when the State was under President’s rule. As the Constitution provides for delimitation every 10 years, the next delimitation of Assembly constituencies should have taken place in 2005. However, in 2002, the National Conference Government froze delimitation until 2026 by amending the Jammu & Kashmir Representation of the People Act 1957 and Section 47(3) of the Constitution of Jammu & Kashmir. The amended Section 47(3) provided “that until the relevant figures for the first census taken after the year 2026 have been published, it shall not be necessary to readjust the total number of seats in the Legislative Assembly of the State and the division of the State into territorial constituencies under this sub-section”.

This means the next delimitation can only take place after Census 2031, unless the Governor intervenes and rectifies this irregularity. The BJP, Jammu & Kashmir National Panthers Party, Jammu State Morcha and even the Congress have demanded the constitution of a Delimitation Commission to ensure a just number of seats to each region. It is pertinent that owing to the disturbed conditions in the Kashmir region from 1990 onwards, there has been a huge migration towards Jammu province, an exodus not limited to the Kashmiri Pandits. The concomitant rise in the population of Jammu does not reflect in Census 2011, which lacks credibility among large sections of the people.

The Panthers Party approached the High Court of Jammu & Kashmir, urging that stoppage of readjustment of the extent and boundaries of electoral constituencies adversely impacts democracy, as enshrined in the Constitution. On dismissal, senior advocate Bhim Singh approached the Supreme Court, which also dismissed the appeal, stating that Article 327 of the Constitution empowers Parliament to make laws regarding delimitation of constituencies, and Article 329A states that any law relating to delimitation of constituencies or allotment of seats to such constituencies “shall not be called in question in any Court”. The Court said identical provisions have been made in Section 142 of the Constitution of Jammu & Kashmir.

This failed to tackle the core issue of arbitrary deferment of delimitation. As a result, persisting problems call for fresh application of mind. As delimitation follows a census, which records demographic changes, it ensures that the numbers reflect in the composition of constituencies. Deferment has created an imbalance in the composition of various constituencies.

Moreover, the State Constitution, under Section 48, reserves 24 seats in the 111-member Assembly for the area under Pakistani occupation (since 1947-48). Members of the diaspora of Occupied Jammu & Kashmir have been urging the Centre to fill these seats by nomination; West Pakistan refugee families could also be accommodated this way. With Pakistan trying to incorporate Gilgit Baltistan as a province to safeguard the China-Pakistan Economic Corridor, India must assert its claim to the region more forcefully before the international community.

Finally, Scheduled Castes and Scheduled Tribes enjoy reserved seats in Jammu province, where rotation is overdue, but are unrepresented in the Kashmir valley. The backward Gujjar-Bakarwals received Scheduled Tribe status in 1991, but have not received their share of Assembly seats. These knotty problems are best resolved under Governor’s rule.