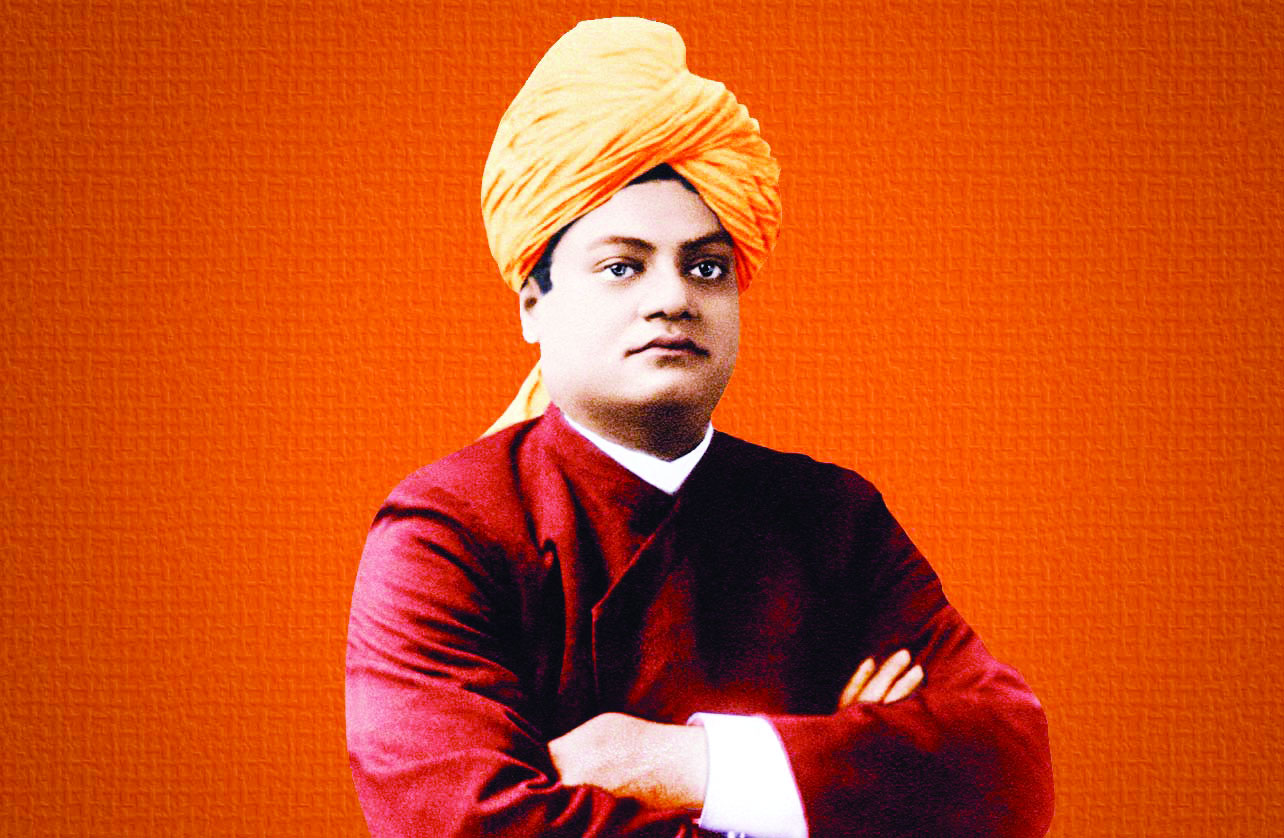 As we pass through an era that is witnessing weakening of sincere, committed and selfless pursuit of new knowledge, a course correction is needed. Who else can guide us better in this endeavour than Swami Vivekananda?

The current state of Indian education system is a cause of concern on various fronts. It is very clearly visible in most learned narrations on education.  It is indeed intriguing, and even amazing, that the real concern is not new — it is practically the same as it was articulated by Swami Vivekananda over a 100 years ago: “Education  which does not help the common mass of people to equip themselves for the struggle for life, which does not bring out strengthen and character, a spirit of philanthropy, and the courage of a lion — is it worth the name? Real education is that which enables one to stand on one’s own legs.”

That the current education system is weak on this front is universally known. It needs new insights and ideas. Every effort undertaken to reform the education sector — be it education policy, programmes, implementation strategy or articulation of outcomes — can derive immense benefit from the vision and philosophy of Swami Vivekananda.

Rabindranath Tagore once told French writer Romain Rolland: “If you want to know India, study Vivekananda. In him everything is positive and nothing negative.” Even today, if someone wishes to understand the Indian tradition of knowledge quest, its systems  of creating, generating, disseminating and utilising knowledge,  there would be no better  resource and support than to read Vivekananda on what all he said about education, its goals,  objectives, relationship to the growth of civilisations, human advancement and welfare of the people.

It would also indicate how and why the Indian civilisation advanced far ahead of others in comprehending the basics of human existence on planet Earth; queries on/before life and after life!  Their contemplation was deep enough to let them internalise spirituality, human values and what could be the best and satisfying for any human being during his sojourn on earth. No one other than Swami Vivekananda has articulated with such a deep understanding the rise and downfall of India, the subjugation of its history, culture and heritage as a result of planned efforts to destabilise its time-tested traditional yet dynamic education system. Swami was active in a period characterised by rampant poverty, hunger, demoralisation of a slave nation, and people resigned to their fate.

The British had successfully achieved an attitudinal transformation amongst the English-educated Indian elite who were overwhelmed by the superiority of the West in every aspect, right from knowledge to culture to social systems!  When Swami Vivekananda appeared on the scene, people were hesitant to even talk about independence.   India needed someone to give a wakeup call; let people realise who they are; what they were missing; how they have been deprived not only of their material affluence but also of the sense of pride in their culture and heritage.  Most importantly, how their minds have been made to drift away from their own people, people who were reduced to live in inhuman conditions, who had lost the will to resist injustice and humiliation. If resurgence was ever conceivable, it needed a messiah who knew India and Indians!

And knowing India was no easy task in view of the country’s diversity of every conceivable variety in men and material, spiritual and religious pursuits and systems of governance and delivering justice.  Swamiji travelled across the nook and corner of the country, and what he saw, convinced him about the inherent unity of the Indian nation  and its people. He also realised how India could play a leading role on the global stage in efforts to create a world of social cohesion and human dignity.

A well-known instance of comprehending and then connecting India is that of Adi Sankaracharya. He realised the need to travel around, and in his short sojourn on the planet Earth, he established shrines that strengthened the unity of minds of the people and also of the regions and places. One can also recall another example how Gopal Krishna Gokhale had advised Mohandas Karamchand Gandhi to ‘know India’ before beginning work in India after all the name and fame he had already earned in South Africa.   He dutifully travelled every nook and corner of the country and developed an understanding that could not be matched by any of his political associates in freedom struggle.

Swami Vivekananda was quick to realise the cause of the decline of a great number of people who claimed to be the ‘children of immortality; Amritasya Putrah!’ They had already understood that “all this that is changeful in this ephemeral world must be enveloped by the lord”! The query, in spite of all this and much more about national degradation, was answered by Swamiji. Attitude to false superiority played the most prominent role in the downfall of the children of god. While on the one hand, India boosted of Taxila, attracting learners from 60 nations, its social structure gradually declined, even a journey on seas was declared sinful and invited heavy penalties.

How can any system, social structure or a civilisation, maintain its dynamism if it isolates itself from the world outside? In 1894, Vivekananda said in his book, The Complete Works of Swami Vivekananda, “To my mind, the one great cause of the downfall and the degeneration coming was the building of a wall of custom — whose foundation was hatred of others — round the nation, and the real aim of which in ancient times was to prevent the Hindu from coming in contact with the surrounding Buddhist nations”. In the same piece he offered the solution: “Give and take is the law, and if India wants to raise herself once more, it is absolutely necessary that she brings out her treasures and throws them broadcast among the nations of the earth, and in return be ready to receive what others have to give us. Expansion is life, contraction is death.”

Finally, in this very piece he exhorted: “We must mix with all the races of the Earth.”  The lamp that was lit by Swami has spread its light across the nation, across the communities and the entire world now realises and relishes India’s global presence. But mere travel around and outside, opening up the sea shores and airports alone is only one initial step. It alone is not sufficient to give Indians their due on the global stage.

If India is to stand up with its head high in the global community, it has to prepare its young generations, who are self-assured, confident, proud of their heritage, history and motherland, and are keen to prove that they are not inferior to anyone. It must make them believe that they all have the capability and potential to lead a global renaissance.

For a committed researcher and explorer, knowledge pursuit is a pious task. Indian culture and tradition links it to the individual’s urge to gain better understanding of the forces of nature, and utilise that knowledge for the welfare of the people, humanity and that, too, without any distinction or selfish motive. He prays for one and all — men and women of all religions and faiths, of all colours and creeds. No distinction, every soul being divine.

The rishis and munis, saints and sages — they all created knowledge and disseminated it for the ‘human welfare’.  Things have changed in the modern world and India and Indians are no longer exceptions. Now, knowledge quest is often pursued with the sole commercial considerations getting a patent earlier than others and takeover the market!   Historical interventions impeded Indian  knowledge traditions, and today, we are just copying the trends of much-glamourised globalisation.

However, as we are passing through an era of weakening of sincere, committed and selfless pursuits of new knowledge, a course correction is urgently needed.  Essentially, it amounts to broadening of the vision of knowledge quest that India must articulate in the current-day idiom, accept and implement.

How to proceed to comprehend this change was so lucidly  elaborated by Swami Vivekananda: “Everyone born in this world has a bent, a direction towards which he must go, through which he must live, and what is true of the individual equally true of the race.  Each race, similarly, has a peculiar bent, each race has a peculiar raison d’etre, each race has a peculiar mission to fill in the life of the world. Each race has to make its own result, to fulfil its own mission. Political greatness or military power is never the mission of our race; it never was and, mark my word, it never will be. But there has been the other mission given to us, which is to conserve, to preserve, to accumulate, as it were, into a dynamo, all the spiritual energy of the race, and that concentrated energy is to pour forth in a deluge on the world whenever circumstances are propitious.”  Can India not build the edifice of its new education for resurgent India on this outstanding postulate?