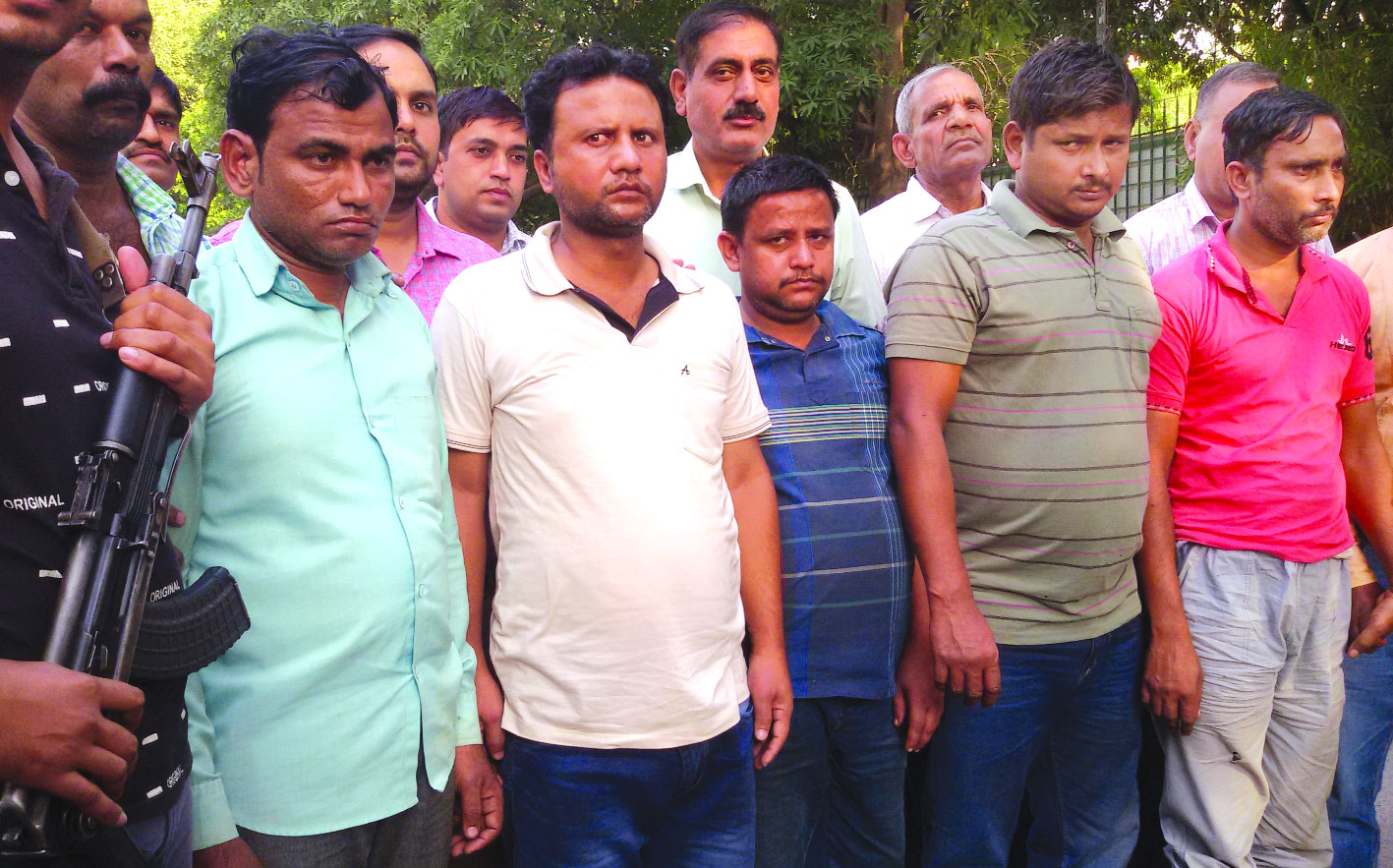 In a major breakthrough, the Special Cell of the anti-terror unit of the Delhi Police has busted an inter-State gang running a gun factory in Delhi. In simultaneous raids carried out in Delhi and Meerut by the Special Cell sleuths, five persons were arrested and an illegal factory of sophisticated country-made guns was busted. It led to the recovery of 85 semi-automatic pistols.

The breakthrough came after the disclosure by Danish, an accused who was arrested by the Delhi Police for gun running a few days ago. The information provided by Danish was investigated by the Special Cell teams and gang members involved in the illegal manufacturing and sale of sophisticated guns were identified, sources said.

Two gun peddlers were apprehended by a team of the Special Cell when they were on way to Haryana from Delhi for selling pistols. Police have confiscated a huge cache of illegal arms, including 85 semi-automatic pistols, 50 live cartridges, 40 magazines and several unfinished/semi-furnished firearms in the raids.

“We received specific inputs regarding the accused and their operations. Accordingly teams were formed and raids were conducted in Meerut and Delhi. Sahidulla and Nasim were intercepted while they were on their way to Haryana for sale of arms. In a brief exchange of fire, the duo was caught on Singhu border on National Highway 1”, said Sanjeev Kumar Yadav, DCP of the Special Cell.

“In another raid at a residence in Meerut, three persons — Shabir, Imtiaz and Obayed — were apprehended for manufacturing illegal weapons. The house belongs to Fukran Rajmistri, a notorious arms smuggler. Search of the premises led to the further recovery of 19 illegally made pistols along with raw materials including springs, barrel, magazine length etc. and instruments used in preparing these illegal firearms were recovered from the spot,” said the DCP.

“The accused were put to sustained interrogation and Sahidulla disclosed that in order to evade police in Munger district in Bihar, he along with three labourers, who are expert in making fire firearms and raw material came to Meerut five years ago to set up a manufacturing unit at house of Furkan. He further disclosed that with the help of these men he used to prepare pistols by assembling parts in Meerut and then used to supply them in Delhi and adjoining areas of Haryana. Sahidulla had lured Nasim for the supply of illegal firearms to various persons in Delhi, Haryana and UP,” said the DCP.