Delhi Metro to jump to top 3rd in world

Delhi Metro to jump to top 3rd in world 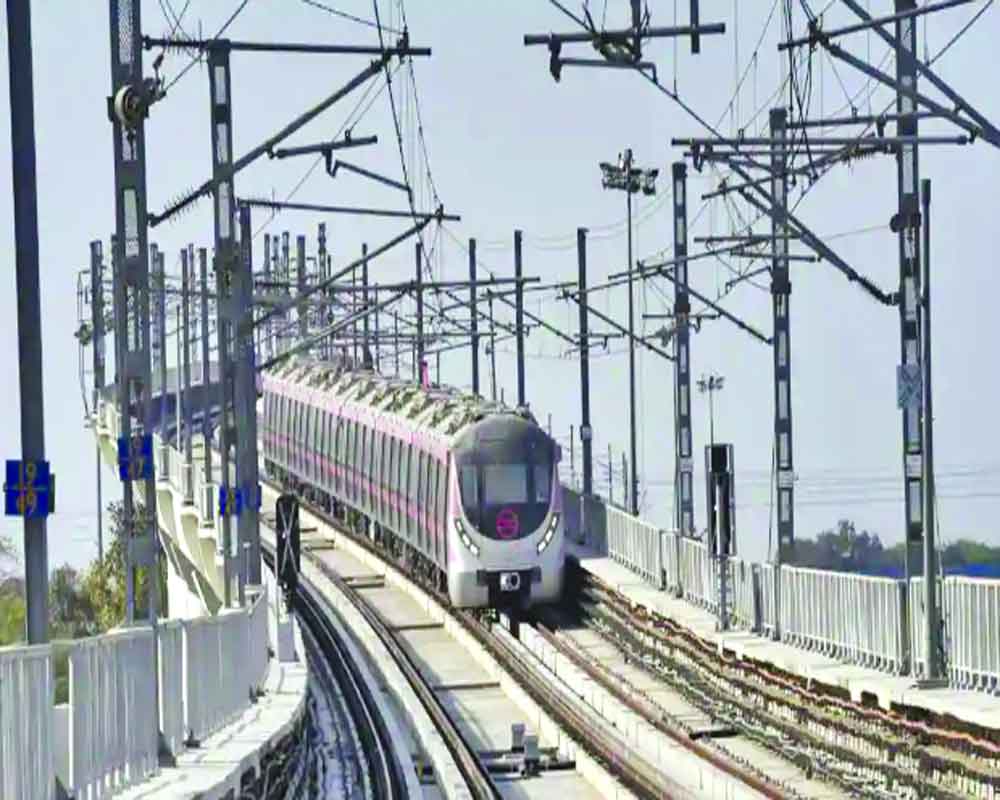 The much-awaited 103.93 kilometre (km) six-corridor Delhi Metro Phase IV project was cleared by the Delhi Government on Wednesday, bringing relief to residents of outer Delhi, such as Bawana and Narela, where there is no metro connectivity. The Delhi Government will provide Rs 9,707 crore for Phase-IV during next five years.

After the completion of Phase-IV, the Delhi Metro will become the third largest metro network in the world. With total length of approximately 453.58 kilometre, it will overtake New York (380.2 km), Nanjing in China (378 km), Seoul (340.4 km), Moscow (381 km), Guangzhou (China) (391.8 km), and London (402 km). Shanghai and Beijing are first and second respectively with the total length of 644 km and 599.44 km respectively. Currently Delhi Metro is the eight largest metro train network in the world.

The Phase-IV project had become a bone of contention between the AAP Government and the  Bharatiya Janata Party-led Union Government as the former did not give its final nod to the project, even after its in-principle approval to the same in February 2016. Following the delay, Union Housing and Urban Affairs Minister Hardeep Singh Puri had, in October, said, “We will open a box of sweets only when a formal announcement for the metro Phase-IV project is made.”

“The Metro Phase IV project was hanging fire and witnessed war of words between the Aam Aadmi Party Government and the National Democratic Alliance-led Central Government. It saw unwanted interference by the Centre. However, the Delhi Government has sanctioned the much-awaited project which will be a boost for the Delhiites in the upcoming years,” said Deputy Chief Minister Manish Sisodia.

Of six corridors, three will be elevated, and the rest will have both elevated as well as underground stations. The elevated corridors are 21.73 km Rithala-Bawana-Narela, 28.92 km Janakpuri West-RK Puram, and 12.54 km Mukundpur-Maujpur stretches.

Inderlok to Indraprastha with a length of 12.58 km will be completely underground, Aerocity to Tuglakabad with 20.2 km (elevated 5.58 km) and 7.96 km Lajpat Nagar-Saket G Block will be elevated. A total of 79 stations will be there in the upcoming Phase IV project.

The Delhi Government will provide Rs 9,707 crore for phase-IV during next five years. The city Government also proposed that in the first three elevated corridors, a three layered road will be constructed below the metro corridor to ease the traffic congestion. The total cost of the entire Phase IV project is Rs 46,845.

“In the existing corridors, it has been identified that once the elevated metro stretch is laid down, the construction of roads and flyovers become impossible after that. The DMRC will prepare the Detailed Project Plan (DPR) and other modalities and the City Government will provide entire cost of the elevated road proposed,” added Sisodia.

The multi-level (three layered road) has been planned on the three corridor which includes Rithala-Bawana-Narela, Janakpuri West-RK Puram and Mukundpur-Maujpur.

Besides, the Government also said around 334 additional rolling stocks will be purchased for DMRC to allow it to add new coaches and trains on Phases I, II and III to meet commuters rush.

“We have been witnessing a sea of people and often clogged traffic in the existing junctions due to which frequencies of trains are also affected, hence the Government has approved to add more rolling stocks (six and eight coaches) according to the stations feasibility to ease the rush and increase the frequency of the trains,” said Sisodia.

The Deputy Chief Minister said the new project will commence on the first day of new year and the completion of the entire Phase IV is expected on December 3, 2024.

“The DMRC has stated that as per the cash flow of Phase IV project, there is no operational loss. Hence, the operational losses are not envisaged for the entire operational period from its commissioning in 2024-25 in the revised DPR,” he added.