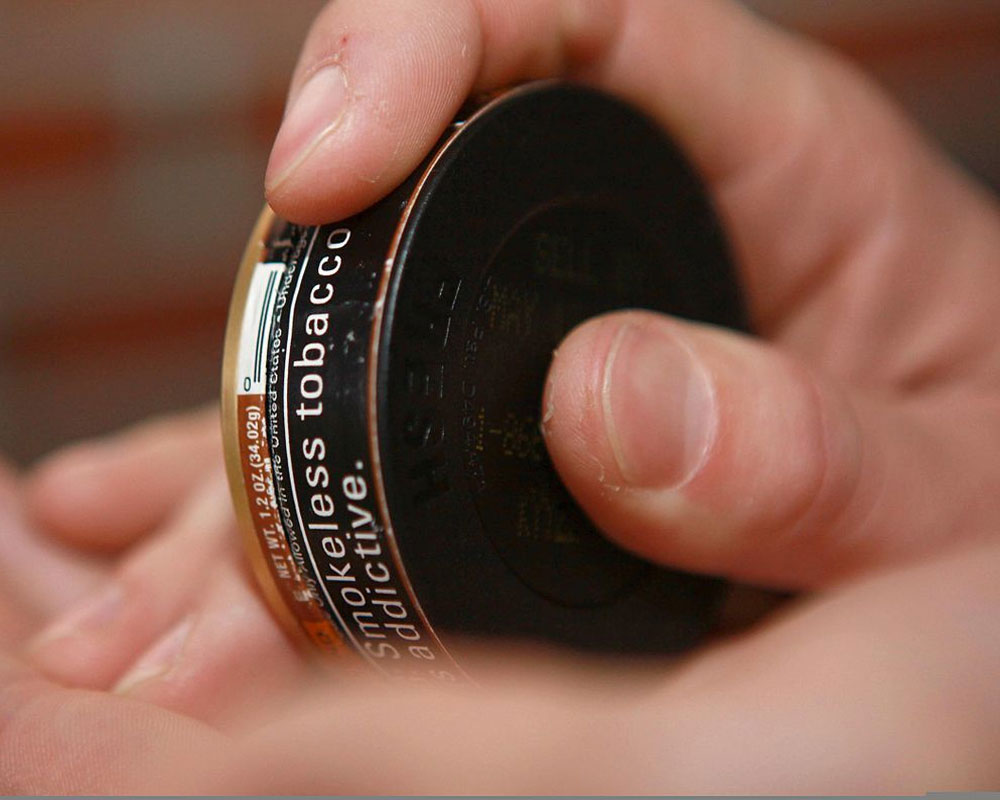 Smokeless tobacco (SLT) poses a global challenge as these products are largely unregulated and under-reported, with India being the largest consumer of such products by number, an NICPR official said Wednesday.

Also, limited data is available on the properties, production, ingredients and health hazards of these preparations besides a dearth of adequate research in this area, said Ravi Mehrotra, director of the National Institute of Cancer Prevention and Research (NICPR).

The NICPR collaborated with the Indian Journal of Medical Research (IJMR) to publish a special issue of the journal dedicated to SLT control.

He said SLT is a global public health menace being consumed by a whopping 360 million people across 140 countries and causes more than 650,000 deaths globally.

"Of this, almost 200 million people use SLT in India while it kills about 350,000 Indians every year. The total number of new cancer cases has gone up from 10,00,000 in 2012 to 11,57,294 in 2018, an increase of about 16 per cent," Mehrotra said, after the special issue of the IJMR encompassing the 'Challenges in Control of Smokeless Tobacco', the first such effort of its kind globally, was released by ICMR Director General Balram Bhargava.

"Awareness of the hazards of smoke tobacco use is also exploited by the tobacco industry, proposing SLT use as a harm reduction measure. The industry advertises SLT products as a safer alternative to cigarettes and advocates switching," Mehrotra said.

The WHO FCTC Global Knowledge Hub on Smokeless Tobacco, which was established at  the ICMR-NICPR in 2016, has completed a first of its kind compilation of the global progress made in SLT control in relation to all provisions of WHO FCTC.

"Given the lack of research on SLT in India (India's contribution to global SLT literature is at a meagre 11.7 per cent of all publications)," he said.

According to a research paper published in the IJMR, the prevalence of the SLT use among men and women is 29.6 and 12.8 per cent respectively.

"Although the burden is highest in India, not much effort except a few studies towards testing of harmful contents of SLTs has been made," mentioned the article.

The researchers called for comprehensive efforts from all stakeholders to deal with the high burden of SLT use in southeast Asia and stressed on the need for implementation of effective SLT control through pictorial health warnings and harmonized taxation policy.

The various research papers in this special issue of IJMR have highlighted the adverse health consequences of SLT use, namely increased risk of oral cancer and potentially malignant diseases, oesophageal and pancreatic cancer as well as heart disease and stroke.

Studies suggest that there is a need for implementation of effective SLT control through pictorial health warnings and harmonized taxation policy.

Training of healthcare providers in assessment of tobacco consumption habits of their patients and imparting brief tobacco cessation advice shall also go a long way in implementation of SLT control, he said.

The International Agency for Research on Cancer, a WHO agency, compiles and publishes cancer incidence and mortality data from 185 countries for 36 types of cancers.

Presenting data from Globocan 2018 published recently by the International Agency for Research on Cancer (IARC), Mehrotra said the total number of new cases in India were 11,57,294, a 15.7 pc increase over the numbers reported in 2012.

The number of cancer-related deaths have also witnessed a 12.1pc increase to 7,84,821 in 2018. Cancer of the lip and oral cavity demonstrated a remarkable 114.2 pc increase in number of cases while cervical cancer witnessed a reduction of 21.2 pc.

The comparison of Globocan 2018 and GBD data indicates that prostate cancer is the third most common cancer in males in Delhi although it does not figure in the top five cancers among males at the national level.

Similarly, gall bladder cancer, which does not figure among the top five cancers at the national level, is the third commonest cancer in number of cases detected among females in Delhi.